This is commitment - but would your partner actually be impressed?
by Will Bolton

A Texas man proposed to his long-time girlfriend by taking her on a 15-mile bike ride that spelled out the words "marry me."

Jon Blaze took his girlfriend Thao Nguyen on a ridiculously complicated ride through Houston so that he could propose in a way that involved their shared passion for cycling.

This man took his girlfriend on a very ~specific~ bike route. When they looked at their path on his phone tracker later, it spelled out "MARRY ME". She said yes! #PlayOfTheDay https://t.co/W1vUNMab63 pic.twitter.com/aRVFXDPdGV

"We ride together at least twice a week. We also lead multiple social rides in Houston," Blaze told KTRK-TV.

The hour-and-a-half ride began and ended at Buffalo Bayou Park, where Blaze dropped to one knee and revealed that the path they had just cycled spelled out the words "marry me."

"I went from being so annoyed by all the crazy turns we did to being completely shocked and with the biggest smile on my face," Nguyen said.

Creating art through gps tracking apps such as Strava has been going on for a while and back in 2017 road.cc reported on a strava art competition that took place at the Bristol Cycling Festival. 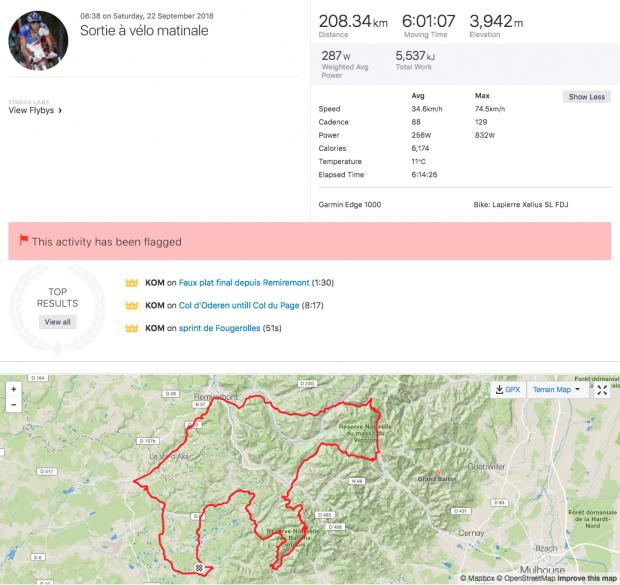 Some of the inspired creations included a chicken, a butterfly and what is supposedly a snail.

Oh, and of course there was that time Thibaut Pinot drew a goat while out on a training ride before last year’s World Championships.

After yesterday’s heartbreak in the Tour de France, it might be a good idea for Mr Pinot to head back to the hills to draw some more farmyard animals on Strava to cheer himself up.