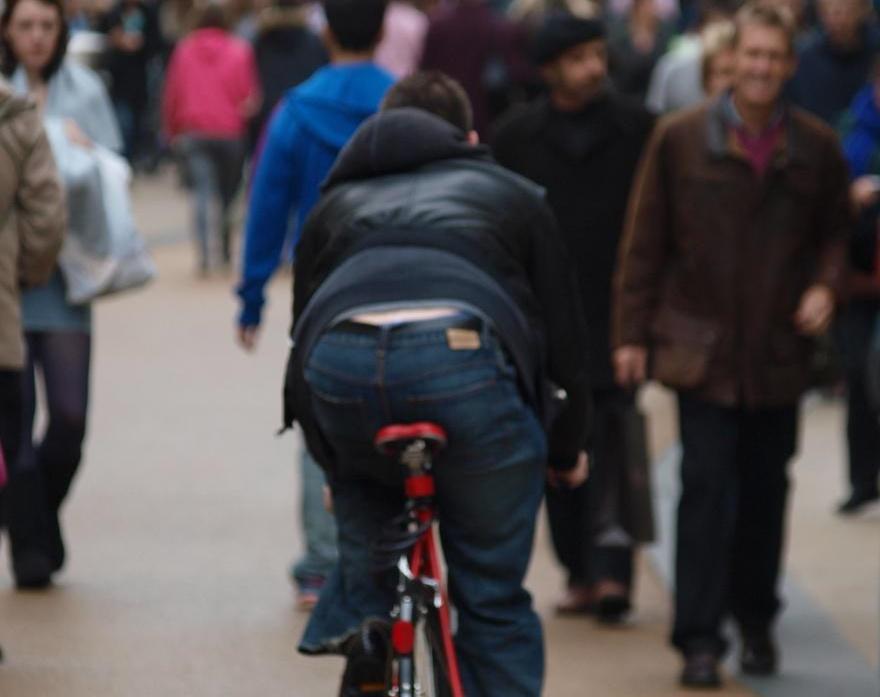 A paper in Hull has recieved a deluge of corrections after publishing a story claiming that people who cycled through the centre of the city were breaking the law – they were not.

The article, which has since been removed but can still be found via archive.org, included pictures of people riding bikes through areas of the city centre the paper said were pedestrian-only. However, those areas were made pedestrian and cycle friendly in 2017.

Hull Live originally published the story online and promoted it on social media.

Michelle Coldham, posted pictures of the supposedly pedestrianised areas with road signs clearly showing cyclists were allowed to ride through.

@hulllive
You really need to check things before you post Its been a cycle zone for well over a year now fgs! pic.twitter.com/Af9CfuWaPE

The story was also run as the front page on the Hull Daily Mail, with images of “offending” cyclists riding through the city.

Shame they ran it as front page pic.twitter.com/KcSlX9kPnu

It appears that the journalist reporting on the story, Anna Riley, was relying on an out of date map from the council and for a while there was confusion as she appeared to defend the paper's position.

After one twitter user then complained to the paper, the article appears to have been removed from the website, and the tweets from the reporter defending the story have also been deleted.

It appears that in the 2014 map used and quoted by the paper, the streets named by the council used to be pedestrianised but following the city centre improvements they are now open for all.

Councillor Daren Hale, portfolio holder for regeneration and economic investment, said: “Like many European cities, we want cyclists and pedestrians to be able to co-exist, enjoy and access these areas together.

“Obviously we expect all cyclists, residents and visitors to use the city centre spaces respectfully and with consideration for other users.”

Neither Hull Daily mail nor Anna Riley seem to have acknowledged that their story accused 55 entirely innocent members of the public of being criminals.

Riley's only response has been to complain that the somewhat robust criticism of her story, her subsequent doubling-down on relying on incorrect information and her failure to realise that the lack of "a sign explicitly banning cyclists in the area" was a hint it might not be banned, all amounted to "trolling".

They see me rolling, they hating! Instances of online trolling are far too commonplace in the UK and can even drive people to suicide. Twitter is one of the worst platforms for this, and thankfully there is the option to block and mute. It’s also an offence to report to police. pic.twitter.com/zee67vnFGV

A few days later the Council went a step further and announced Hull’s ambition to become one of the UK’s cycling cities.

Councillor Hale said: “The council has the ambition to make Hull a cycling city, and this is why we are investing £2m in the cycle routes and infrastructure over the next two years.

“We recognise that by creating a public environment which encourages cycling will not only improve the health and wellbeing of our residents, but also help to reduce congestion on our roads.”

It appears that a lot of cyclists and residents in Hull feel that articles like this, although not necessarily written with malicious intent, have a serious impact upon the relationship between cyclists and pedestrians trying to get around the city.

Next week Channel 5 will be airing a provocatively named documentary entitled “Cyclists: Scourge of the Streets?” as it appears media organisations are still unable to ignore the interest produced by the inflammatory narratives of “us v them”.