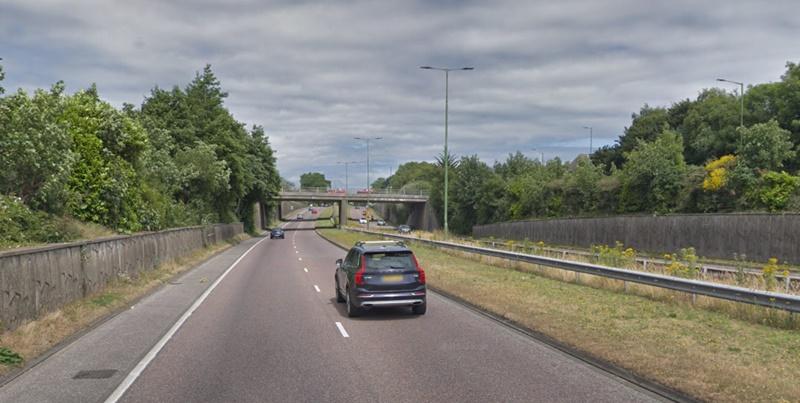 A338 Spur Road (via StreetView)

Dorset Council says it will not install either cycle lanes or signs warning drivers of cyclists on the A338 Spur Road near Bournemouth. A coroner said such measures could prevent further deaths, but the council says it does not want to encourage people to cycle on a dual carriageway.

Christopher Gibbs, 30, was riding home from work on an "arrow-straight" stretch of dual carriageway near Bournemouth at around 10.15pm on October 3, 2017, when he was hit from behind by a Mercedes Citan van driven by Kevin Johnson.

Johnson was sentenced to a 12-month community order after pleading guilty to causing death by careless driving. He said he had failed to see Mr Gibbs and believed he had hit a deer.

Speaking at an inquest into Gibbs’ death, his mother, Deborah Turner, told Assistant Dorset Coroner Richard Middleton: "I would like all vulnerable road users to be kept safe, and if that means a cycle lane on the Wessex Way, then there should be a cycle lane. There is no safe alternative route for cyclists from Verwood to Poole."

She told the court that she had pleaded with her son not to ride his bike on the road because she did not want him exposed to 60 or 70mph traffic.

“I didn't want him, as a vulnerable road user, there. But he felt he would be alright, and he should have been."

Asked whether there should be a cycle lane on the road, Inspector Joe Pardey agreed. "It is a major route into one of our biggest towns and cyclists should be afforded protection. A cycle lane would be great because it gives protection to cyclists."

The BBC reports that in his Prevention of Future Deaths report, Middleton said other witnesses had expressed surprise at the lack of protection for vulnerable road users.

Middleton concluded there was a risk that future deaths could occur unless action was taken.

Dorset Council road safety manager Mike Potter said: "While there are no regulations that prevent a cyclist from using dual carriageways such as the A338, it is not something that Dorset Council actively encourage.

“The road has not been identified as a key cycle route, and facilities for cyclists on or alongside the road are not being considered at this time.

“Dorset Council will not be supporting the installation of cycle warning signs as, not only would it go against the prescribed use of such signs, they could generate a false sense of security and encourage more people to choose to cycle on the A338.”