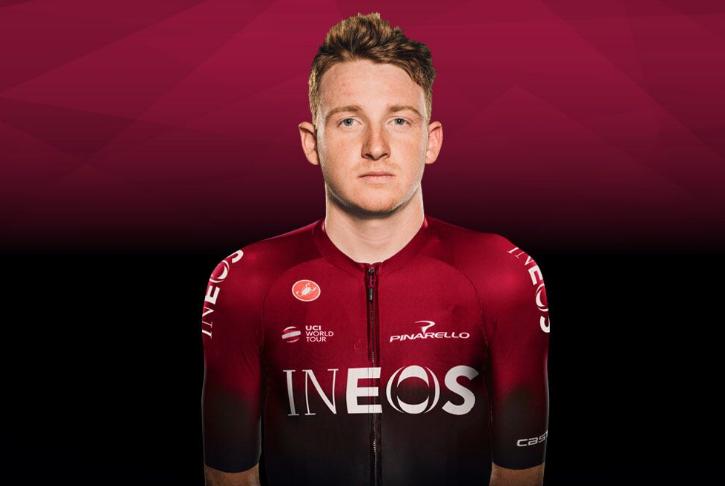 Team Ineos rider Tao Geoghegan Hart will undergo surgery in Manchester next week after fracturing his clavicle in a crash at the Giro d’Italia today.

The London-born Scot was in a 25-man breakaway when he crashed after the first climb of the 196-kilometre stage from Pinerolo to Ceresole Reale.

This evening, Team Ineos said that x-rays confirmed that the 24-year-old had fractured his right clavicle and he will fly back to the UK tomorrow.

Team doctor Inigo Sarriegui said: "Tao’s front wheel went from under him and he fell on his right shoulder.

“X-rays have confirmed that he has a fracture of his right clavicle so he will fly home tomorrow and will have an operation next week."

Colombian rider Egan Bernal had been due to lead the team in the Italian Grand Tour but broke his collarbone during a training ride in Andorra earlier this month.

As a result, the 21-year-old Pavel Sivakov and Geoghegan Hart, who were first and second overall respectively at last month’s Tour of the Alps, were given joint leadership of the team at the race, won last year by Chris Froome.

Sivakov finished ninth on today’s Stage 13, won by fellow Russian Ilnur Zakarin of Katusha-Alpecin, and occupies the same spot on the General Classification.