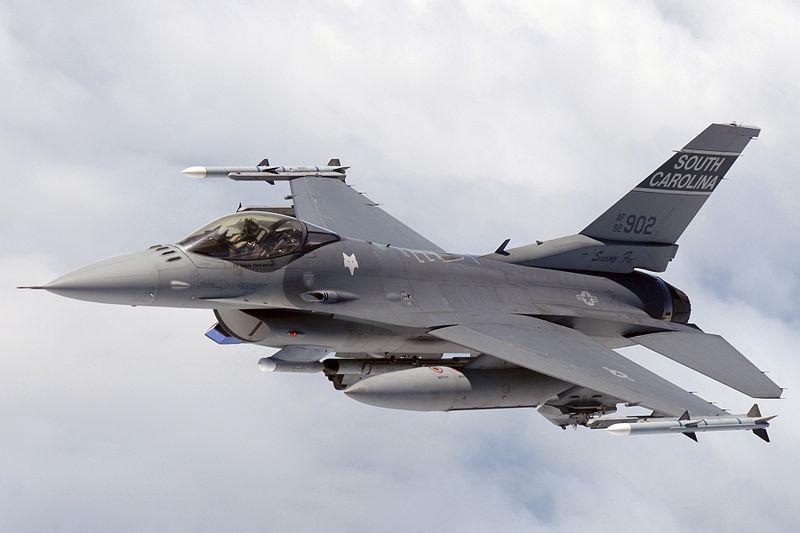 Plane was carrying live armaments when it hit building but only injuries were minor, officials confirm
by Simon_MacMichael

The USA distributir of Italian cycling shoe firm Sidi has warned customers to expect delays to their orders after a US Air Force F-16 Fighting Falcon jet crashed into its warehouse in California.

Fortunately, only minor injuries were sustained by the pilot, who ejected before impact, and 12 people on the ground, reports ABC News.

The incident happened at around 3.45pm local time outside March Air Force Reserve Base, which lies to the east of Los Angeles in Riverside County, the 11th most populous county in the United States.

The brand’s distributor, Ciclista America, said on the SIDI Cycling USA Instagram account: “Unfortunately, this was our warehouse that was crashed into.

“We will not be able to ship any orders until Monday as the staff was evacuated.

“The good news is everybody was able to get out safely and the pilot is ok. We're sorry [for] any issues this may cause.”

Unfortunately, this was our warehouse that was crashed into. We will not be able to ship any orders until Monday as the staff was evacuated. The good news is everybody was able to get out safely and the pilot is ok. Were sorry any issues this may cause.

Jeff Schoffstall, who works at another company based at the same complex, vehicle customisers Ride Right Designs, posted pictures of the aftermath of the crash to Facebook.

The plane, which was carrying live armaments, was based in Sioux Falls, South Dakota, and was taking part in an air defence mission as part of an operation launched following the 9/11 attacks in 2001.

“The NORAD alert aircraft was flying with a standard armament configuration as part of its Operation Noble Eagle commitments," a Department of Defense official said.

The nature of the ordnance the F16 was carrying has not been disclosed for operational reasons, but given the mission it was engaged in s believed likely to have comprised air-to-air missiles.

The official added that the "armament has been secured and will be disposed of in accordance with Air Force policies and regulations."

Fortunately, the aircraft did not explode on impact, although the crash did cause significant structural impact to the warehouse. A small fire that broke out was quickly extinguished by the building’s sprinkler system.