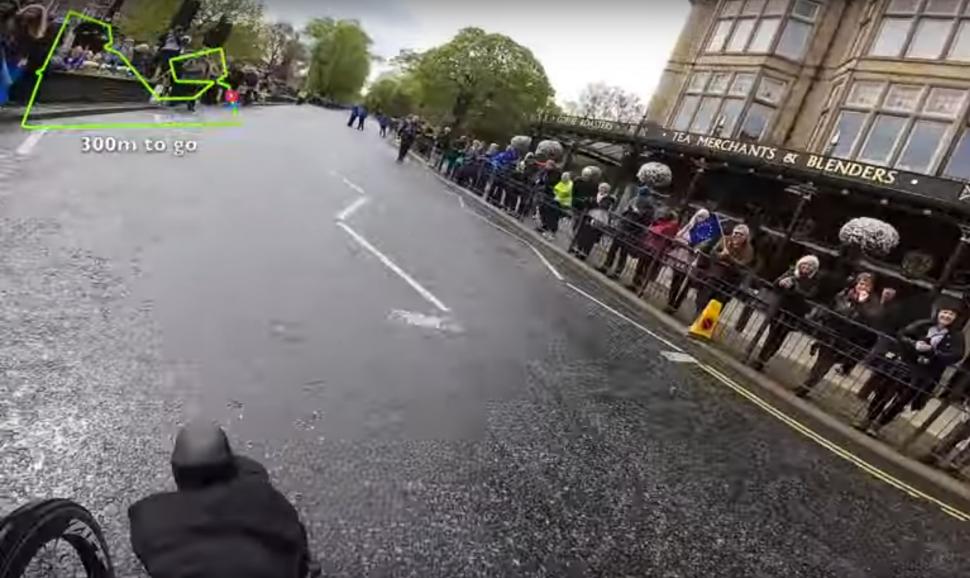 This McLaren will follow Bahrain Merida's Vincenzo Nibali in the tomorrow's Giro d' Italia opening time trial. Lucky for some.

10 May 2019, 16:01
Video: On bike recce of the finishing circuit of this year's Road World Champs course in Harrogate

Your chance to join legendary bike tester, rider, and proud Yorkshireman, Guy Kestevan on a one off, on bike recce of the 14km finishing loop of this year's Road Worlds, round the lumpy (not bumpy) roads of Harrogate. The start/finish goes the wrong way up/down a one way road so the only way for Guy to get the recce vid was to jump on to the course (he got the nod to do so) ahead of the Women's Tour de Yorkshire - which also used the same loop. Guy's always entertaining an enlightening company and he is in this vid too. He's also a strong rider - at the very top end of 'mere mortal', so you get a good impression of how hard that finishing lap is going to be even for the pros.

@SimonYatess: "There are many favourites for the Giro but I do believe that I’m in great shape and I’m confident in winning it. I’m confident in my abilities. I’ve dedicated the last twelve months to this race now". #Giro pic.twitter.com/41hlijR2lb 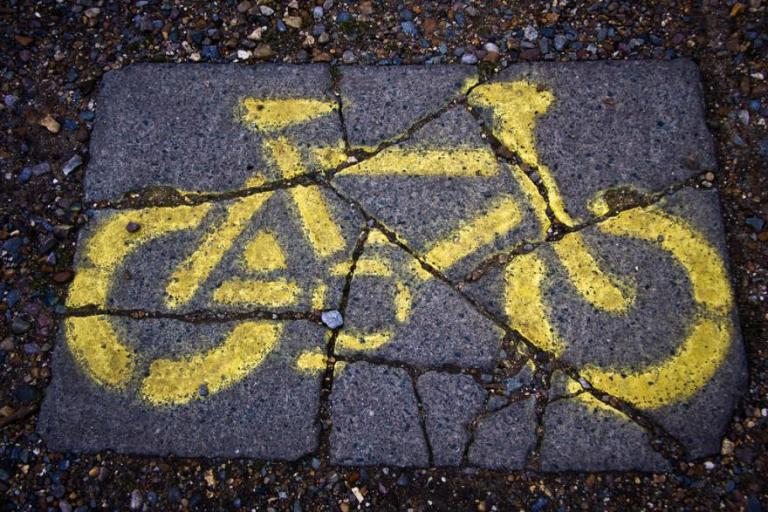 If getting banned from cycling doesn’t discourage you maybe this 2000points fine will. pic.twitter.com/u5epzM7wZQ

It’s “part of the brand’s commitment to advanced comfort” apparently.

10 May 2019, 12:18
Sky News have been discussing “whether it’s a motorist’s responsibility to make a cyclist feel safe”

West Midlands Police were unimpressed with the tone used.

Society is defined by how we take care of the vulnerable in any given situation. Driver behaviour has created an environment where people are now scared to make positive life choices & use #activetransport, the onus for change lies with those who pose the #greatestthreatofharm.

Dame Sarah Storey also stepped in when the Sky News Twitter feed published a follow-up poll asking whether it was time for cyclists and motorists to “bury the hatchet”.

Hatchet? Please stop such inflammatory reporting. People moving around their villages, towns & cities shouldn’t have to do so in fear of their life because there’s a bully in a metal box who wrongly perceives they have right of way.#greatestthreatofharm https://t.co/jg6N6CRBql 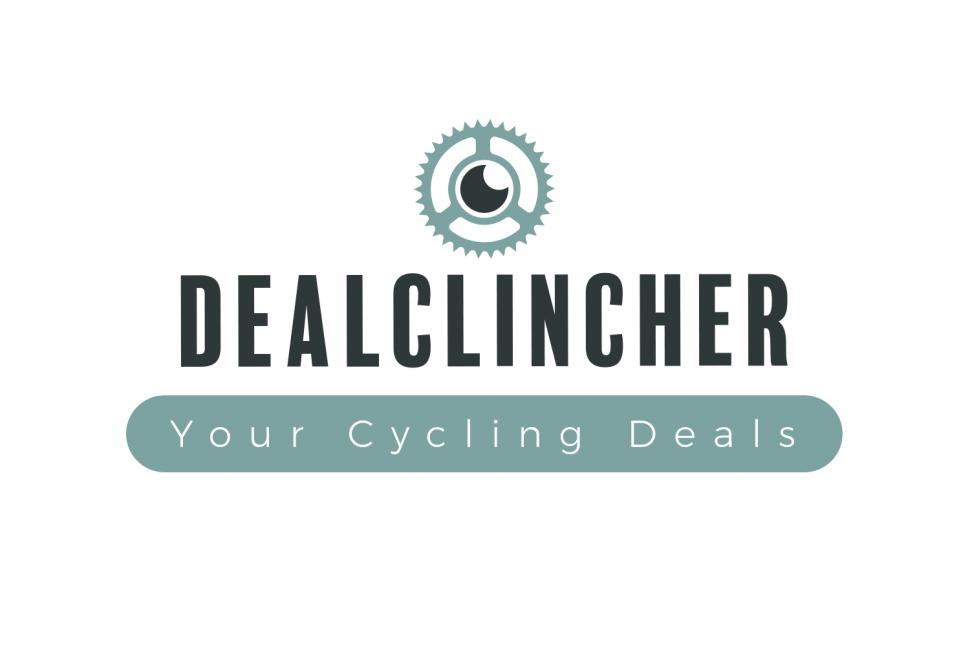 We've got a brand new spot over on the forum where you can post links to cycling deals that you find.

Head over there now for a great deal on 4iiii power meters!

Matt Walker and Connor Swift go head-to-head in a race down Cwmcarn's legendary black run, followed by a climb up the Gospel Pass. 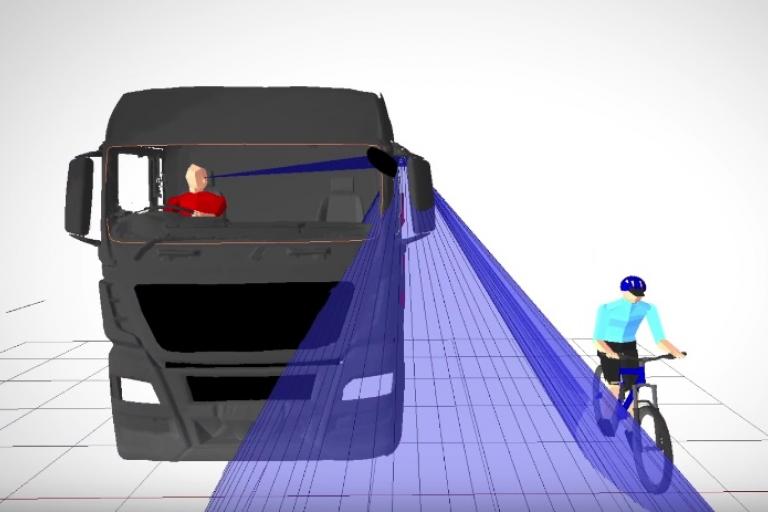 Loughborough Design School project led to the introduction of the Direct Vision Standard.

If you think that lorry drivers actually being able to see pedestrians and cyclists is a good thing, maybe you'd like to vote for them.

South Wales Police Cardiff have uploaded a gallery of stolen bikes recovered from a property in the Riverside area of the city. If you or anyone you know has had a bike gone astray, the number to call and a reference number is there. Weighing 175g for the 100mm version, this snazzy new 7050 aluminium stem has aero in mind with hidden bolts and a smooth external shape, and an angle of 80°. Price in euros is quoted at €109.95, and it's already for sale online at Depor Village.

Mark Cavendish has paid tribute to Marcel Kittel after the German sprinter agreed to have his contract with Katusha Alpecin terminated early by mutual consent yesterday.

1/3 For many years of my career I felt unbeatable, invincible. 1 rider came that changed that. A mountain of pure muscle and blonde hair. That rider is @marcelkittel. It seemed like cyclings version of Rocky IV. He was the first rider I ever had to “work out” how to try and beat.

2/3 Marcel, I want to say thank you for a rivalry that lifted my game, but above all gave an excitement to cycling fans.

3/3 As competitors, we all try to have an edge on each other. But as humans, we should only wish for peace and happiness for each other. From my heart, I wish you the all the best for your next chapter.  pic.twitter.com/R0sq6JlObY 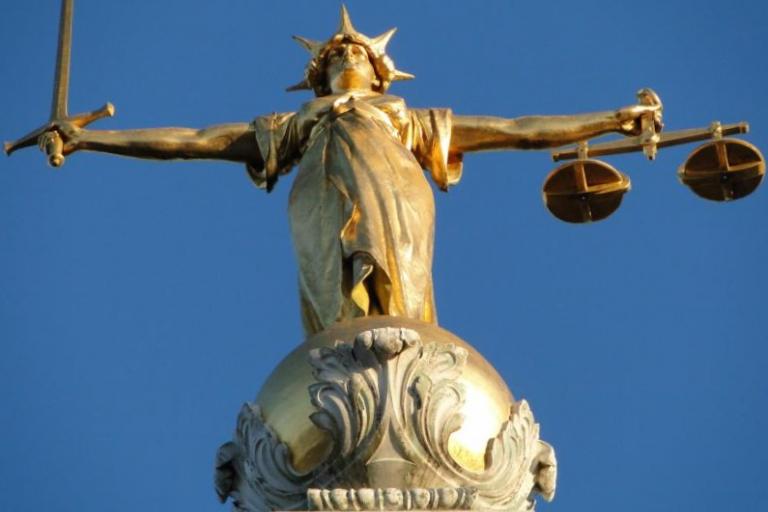 This is quite the sentence. A Kiwi motorist who deliberately hit a cyclist and broke his leg has basically been grounded.

Sean Woollgar, a cyclist from Carterton just outside Wellington, was riding home from the supermarket in 2017 when Joshua Rowland started beeping his horn at him.

Woollgar said he turned and said, “Hey, what's up?” and the motorist then started tailgating him and driving alongside “really close.”

"At that point I got a bit angry, and I went up onto the pavement and swore," said Woollgar.

He tried to ride away, but Rowland followed him. Stuff reports that he eventually turned round, mounted the pavement and drove into Woollgar.

As the cyclist lay on the ground with a broken leg, Rowland walked up to him and said, "serves you right".

Woollgar’s leg was so badly broken he will likely never have full use of it again.

In court this week, Rowland's lawyer said his client’s head "was not in a good space" when the incident took place.

Rowland pleaded guilty to causing grievous bodily harm and also admitted driving in breach of his limited licence terms, unaccompanied and without displaying an L plate.

He was sentenced to 10 months' home detention, 200 hours of community work, disqualified from driving for a year, and was ordered to pay $5000 emotional harm reparation to Woollgar. He also has to take treatment programmes and counselling as directed.

Woollgar said he never wanted Rowlands to go to prison. "He has got anger issues. He needs to deal with it and prison is not the place for that."

He did say that he would have liked him to be banned from driving for more than 12 months though. "Hopefully he will appreciate how lightly he got off," he said.

1
Shimano takes over Tour de France neutral support from Mavic
2
Near Miss of the Day 522: Land Rover driver in pointless close pass
3
Five cool things coming soon from Assos, BTWIN, Quintana Roo, Cadex and Iris
4
Cycle to Work scheme bikes (temporarily) don't have to be used for commuting
5
Cyclist crushed after farm worker failed to secure straw bale to trailer, court told
6
Police investigating cyclist Tony Parsons' disappearance confirm his body has been found
7
Near Miss of the Day 521: Close pass ... by a police van (plus how it all went a bit Kafkaesque afterwards)
8
eBay seller refuses to accept bike auction offer – says "would be unhappy if I sold to Scouser"