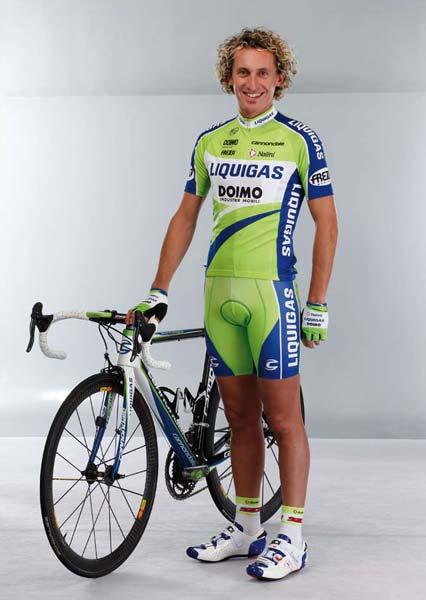 Rider's exoneration follows news that UCI had no grounds to fine Vinokourov...
by Simon_MacMichael

Pellizotti, third in the 2009 Giro d’Italia – he was subsequently elevated to second after Danilo di Luca failed a drugs test – was suspended days before this year’s race, for which he was one of the favourites for the overall title.

That suspension was imposed after the UCI announced it had discovered irregularities in three separate tests conducted during that year, one of which took place in Monaco ahead of the start of the 2009 Tour de France, in which Pellizotti won the mountains classification.

The 32-year-old’s absence from this year’s Giro saw Vincenzo Nibali called up as a late replacement, and the Sicilian would go on to finish third behind team mate Ivan Basso before confirming his rise with the overall victory in last month’s Vuelta a Espana.

Pellizotti, however, has expressed his frustration at having wasted a season and says he intends to seek redress from the UCI. “I’m very satisfied and it couldn’t be any other way after this absolution at the TNA. Certainly, I’ve missed a season and now I’m going to seek damages from the UCI,” he told the Gazzetta dello Sport.

Prosecutors at CONI had been seeking a two-year ban for Pellizotti, but yesterday’s ruling, based on the fact that "insufficient elements existsed to prove manipulation” leaves the cyclist, who hails from Udine in north-east Italy, free to race again.

The UCI, for its part, is understood to be awaiting documents of the case from Italy ahead of making a decision as to whether to appeal the TNA's verdict to the Court of Arbitration for Sport (CAS).

Meanwhile, the organisation that represents Italy's pro cyclists, the Associazione Corridori Ciclisti Professionisti Italiani (ACCPI) has given Pellizotti its backing and said that "the biological passport cannot be used as a punitive instrument."

In a statement on its website, the body said "the 'Pellizotti Case' is the umpteenth confirmation of what the ACCPI has always maintained: the biological passport is an adequate weapon in the fight against doping if it is used as an instrument of enquiry, in an inductive way, but absolutely cannot be used as a coercive instrument, as the only proof to suspend an athlete."

The ACCPI added that after learning of Pellizotti's exoneration its President Amedeo Colombo said: "I'm happy for the good news Franco received today, but truly disappointed because no-one can give hiume back the season he's lost. I hope at least that this episode will serve as a lesson to the authorities to adopt clearer, transparent regulations to safeguard athletes and the image of cycling."

News that Pellizotti plans to take the UCI to court to seek compensation for his lost season are unlikely to be welcomed by the sport’s governing body in the wake of reports that the UCI has lost a case at the CAS over a fine imposed on Alexander Vinoukourov following the Kazakh cyclist’s positive test for a blood transfusion during the 2007 Tour de France.

In common with other riders participating in the race, the Astana rider had signed a contract requiring that any cyclist receiving a two-year ban for doping offences would be fined a year’s salary, with the money going towards the UCI’s anti-doping programme.

However, according to Spanish press reports, the CAS has ruled that the UCI did not have legal grounds for enforcing such a requirement, describing it as a PR initiative aimed at restoring cycling’s credibility, and said that the €1.2 million fine imposed on the rider was invalid.

The UCI has also come under renewed criticism this week for continued delays in reaching a decision about Alberto Contador's fate following his failed test for clenbuterol during this year's Tour de France. The Spaniard was absent from Tuesday's launch of the 2011 route.