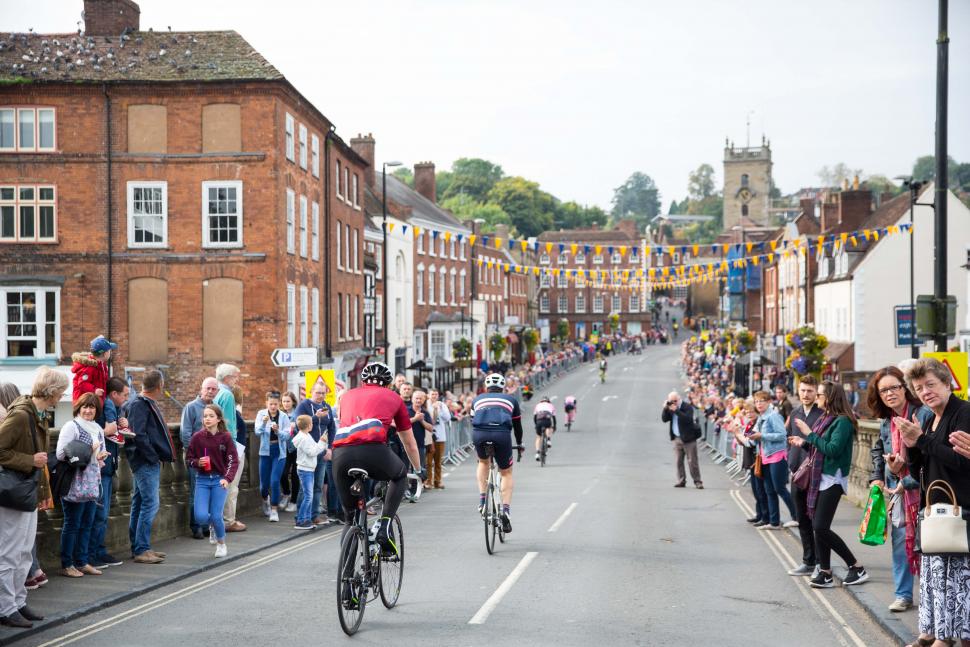 Organisers say that changes follow consultation and will ease disruption caused by 17,000-rider event
by Simon_MacMichael

A councillor has said that changes made to the route of Vélo Birmingham and Midlands are “unforgiveable,” with local residents notified of the alterations a month and a half before the event is due to take place on Sunday 12 May.

Organisers CSM Active, however, say that the amendments, which follow consultation with stakeholders including local authorities whose areas the 100-mile route passes through, are designed to reduce disruption caused buy the event, which will have 17,000 participants.

Birmingham Live reports that residents were notified of the changes by letter last week.

Deirdre Alden, Conservative Councillor for Edgbaston, said: "My particular annoyance is that the route through Edgbaston has been changed with no notification to either councillors or residents until now.

"People who live on the route may well have organised events, thinking that the route (as published in December) was not going to be along their road – only to find at this late stage, that it is. This is unforgivable."

Fellow Tory councillor Debbie Clancy, who represents Longbridge and West Heath, also criticised what she saw as poor communication of the changes.

“The event will have an impact on many people for instance anyone travelling to work, visiting elderly relatives, social family events generally shopping, getting to the airport etc,” she said.

"When you look at the size of the route you can understand why residents within the route will feel trapped should they need to get through the route barriers."

In response, CSM Active told Birmingham Live: “Route changes are a result of ongoing planning and consultation with key stakeholders, transport providers and agencies to ensure that we maintain as much access as possible across the West Midlands and minimise disruption.

“While we acknowledge that the changes will affect some areas that previously weren’t impacted, they significantly improve access across the West Midlands, particularly in Birmingham.

“A second letter drop to thousands of homes and businesses with key information including the route changes started on Monday, March 25. The new route is also available to view at www.velobirmingham.com.”

The closed road event was first held in 2017 under the name Vélo Birmingham on a different course which headed out into Worcestershire and Staffordshire but which underwent significant revisions in the build-up due to opposition from local residents and businesses.

A planned second edition last year was cancelled ahead of the event being relaunched as Vélo Birmingham and Midlands for 2019.