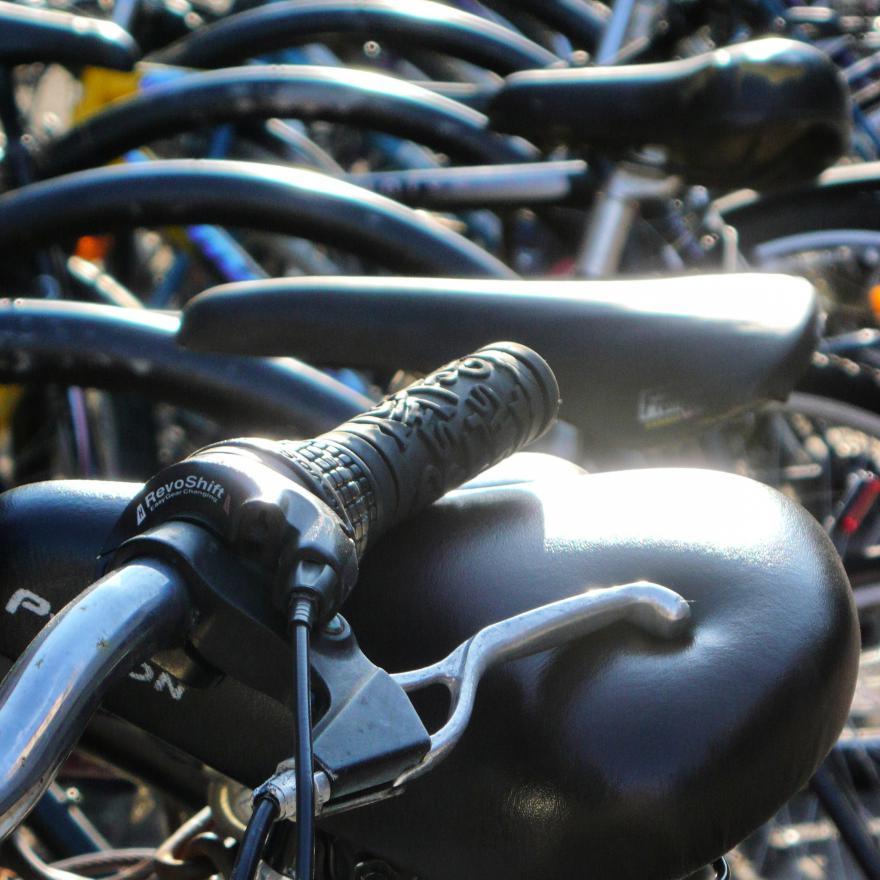 Cyclist impaled on brake lever after driver knocks him off bike

A cyclist from Hereford has spoken of how he was impaled on the brake lever of his bike after a rat-running motorist knocked him off it.

Dane Phillips, aged 45, was riding to a supermarket on Monday 28 January when a motorist hit the front wheel of his bike, sending his bike into the air, reports Metro.

It landed on top of him, impaling his right leg, which necessitated fire-fighters to cut the handlebars off the bike. He was rushed to hospital, where he underwent surgery to remove the handlebars and brake lever.

He said: “I was on my way to Aldi and cycling the route I’d done a thousand times before when this car came out of nowhere. ‘It all happened so fast, it clipped my front tyre and the bike just flew up 10 feet in the air.

“I was lying on the ground and the bike landed on top of me with the handlebars through my leg.

“At first I didn’t initially realise I had been hurt, and then I saw that the gear and brake levers on the handlebars were stuck deep in my leg.

“The handlebars had to be cut off my bike by firefighters using specialist equipment at the scene and then I was taken to hospital to have them removed from my leg.”

He said that the street layout in the area where the incident happened were dangerous for cyclists.

“It was not a one-off, the narrow streets in Whitecross in Hereford are used as rat-runs by drivers looking to get in and out of the city,” he explained.

“It could have been a child that was hit,” he added. “It was a big car and it could easily have been a fatal accident. I’d just like to raise awareness, in the hope that this doesn’t happen to anyone else.”

While cyclists being impaled on their bicycles is thankfully a very rare occurrence, it does happen now and again.

In 2015, we reported how a cyclist from Leeds needed surgery after his leg became impaled on his bike’s handlebars.

And last August, we reported on the tragic story of a six-year-old boy in the US who was killed in a similar incident after the handlebar tube had become exposed due to disintegration of ends of the rubber handlebar grips.

1
“How would you like to be on camera now?” Shirtless driver accosts CyclingMikey
2
Cyclist punched repeatedly by motorist in road rage incident
3
Cyclist "luckiest man alive" after tumbling down "crazy" brick staircase on cycle route's steep hill
4
Near Miss of the Day 789: Sensible discussion and apology follows learner close passing cyclist during driving lesson
5
“This could be his GC over”: Joe Biden falls off bike after getting foot caught in toe straps
6
Near Miss of the Day 786: “They have been behind you for some time” – Police say close pass isn’t careless as cyclist didn’t change direction
7
“Sparks flying in broad daylight”: Thief attempts to steal Labour MP’s bike using angle grinder
8
Near Miss of the Day 787: “It’s a cycle lane, innit?” Driver punishment passes cyclist for not riding on notorious Priory Road bike lane