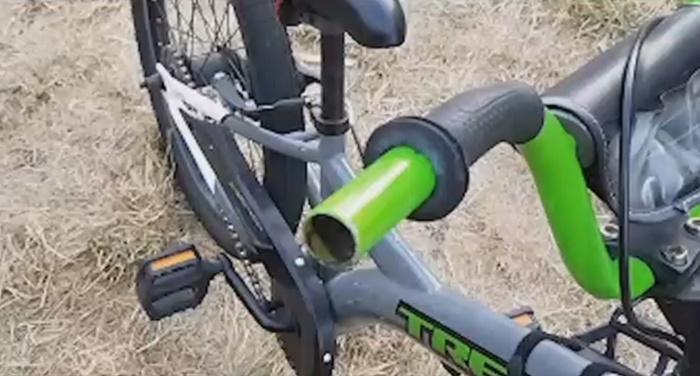 Handlebar tube had become exposed through the grips
by Alex Bowden

A US father has advised parents to examine their children’s bikes after his six-year-old son lost his life following a freak accident which saw him impaled by the end of his handlebars.

NBC reports that Denny Curran was riding his bike with friends on quiet residential roads in Pullman, Washington State, last month, when he fell.

According to Denny’s father, Keith: "For some reason, and I don't know yet, the bicycle handlebars turned ninety degrees and impacted the asphalt and impaled him in his abdomen."

He was airlifted to hospital. Writing on Facebook, Keith said: “He tore his iliac artery and lacerated his abdomen. He stopped breathing and CPR was performed. They had to clamp off the artery.”

The T-shirt Denny was wearing had a perfect circle where the handlebar impaled him. It seems the handlebar tubing on his bike lacked bar end plugs and the edges had worn through the rubber grips.

"This bicycle's handlebar tubes," said Keith, "they are these tubes and they have some serration on the end of them, and through normal operation of bike it saws off the rubber on the grips and they poke through.”

He added: "I looked at the bicycle afterwards and I see that the grip had been moved forward. I don't know if that was from the impact of his body hitting it or if that was from operational use."