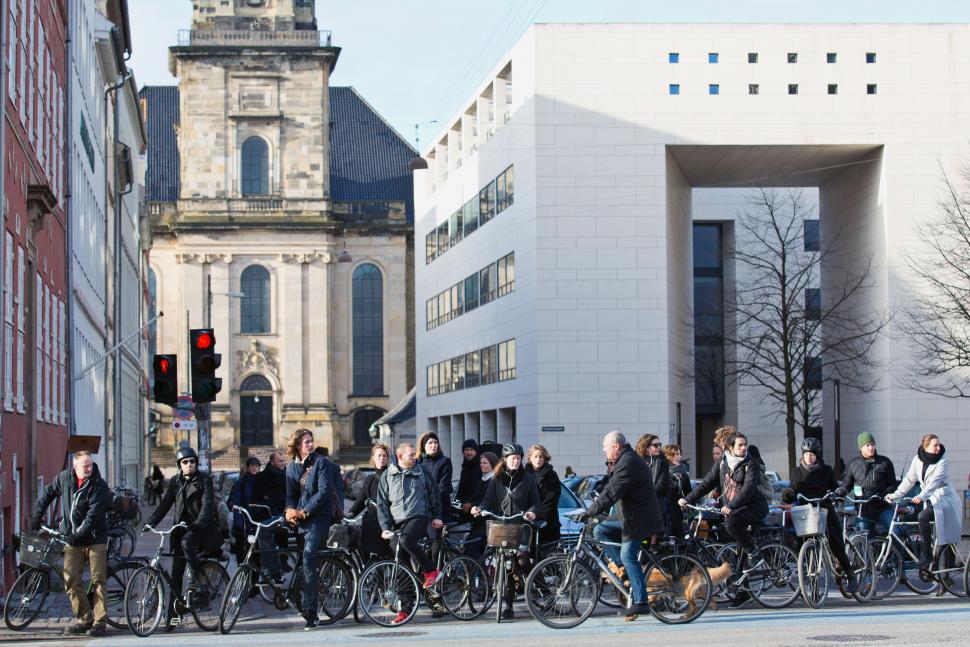 The Danish cyclists’ federation Cyklistforbundet has launched a campaign calling for people who ride bikes to work to be given tax breaks – and the initiative has the support of organisations representing some of the country’s biggest employers.

The federation also wants to see a reduction in vehicle speeds in urban areas and subsidies for people buying electric bikes, reports the Copenhagen Post.

The campaign has been launched ahead of parliamentary elections later this year in the hope that political parties will adopt the proposals, with measures aimed at tackling climate change likely to be a key issue of debate.

Klaus Bondam, who heads Cyklistforbundet, outlined the proposals to TV2 News, saying: “I think we can convince the government that funds need to be set aside.

“Previously we’ve had the ‘Cycle Billion’, which aimed to improve infrastructure from 2009-2014.”

Currently, tax breaks are on offer to people who live more than 12 kilometres from their place of employment.

However, Cyklistforbundet wants the regime changed so it benefits all those who use public transport or a bike for their commute, to encourage greater uptake of those modes of transport.

“You could easily imagine that we change the transport [tax] deduction so people receive a deduction for using public transport and for cycling,” he said, “instead of how it is today, which is a deduction if you live more than 12 km away from work.”

It is also proposed that local councils be given a share of a 200 million Kroner (£24 million) annual central fund for initiatives that promote cycling, with Bondam pointing out that the figure reflects just one fiftieth of the spend that goes on infrastructure for motor vehicles.

The Copenhagen points out that the proposals are backed by employers’ federation, Dansk Industri (DI) – Denmark’s equivalent to the CBI, and made up of eight trade bodies.

Michael Svane, who heads one of those, the Danish Transport Federation, said that getting more people cycling could result in 267,000 sick days taken by employees being saved across the country each year.

He added that more people on bikes would mean less congestion on the roads, which would benefit businesses.

“I support it as an individual and as a DI representative because we have conducted a survey for what cycling means for the mobility of the business sector, and it shows that traffic is reduced by 6 per cent on the most congested roads (not including motorways) if we can get 10 per cent more people cycling to work,” he explained.