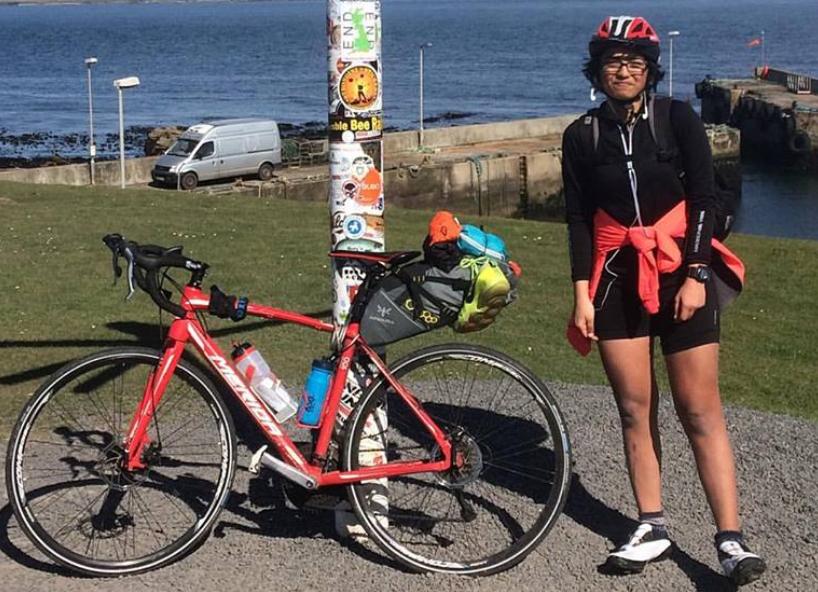 A Bournemouth University student has become the fourth fastest woman to cycle round the world, as well as the youngest – and the quickest Asian, male or female, to do so.

Vedangi Kulkarni from Pune, India, set out on her circumnavigation from Perth, Australia in July and was set to fly there from Kolkata on Christmas Eve to ride 15 kilometres back to the start point and formally complete her 29,000-kilometre trip in 159 days, reports the Times of India.

The Guinness World Record for the fastest circumnavigation of the globe by a female cyclist stands at 124 days, set by Scotland’s Jenny Graham earlier this year.

During her ride, Kulkarni, who celebrated her 20th birthday along the way, was chased by a grizzly bear in Canada, being robbed at knifepoint when cycling in Spain, and camping out in sub-zero temperatures in Russia.

Her journey took her through 14 countries including New Zealand, Portugal, France, Germany, and Finland with an average daily distance of more than 180 kilometres.

She lost time along the way due to visa difficulties, which also hampered her progress through Europe and Russia as winter set in.

She said: "My parents have done a great job in giving a 19-year- old all the required mental support and encouragement to explore the world, standing strong when the going got tough, always being on the other end of the phone and at not letting the curiosity die out due to ill experiences even though the parental instincts told them otherwise."

Among those to congratulate her on social media was the men’s Guinness World Record holder, Mark Beaumont.

Huge congratulations Vedangi - a ride with courage and spirit https://t.co/P2J9jZQ5KT