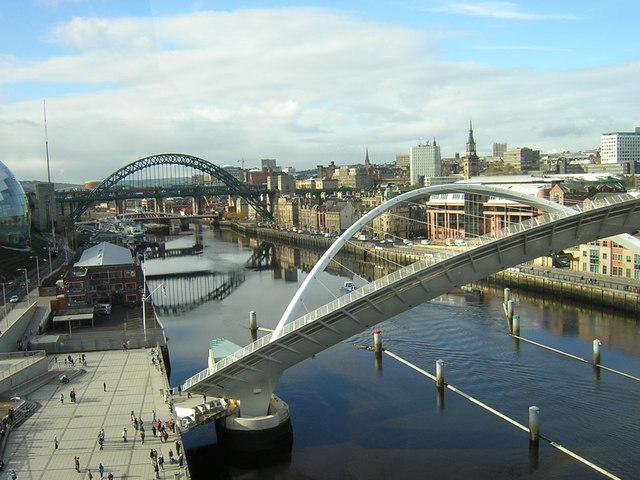 Newcastle City Council has responded to suggestions that cycling investment has been too focused on wealthy areas by suggesting that the Department for Transport’s (DfT) system for handing out funding encourages it to focus on locations where cycling is already popular, reports Chronicle Live.

One of eight cities to have benefited from Cycle City Ambition funding, Newcastle has invested £16.3m on a series of schemes, including on John Dobson Street, the Gosforth Corridor, and Brandling Village.

Speaking to a finance and budget monitoring scrutiny sub-committee this week, Councillor Steve Fairlie, who represents Callerton and Throckley, argued that poorer areas are being overlooked.

"If you look at Elswick or Benwell, I would think that those are top of the list because they have some of the lowest car ownership and greatest deprivation.

“We are supposed to spend money on tackling inequalities. It is great having these cycle routes, but they are not in the areas where we will tackle inequalities – that should underpin our spending priorities.

"There seems to be a mismatch between what the DfT thinks and what we think. Cycling to work is great if you have a regular job with regular hours in the city centre, and you work in an office sat on your backside all day.

"But I represent the outer west and the people around me work all over the place – they work in Cramlington or at Nissan."

Rob Snowball, the council's senior specialist transport planner, said the DfT's system for handing out funding encouraged investment in locations where cycling was already popular. He said the argument was that these are areas where there is "value for money" even though it "forgets the wider health benefits".

He did however add that the council is seeking to develop a wider cycle network for the city.

Fairlie said: "There are six or seven major housing schemes in my ward that we are trying to integrate into the existing community. It is not all about the city centre.

"Cycling has to be a big part of that, we need to link it all up and make a wider network. It just takes one pinch point where you can't cycle to knock out the whole journey."