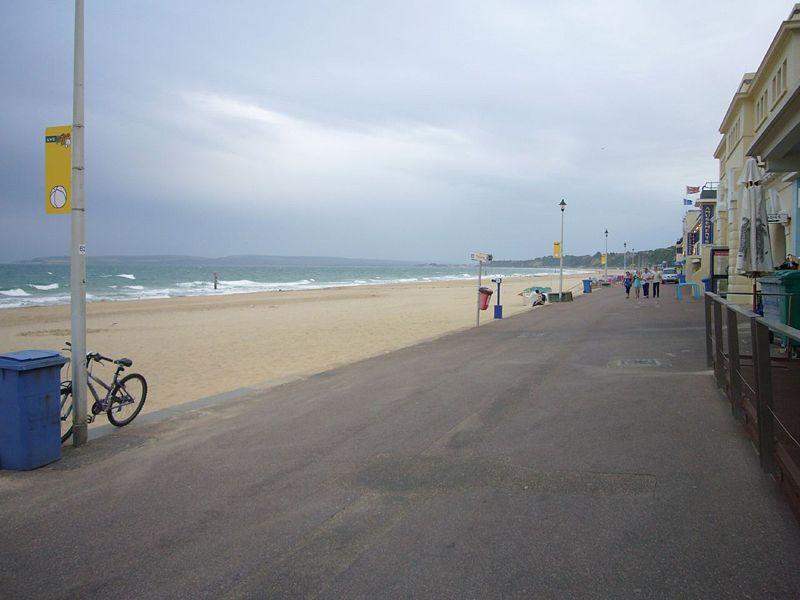 Cycling UK says money would be better spent targeting "troublemakers," not "vilifying all cyclists"...
by Simon_MacMichael

Four digital signs have been installed on Bournemouth’s promenade warning cyclists riding at more than 10 miles per hour to cut their speed – although Cycling UK says the £12,000 outlay would have been better spent targeting “the few troublemakers, rather than vilifying all cyclists.”

The Times reports that three of the digital signs, similar to those found on some roads that use radar to assess the speed of vehicles and tell motorists to slow down if they exceed the speed limit, have been funded by Bournemouth Borough Council.

The fourth has been paid for by owners of beach huts on the seven-mile stretch of seafront where the speed limit applies.

The newspaper reports Ann Gerard, chairwoman of the Bournemouth Beach Hut Association, as claiming that bike riders “absolutely fly by on some parts of the prom.”

She added: “We have tried to stop people and tell them the speed limit but we just get a lot of verbal abuse.”

Sam Jones, senior campaigns officer at Cycling UK, highlighted that the charity encourages people to ride with consideration for others and that there were better ways of spending the money.

He said: “We always encourage people to go carefully and considerately and people shouldn’t be using the promenade as a cycle motorway, it is a shared space.

“But £12,000 for four signs seems a bit excessive. Maybe the money would be better spent addressing the few troublemakers, rather than vilifying all cyclists.”

Ann Gerrard, chairwoman of the Bournemouth Beach Hut Association, said cyclists “absolutely fly by on some parts of the prom. We have tried to stop people and tell them the speed limit but we just get a lot of verbal abuse.”

The perception of conflict between cyclists and pedestrians on Bournemouth’s promenade is a story we have had cause to revisit a number of times over the past decade here on road.cc.

In August, the Conservative-controlled council rejected a call to install a separate cycle lane there, but acknowledged that the presence of cyclists “is perhaps the most commentated on and divisive challenge we have.”

Bicycles are banned from some parts of the promenade throughout the year, and from the whole length of it from 10am to 6pm during the peak summer months of July and August.

Councillor Pat Oakley, who holds the Tourism, Leisure & The Arts portfolio at the council, said: “The option of a cycle lane has been looked at in detail several times and has always been discounted because it would cause more conflict between cyclists and pedestrians with them both claiming their own space and would, indeed, encourage cyclists to cycle faster.

“Much of the pedestrian traffic on the promenade is across the prom – children from the beach huts to the sea and beach and so on – and implementing a route which gives cyclists the right of way will only exacerbate the current issues.

“The current system of shared space generally works well and the pedestrian has clear priority,” he added.

“The safety issue with regards to cycling is more to do with speed.”

In 2009, the council used speed guns in an operation aimed to encourage cyclists to ride within the 10 miles per hour speed limit the council has imposed on the promenade, with fines regularly handed out to those deemed to be going faster.