Eleanor, who has become passionate about cycling since joining club;s Go-Ride group, was presented with the custom bike last Sunday
by Simon_MacMichael

A girl with cerebral palsy who developed a love of cycling has been presented with a specially adapted bike by members of Calder Clarion Cycling Club who raised the money to buy it through a sponsored ride on the Coast 2 Coast route from Whitehaven to Sunderland.

Eleven members of the Wakefield, West Yorkshire-based club, including two 13-year-old boys, undertook the 130-mile ride on Saturday 21 July, with one group – including the two teenagers – completing it in less than nine hours and the second group finishing in 15 hours.

The ride was the idea of club mechanic Ian Smith, who had been approached earlier this year by Claire – Calder Clarion’s press officer and magazine editor – whose 11-year-old daughter Eleanor has epilepsy and cerebral palsy and needs a wheelchair for walking anything other than short distances and is prone to seizures due to over-exertion. She has also required a series of operations during the past four years for a dislocated knee, and became passionate about cycling after learning to ride through specialist physiotherapy sessions, continuing her riding at an enclosed track with Calder Clarion Go-Ride.

In the past, she struggled in social situations and avoided the type of activity-based clubs other children her age typically belonged to, but through cycling she has found somewhere she can fit in and has made friends. 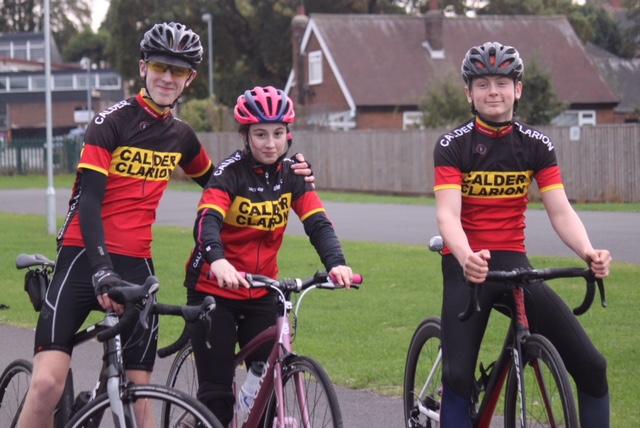 Claire asked Ian if it was possible to adapt a standard road bike could be adapted to a flat bar bike with a simple gear set up., given that Eleanor’s disabilities affect her right-hand side, meaning she finds changing gear difficult and drop bars were not an option.

Ian worked with Dan Haigh, owner of local bike shop Cycle Technology, to adapt a Specialized Dolce for her, complete with electronic shifting and came up with the idea for the Coast 2 Coast ride, keeping it secret from both Eleanor and her mother. 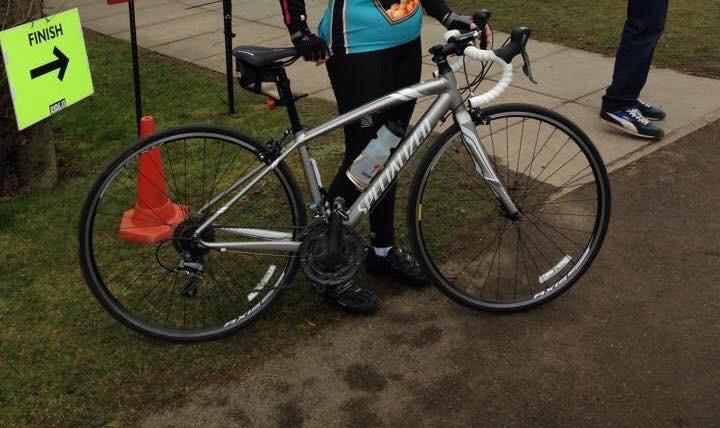 With members of the club donating money, time and services to the cause, £1,800 was raised, with the excess over the cost of the bike going to two hospices.

The bike itself was rebuilt to a high specification, the work including a respray, the design and print of a custom decal, and components including an internally routed Shimano Diore XT Di2 groupset, a 11/46 cassette, Ritchie headset and colour changing pedals, as well as Calder Clarion club logos. Eleanor was presented with her new bike last Sunday 14 October, and was said to be extremely happy with the gift, taking it for a test ride straight away.

Her parents said: “For the club to undertake this huge cycling challenge, and creating this special bike by truly understanding Eleanor and her passion for cycling whilst facing her own daily challenges is amazing and inspiring.

“It will make such a difference to Eleanor’s riding, enabling her to take her cycling to the next level. Our club is much more than riding a bike, it’s about being there and looking out for each other, we’re so proud to know these wonderful people, we will be forever grateful for their generosity.” 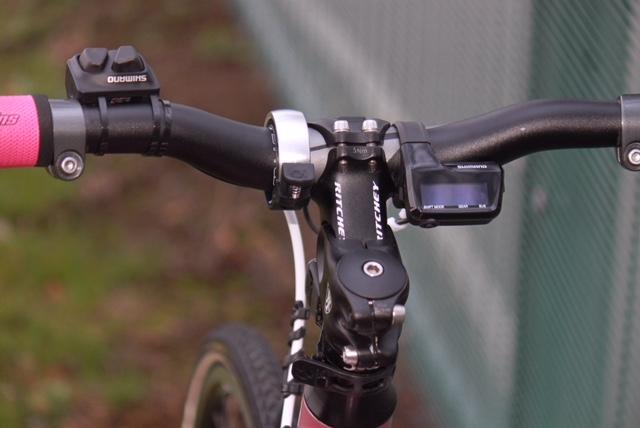