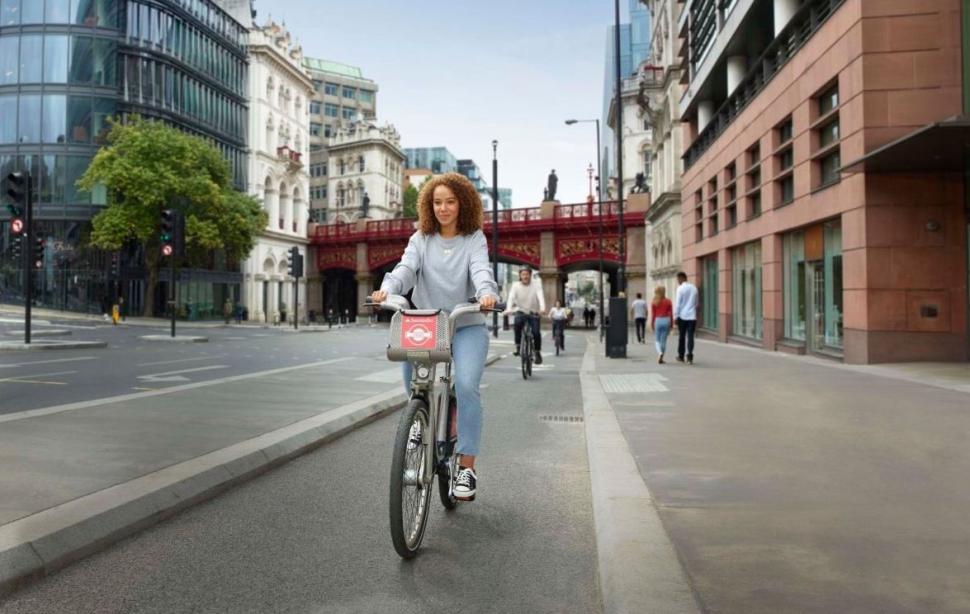 LBC radio presenter Nick Ferrari says he is reporting a Transport for London newspaper ad to the Advertising Standards Authority. The photo used shows three people cycling along Cycle Superhighway 6 (CS6) along Farringdon Road and Ferrari says it’s misleading because there aren’t any cars in shot.

The ad reads: "Cycle Superhighway 6 is now open, providing a safer, largely segregated route from Elephant and Castle to King's Cross. And with a number of Quietways opening across London too, there's never been a better time to get on your bike."

Ferrari – who in 2015 was involved in a stormy exchange with London’s then cycling commissioner over whether or not cyclists should be obliged to use cycle lanes – was outraged by the ad.

He said: "It's broad daylight and behind her is what is left of the road space for [motor] vehicles – cars, lorries, motorbikes etc. Nothing – not a single car.

"It's a busy part of London, not a million miles from the River Thames, that takes you up to King's Cross. There is not a [motor] vehicle in sight in broad daylight in this ad. That, to me, is a wholly misleading claim and image.

"There's no way that you could get a snap of that road with no [motor] vehicles.”

Ferrari might at first appear to be annoyed that TfL isn’t properly showcasing the city’s congestion problems – the main inspiration for building a cycle network in the first place. However, we believe that the ‘what is left of the road space’ comment is the important one. This is only a wild stab in the dark here, but we’re assuming that Ferrari might be of the opinion that cycle lanes cause congestion.

In a statement, Miranda Leedham, Head of Customer Marketing at TfL said: “The picture for our Cycle Superhighway 6 advertising was taken on a Saturday morning as we want to encourage the use of cycle lanes on all days of the week.

"Cycling improves health, reduces congestion and helps to clean up London’s toxic air and we hope new routes such as CS6 encourage more people out of their cars and onto their bikes.”

Somewhat predictably, Ferrari was also annoyed that two of the three cyclists pictured were riding without helmets.

"The one in the foreground is definitely not wearing a helmet,” he said, before conceding: “I know it's not mandated that you should, but every safety guidance says that you should. And I'm fairly certain the third cyclist isn't wearing one either."