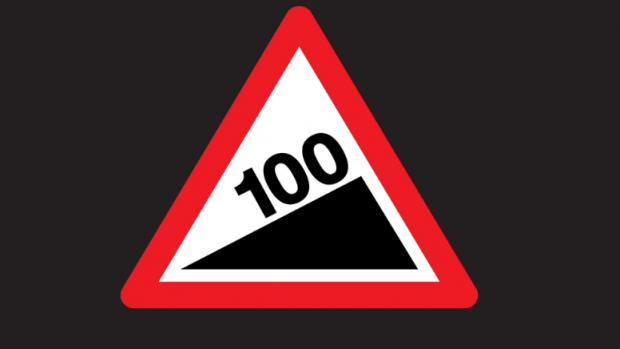 Three riders are tackling every climb in Simon Warren's seminal book for charity...
by Simon_MacMichael

Three cyclists who set off earlier this month to conquer every ascent in Simon Warren’s 100 Greatest Cycling Climbs book have now ticked more than a third of them off their list.

James Findlater, Dominic Millar and Graham Salisbury have covered more than 1,800 kilometres since setting off from Guildford on Saturday 18 August.

So far, they have ridden 37 of the climbs listed in Warren’s seminal book, published in 2010 and now also available as an app.

The trio are riding today from Alderley Edge in Cheshire to Penistone in Derbyshire, with their route over the past 10 days having taken them first to Brighton, then along the South Coast to Tavistock, then into Wales via Bath.

The opening day saw them tick off no fewer than eight climbs including Box Hill, Leith Hill and Ditchling Beacon, since when they have averaged around three climbs a day.

Their efforts so far have seen them climb the equivalent of 3.21 Mount Everests, and by the time they finish on Tuesday 18 June they will have scaled the height of the world’s tallest mountain nine times over – a whopping 81,000 metres.

They’ll also have covered 5,300 kilometres on their way through England, Wales and Scotland ahead of returning to Guidford via London.

The 100 Climbs Ultimate Challenge has Warren’s support, and the three riders are undertaking it to raise money for four charities – Land Aid, Coram, Cancer Research UK and Alzheimer’s Research UK.

To date, they have raised almost £30,000 of their £100,000 journey through their BT My Donate page, and cyclists across the UK are invited to join them for a day or two as they continue to tackle the country’s toughest climbs over the next three weeks – find out more here.