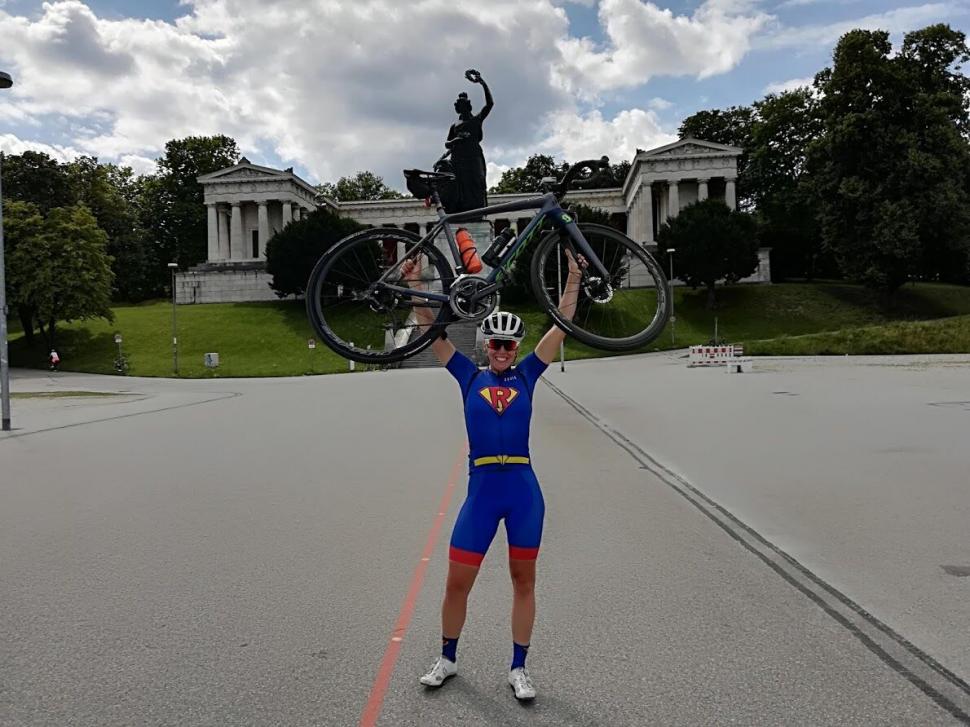 A German cyclist will set off from Malaga later this month with the aim of becoming the first woman to ride all 21 stages of the Vuelta a Espana on the same day as the pro peloton.

Monika Sattler, better known as RAD Monika (‘rad’ being German for ‘road’) will start her journey with a flat, 8-kilometre spin in the Andalusian city a few hours before the race itself opens with a team time trial.

Once she begins her quest on Saturday 25 August, ahead of her lie more than 3,250 kilometres of riding over three weeks, most of that over some very bumpy terrain with 46 peaks and five high mountain summit finishes to be tackled.

The 32-year-old, who lives on Mallorca where she moved after giving up a career in management consultancy in Germany to focus on cycling, will set off on each stage after breakfast, aiming to arrive at the finish line just after lunchtime.

As part of her training. Sattler undertook an 1,100-kilometre ride in five days, stopping at hospitals along the way at hospitals dressed in her Super-RADwoman cycling kit to meet children undergoing treatment for cancer.

Further details of the ride, including how people can get involved with her project, can be found on her The Vuelta Ride website.