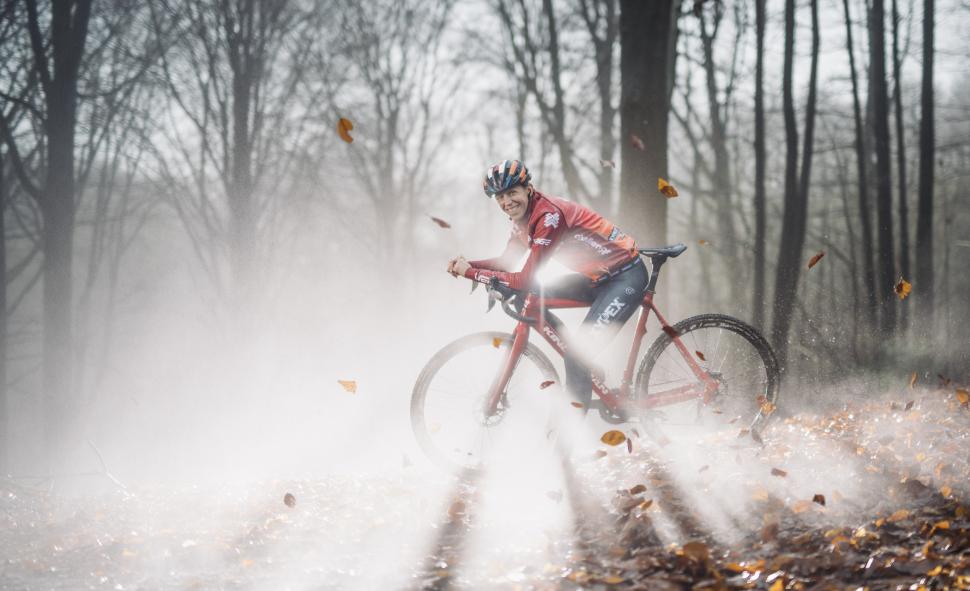 When you’re a road and CX star, you get quite a few different bikes.

Helen Wyman, 10x National CX Champion, announced her new partnership with KindHuman Bikes. Normally, this wouldn’t catch our eye, but we’ve not seen much of the Canadian brand on this side of the pond, so we thought we’d have a closer look.

KindHuman are a relatively young company and if you’re wondering where the name comes from, it’s a play on humankind. The owners, Adam, Gavin and Ayal say they wanted to avoid ‘some faux Italian-sounding word, or go-fast moniker’. In fact, to find out more, I spoke with Adam about what makes the brand different.

KindHuman design their own bikes alongside the factory engineers. The bikes are then assembled and painted in Toronto and you can have pretty much any colour on your bike. Frames are constructed with a mix of Toray and Mitsubishi carbon which is commonly used by the bigger brands.

Prices start from $2,700(£2,062) for the Kampione with 105 and Aksium wheels. That's a slightly high price but it does allow you to customise everything which is not an option with most brands. If you're buying in the UK, you'll be hit with import duties but Adam did say that they've already sold quite a few bikes in the UK. They're also looking for UK distribution options.

Here are 3 of Helen’s bikes. She’s got the Kensuke, a KÜDÜ CX Disc and a Kampionne Disc. Let’s start with the Kensuke.

This is KindHuman’s gravel/adventure bike and it looks like a well-thought-out one. There is space for 40mm tyres and you also get mudguard and rack mounts, internal cable routing and a third bottle cage mount under the down-tube. That sounds like a setup that will tackle the endless network of gravel roads in North America.

KindHuman has aimed to make this "perfectly capable on a ‘Cross course, well-suited for Endurance Road riding or a performance-minded Touring rig". That's quite a list, but it's what I'd want to be doing with an adventure bike. 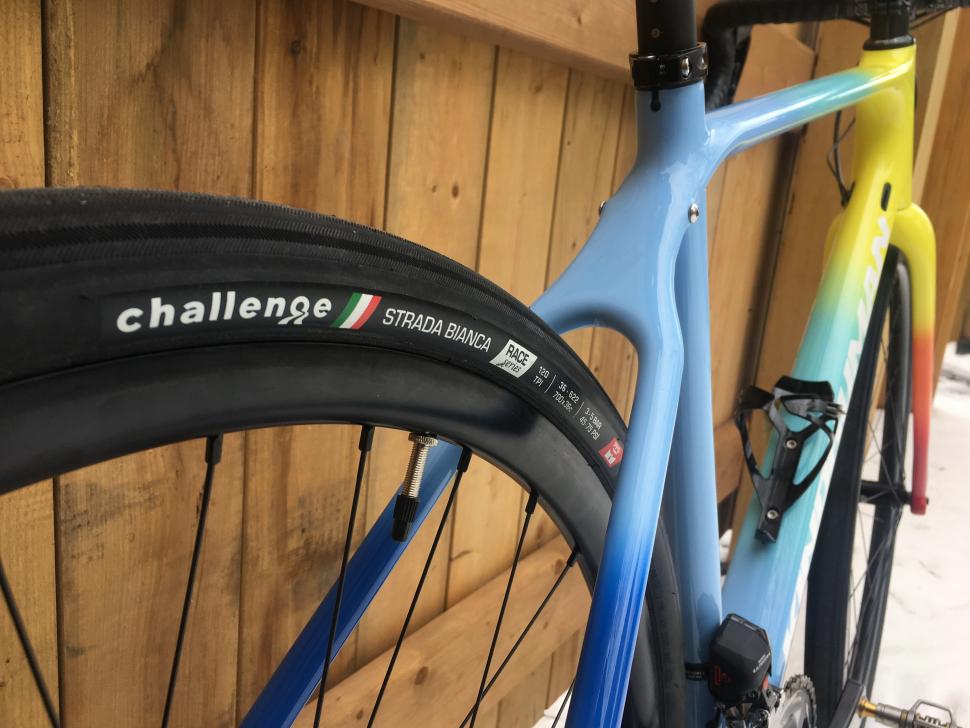 Helen’s set up is a little more road-focused with 36mm Strada Bianca tyres from her sponsor Challenge.  She runs the older Dura Ace 9750 Di2 groupset with hydraulic shifting. Seeing as the changes made to the newer Dura Ace are rather minor, we’re not surprised to see Helen sticking with what works. 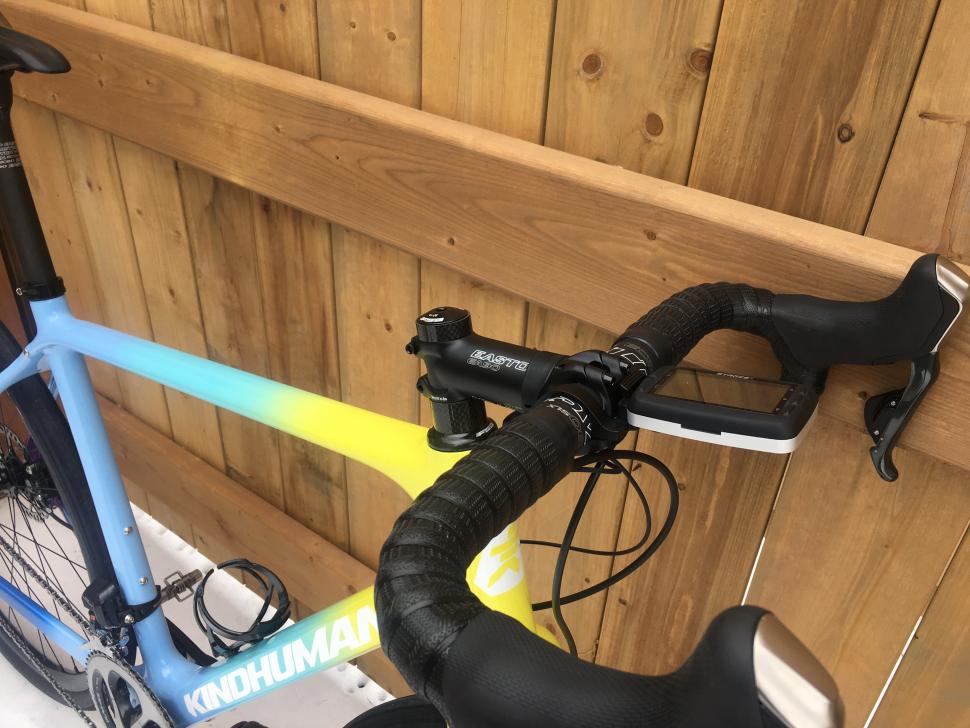 With internal routing of the Di2 and brake hoses, this is a clean build. Easton EC90 components finish the build with what looks like a Specialized Romin saddle with carbon rails.

Helen’s CX bike for the year will be the KUDU. It is one of the rare framesets that is still produced in both a disc and cantilever versions.

The KUDU is a little unusual in it's geometry. We've tended to see North American brands opting for slacker angles and longer wheelbases for their faster courses. This, however, gets a short headtube and a nice tight wheelbase which should make it very nimble. 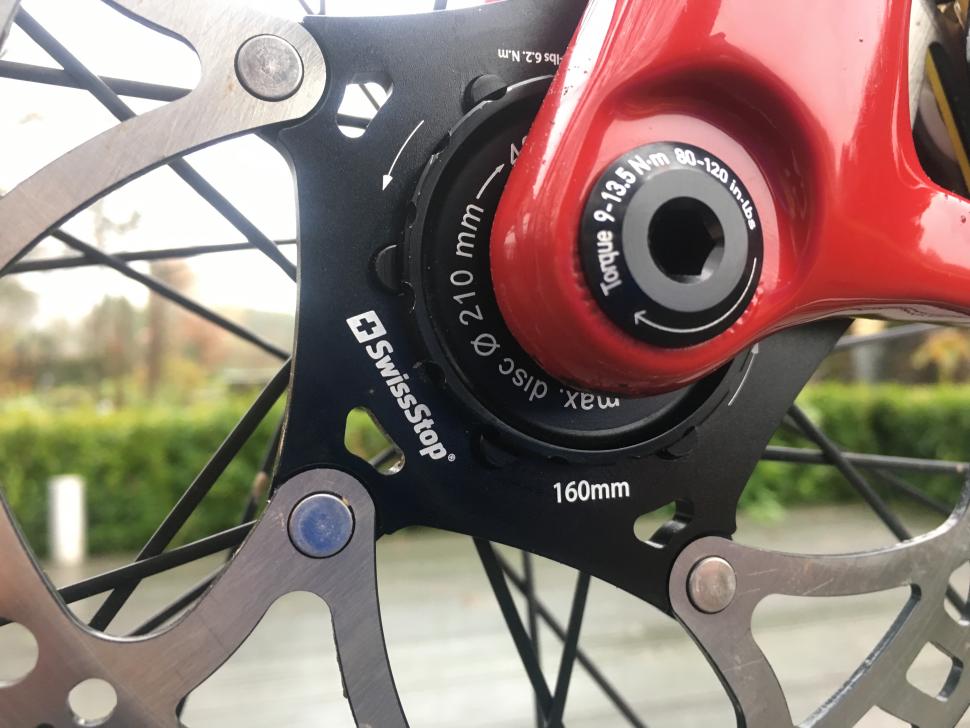 The Swissstop pads and rotors are not the only deviations from Shimano. 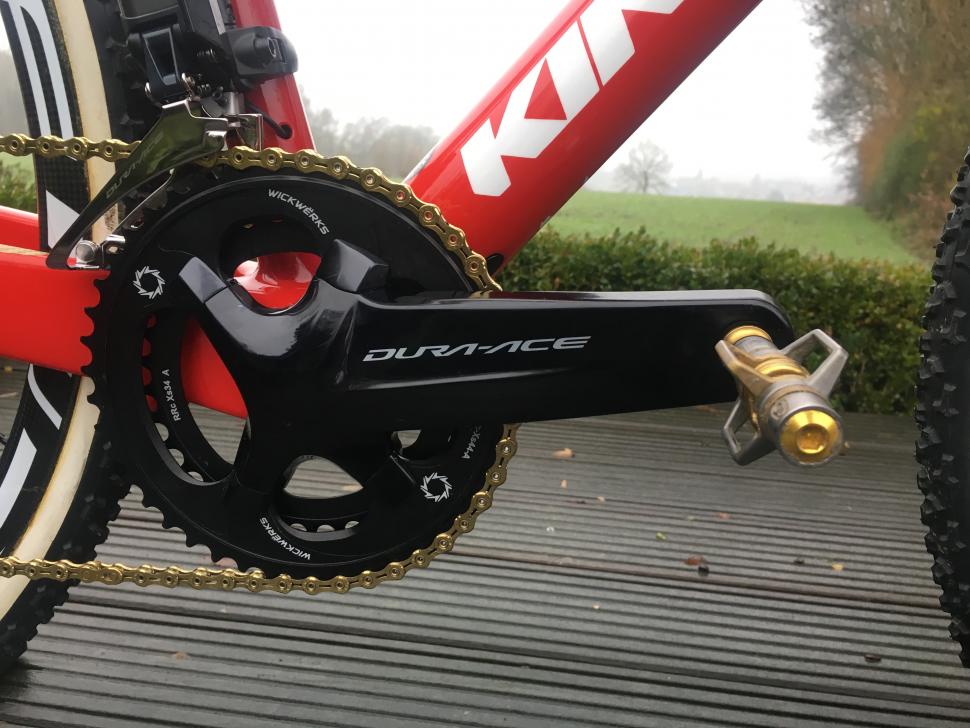 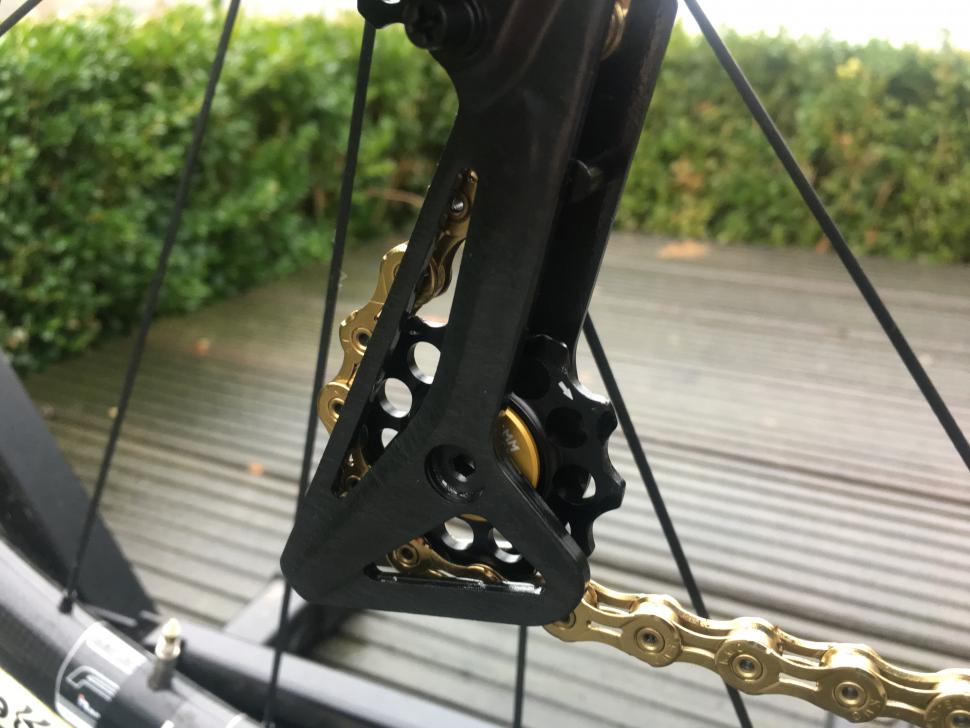 And Kogel provides both bearings and jockey wheels. 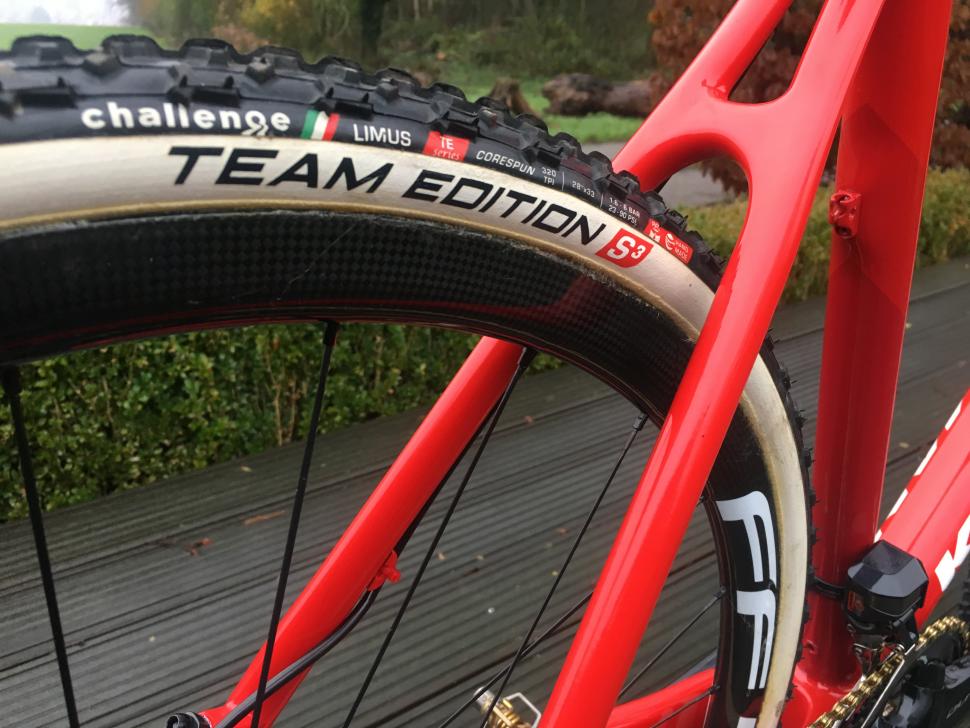 Helen has worked with Challenge for a few seasons now and their Limus Team Edition S3 tubulars are glued onto FFWD carbon wheels. 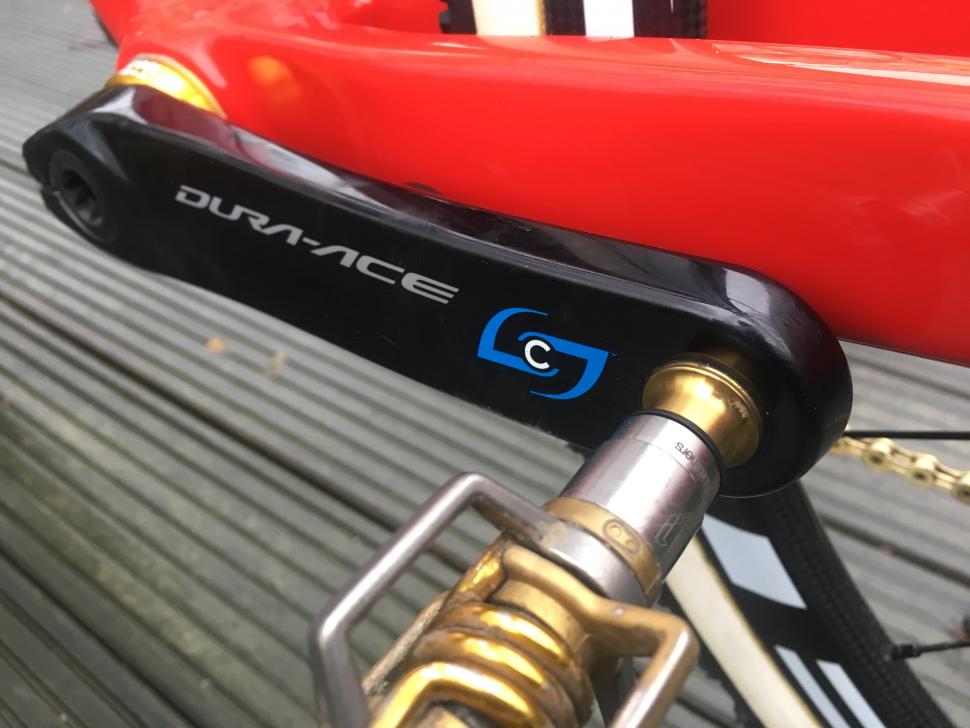 Pedals are reliable Crank Brothers Candy while power data is provided by Stages.

Helen’s Road bike is the Kampione. This is another frameset that comes in both disc and rim brake versions. Interestingly, she opts for the disc version. That means all of her bikes run discs, streamlining maintenance for mechanic Stef!

The disc version gets flat mounts and thru-axles, not commonly seen on aero bikes. The space for 28mm tyres looks like a great feature, showing that KindHuman know the benefits of wider rubber on shoddy roads. 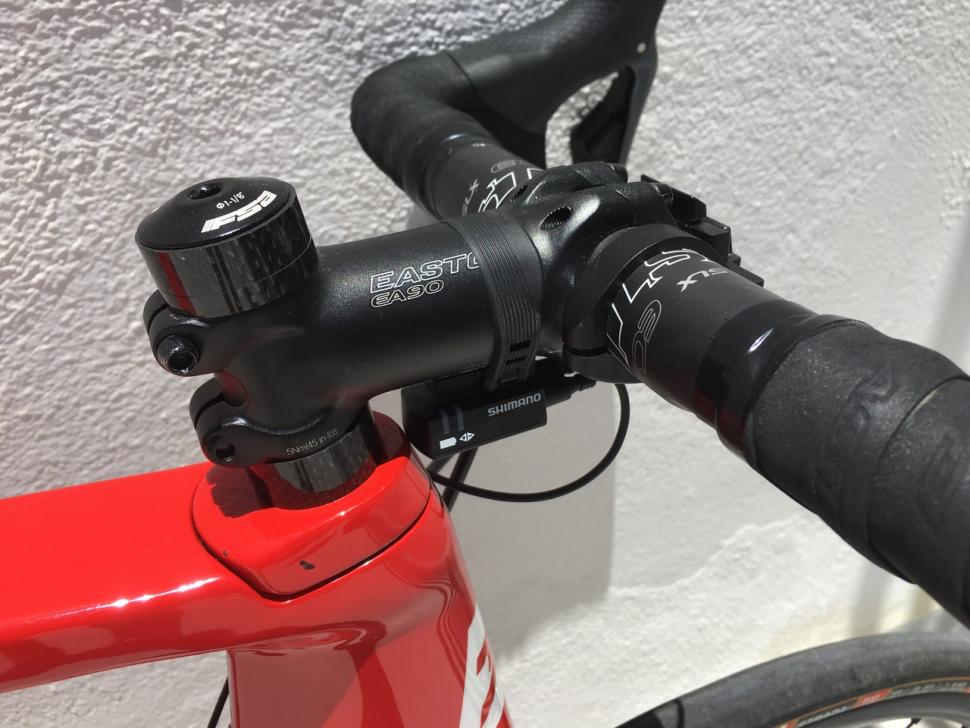 Across all 3 bikes, Helen is using the same Easton EC90 bars, seatpost and EA90 stem to keep the bikes as identical as possible. 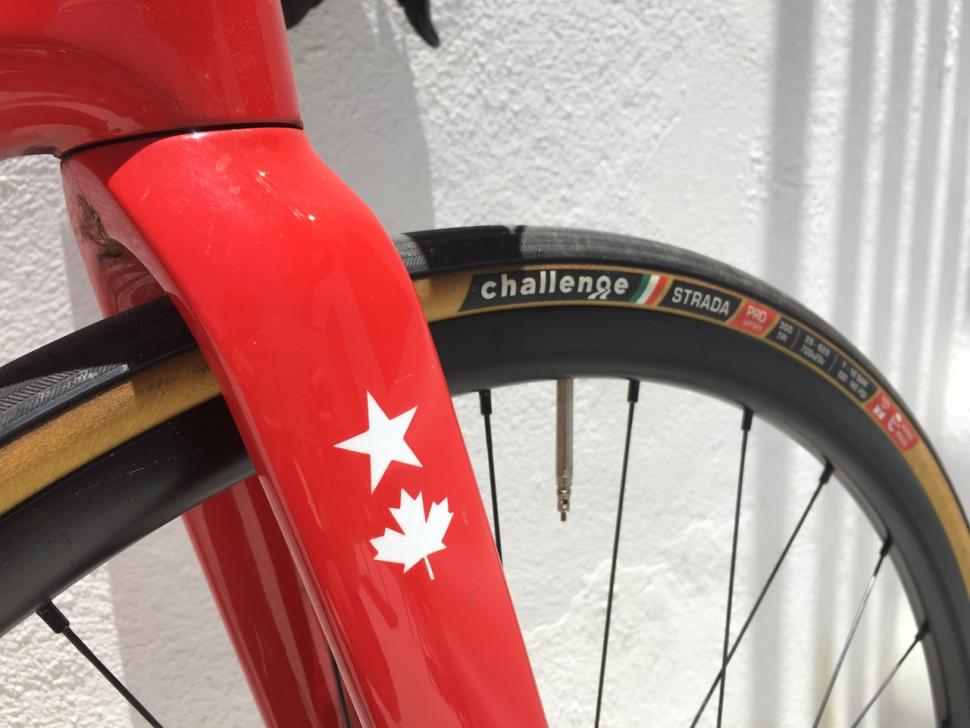 Challenge again provide the tyres, this set being an Open Strada in 25mm.

The eagle-eyed among you will have spotted the only concession to the Dura Ace R9070 groupset being the Ultegra 6870 rear derailleur with Kogel jockey wheels.

If you want to have a closer look at the bikes, or just play with the bike builder, then head over to their website.

We'll be keeping an eye out for the bikes in the UK so if you've got one, let us know in the comments!