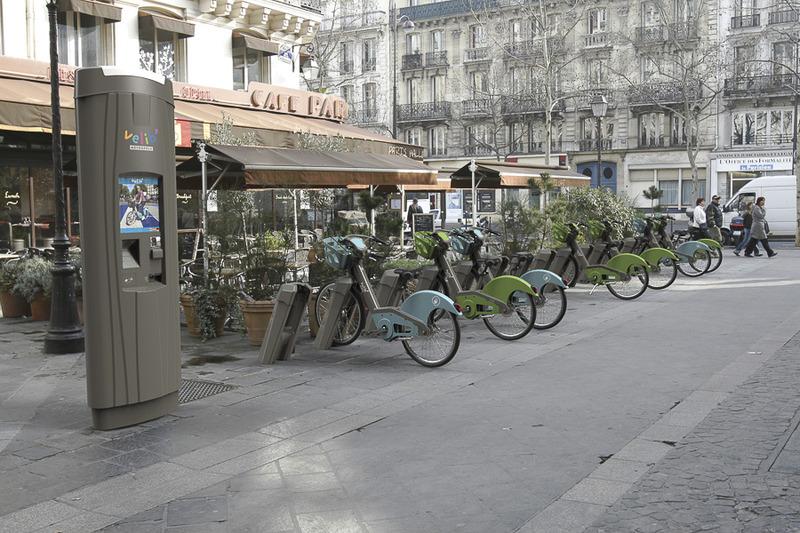 The rollout of the next generation of Paris’s Vélib bike-sharing scheme is not going well. The mayor, Anne Hidalgo, felt moved to observe this week that Parisians “consider that the system they loved has been ruined.”

The Vélib system was launched in 2007 and was until last year run by JCDecaux. After the deal was put to tender, the French-Spanish consortium Smovengo won a €700m (£615m) deal to run the service for the next 15 years.

Smovengo promised to introduce high-tech internet-connected bikes, a third of which would be electric. The plan was to replace existing Vélib docking stations with 1,400 new ones designed specifically for the latest bikes by March of this year.

Compounding this, many of those that have been installed have suffered software and electrical problems, with many only being run on battery power. The firm says this is resulting in “200 batteries (for 400 stations) having to be changed every day”.

Smovengo has found itself paying millions of euros in penalties, while the number of Vélib subscribers has dropped from 290,000 last year to 219,000.

Simon Labouret of the cycling group Paris en Selle told the Guardian: “Users feel exasperated and angry at a system that doesn’t work.

“This was a service that was very popular and used by a large number of Parisians. When the scheme worked, one third of bikes on the road in Paris were Vélibs. It was a good way of getting to work or university for people who didn’t have their own bikes, because not everyone in Paris has space for their own and the rate of bike theft is very high.

“The current Vélib fiasco is at complete odds with Paris’s objective to increase bike lanes and get more people cycling.”

Hidalgo said: “Let’s not deny the reality: the transition to the new Vélib is going badly. Since the start of the year we’ve been confronted by a series of unacceptable disappointments. Parisians, who are very attached to these self-service bikes, consider that the system they loved has been ruined. We must have a service that works, as fast as possible, to regain users’ trust.”

Smovengo has promised to set up about 800 docking stations by the end of June and said it would communicate better with users.

The Local reports that yesterday the firm announced a recall of “3,000 bikes stuck in their docking stations” as part of its emergency plan to rescue the project.