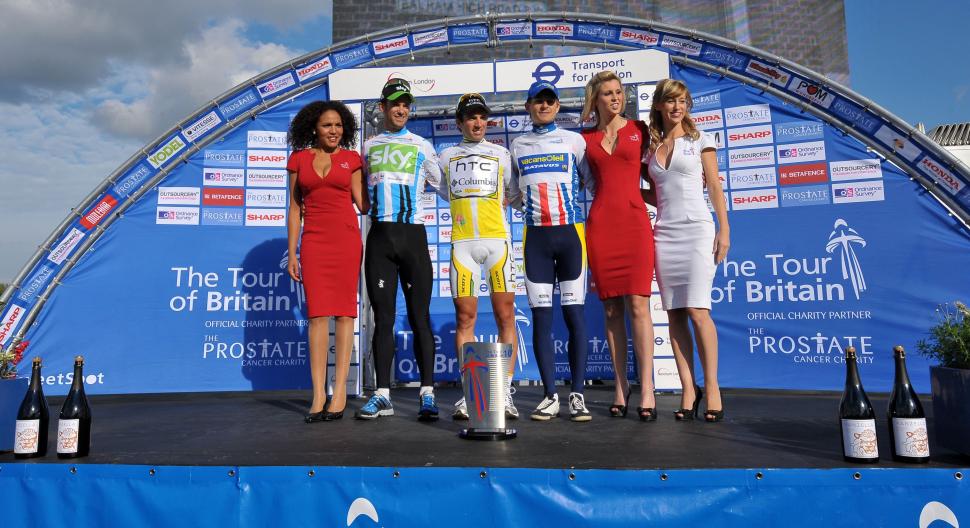 All the action from yesterday's spectacular finale in London's Docklands...
by Simon_MacMichael

HTC-Columbia enjoyed a successful day in the East London sunshine yesterday, and while the Royal Docks may not quite be the seaside, Andre Greipel clinched his third waterside victory of this year's Tour of Britain, to follow his wins in Blackpool and Great Yarmouth. With Michael Albasini also winning the overall title - following in the tracks of then Columbia HTC rider Edvald Boasson Hagen, last year's champion - it was a very successful day for the US outfit.

The changes wrought by decades of urban renewal, with landmarks inclding the Millennium Dome, Canary Wharf, the ExCel exhibition halls, the Docklands Light Railway, London City Airport and Newham's striking civic centre - plus the docks themselves - provided a dramatic backdrop to the stage, moved here from the usual route the Tour of Britain follows when it visits London from Westminster to Tower Hill. 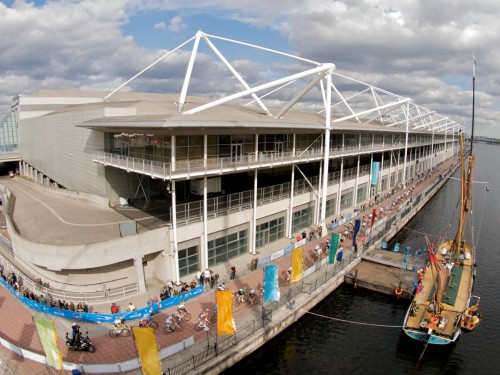 That didn't deter big crowds from turning out, however, nor the riders from putting on a spectacular finale to the eight day-race, with attacks from the flag dropping to signal the start of the race until Team Sky and HTC-Columbia moved to the front on the final lap to set up the sprint finish. 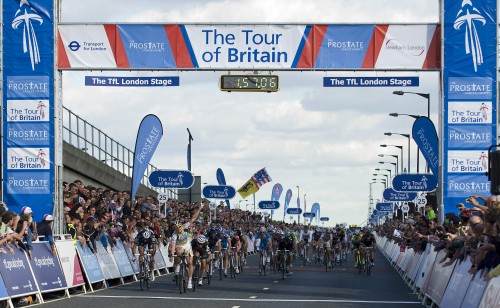 Picture credit: The Tour of Britain

The first of those attacks came from Matt Brammeier of An Post Sean Kelly, Liverpool-born but now racing under the Irish flag, and winner of the Irish national road race championships this year, who went solo on the first lap (below). 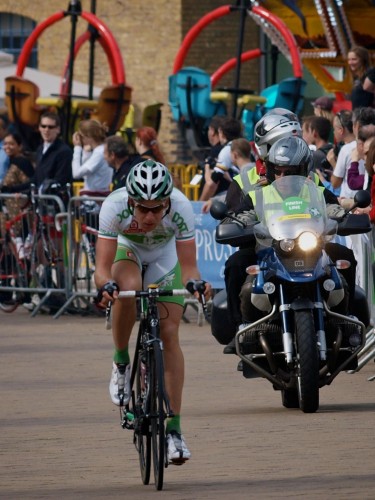 Brammeier was also involved in the day's final attack, which was instigated by Jeremy Hunt of Cervelo TestTeam, heading off now to Australia to support Mark Cavendish's World Championship bid in a fortnight's time.

The other members of that escape, pictured below, were Motorpoint-Marshalls Pasta's Peter Williams, the Raleigh rider Tom Barras and Wouter Sybrandy of Sigma Sport-Specialized, giving some of the leading domestic team sponsors some decent TV time before the big names reeled them in. 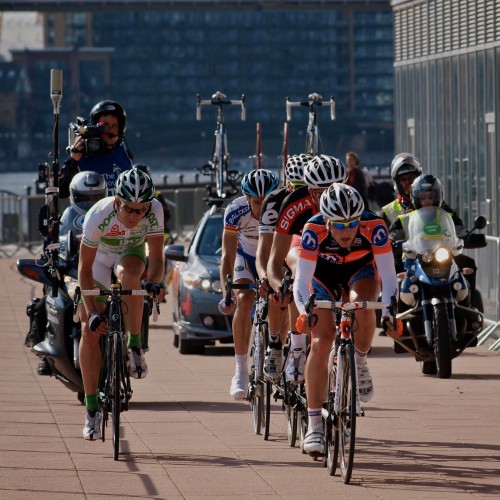 Griepel held off Lucas Sebastien Haedo of Team Saxo Bank and Britain’s Roger Hammond to take the sprint, rouding off a successful week for HTC-Columbia, which lost two of their six riders after Marco Pinotti and Tony Martin, who both fell ill during the race. 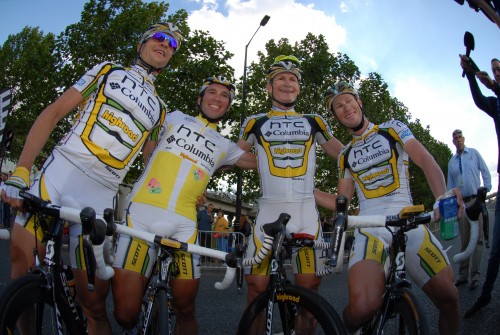 Picture credit: The Tour of Britain

Greg Henderson of Team Sky meanwhile confirmed his win in the in The Prostate Cancer Charity Points Jersey General Classification by finishing fourth in the bunch sprint, and time bonuses meant he moved up to third overall, with Team Sky putting in some hard work on behalf of the New Zealander. Vacansoleil concluded a successful Tour in which they won two stages by seeing Johnny Hoogerland (below) take the mountains competition, donating the jersey and his race numbers afterwards to The Prostate Cancer Charity, and Michael Golas the won sprints jersey. 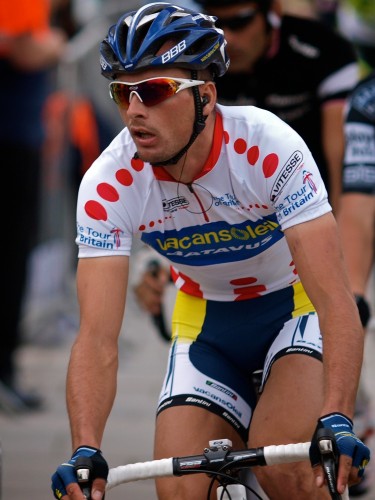 He continued: “Almost 4,000 people across the UK have united behind the cause on two wheels to measure themselves against the cycling elite. We are incredibly pleased to be partnered with The Tour of Britain and we hope to build the success of these unique sportive events further next year.”

Stars were out too, including Tommy Walsh of Ground Force fame and comedian David Schneider, both pictured below. 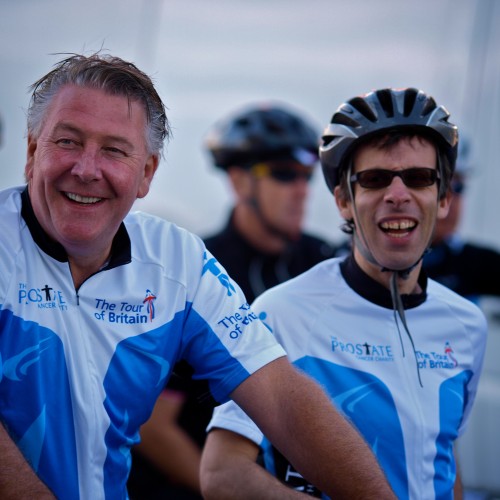 The last Prostate Cancer Charity Tour Ride takes place next Sunday Stoke-on-Trent, following the taxing route of Stage Two of The Tour, and details can be found here.

All pictures © Simon MacMichael except where otherwise shown, and there are more below the results and in our dedicated gallery. British champion Geraint Thomas flies the flag in the capital 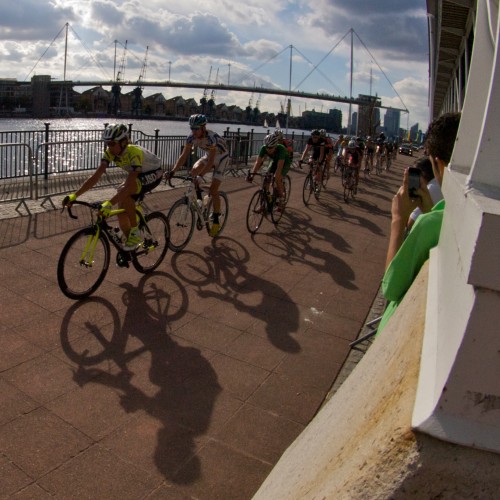 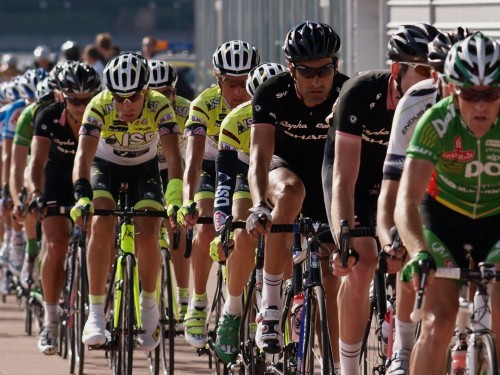 Rapha-Condor-Sharp and ISD Neri in the peloton 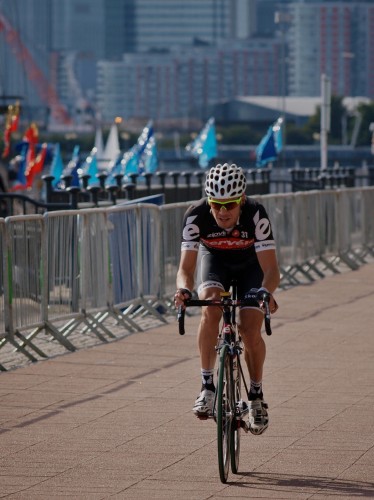 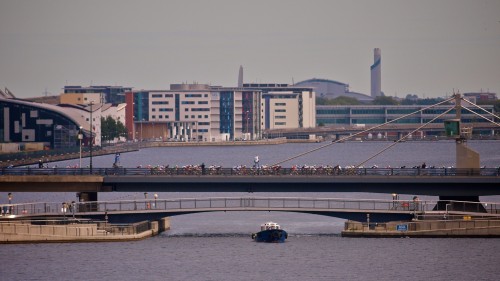 The peloton races over the Connaught Bridge 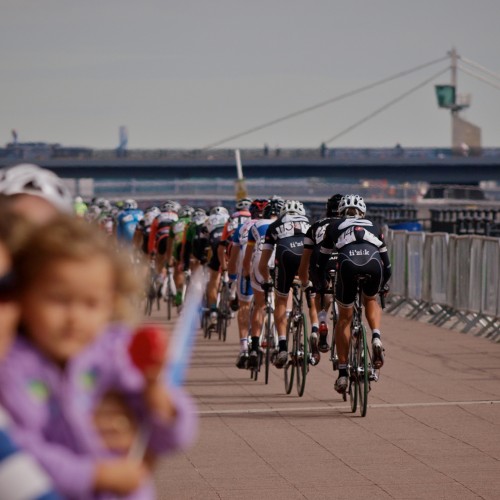 The riders race along the dockside 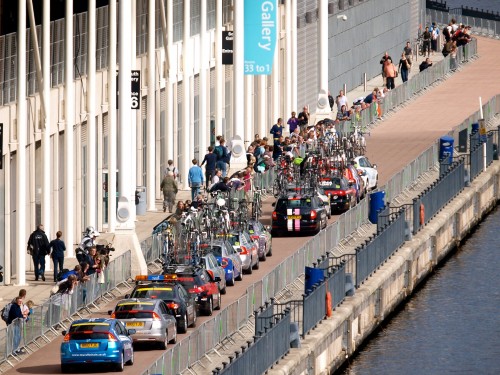 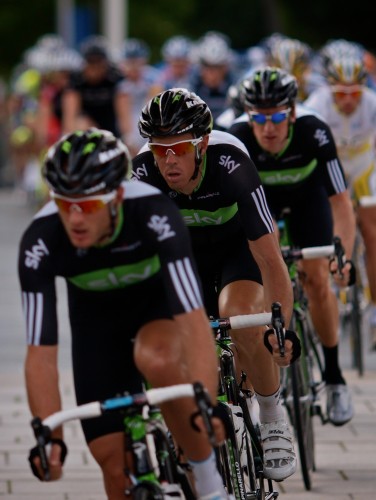 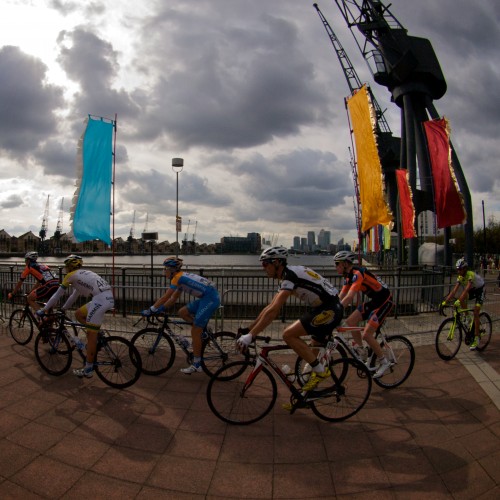 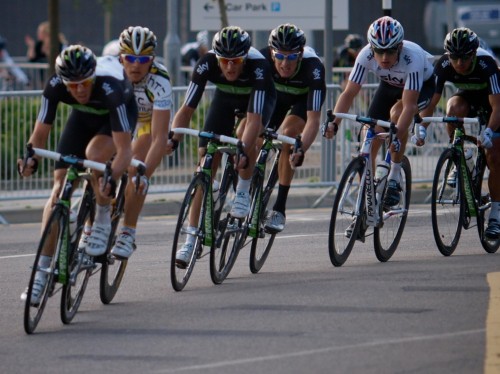 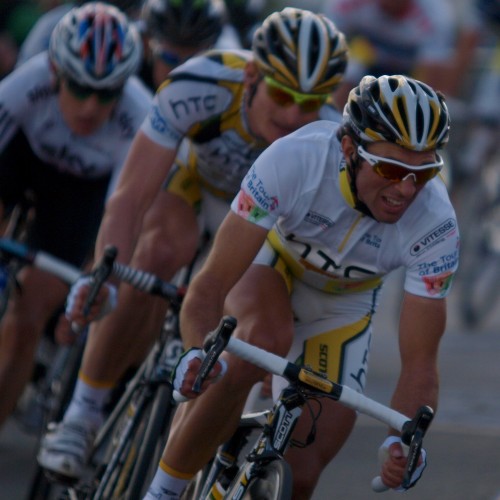