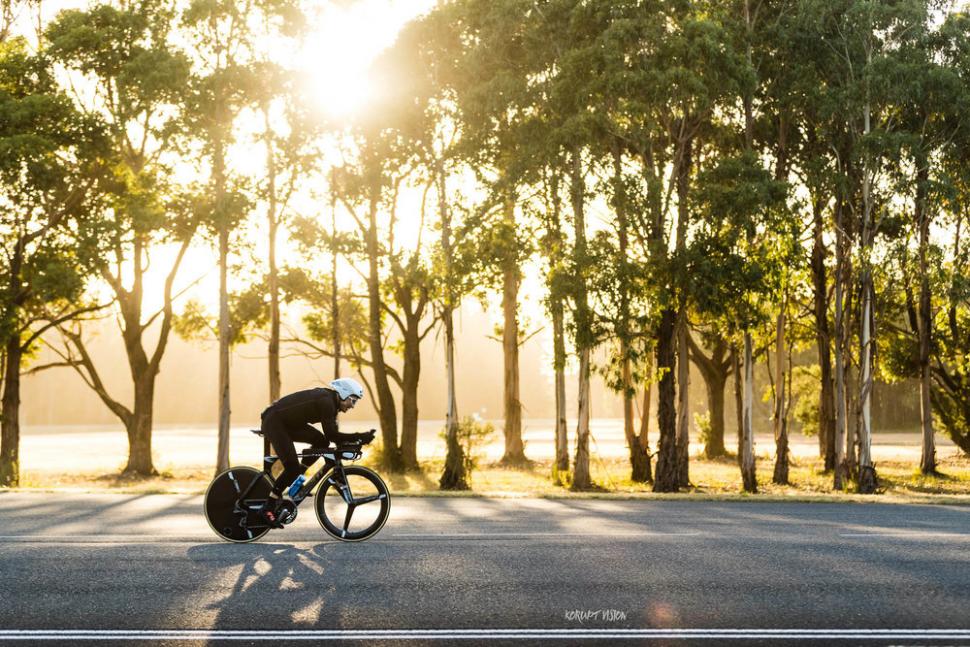 A cyclist in Australia has set a new world record for the greatest distance cycled on an outdoor track in 24 hours, after pedalling for almost 900 kilometres.

Dr Mitch Anderson’s distance of 894.35 kilometres, which is yet to be ratified by the Ultra Marathon Cycling Association, surpasses the distance of 890 kilometres set almost 10 years ago by the Slovenian ultracyclist, Marko Baloh.

Baloh was among those to congratulate the 42-year-old Anderson on social media after he averaged 37 kilometres an hour to beat the existing record, set in September 2008, as was pro cyclist Simon Gerrans, who judging by his hashtag isn’t tempted to have a go at it himself.

....and off it goes, we have a new 24h outdoor track record holder! It was mine for almost 10 years and now @DrMitchA has it. Congratulations! #mitchsgiant24h pic.twitter.com/4WUNjccMSu

Anderson, a former professional Ironman triathlete who works as a sports doctor, undertook his record-breaking ride on a 3.25-kilometre closed circuit at the Australian Automotive Research Centre in Wensleydale, Victoria, reports the South Burnett Times.

Once ratified, it will be the third UMCA timed record with Anderson’s name against it, with the Australian – who you can find here on Strava – already holding the six- and 12-hour records.

A full gallery of pictures from the day iand statistics can be found on Anderosn’s Shinbone Medical website.

Worse for wear. Being carried by @rayceeaycee & @cbbott after riding 895km. Charlie is putting a bit of mayo on the amount of effort to excuse his #gunshow Couldn’t have executed #mitchsgiant24h without a champion team. Check massive thanks list on IG or FBook. @koruptvision pic.twitter.com/0LhQYIAWBS