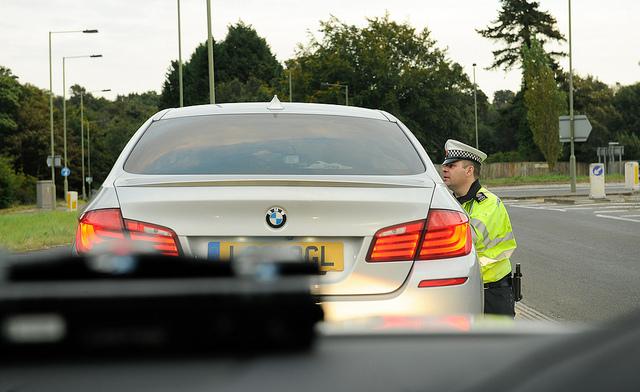 Officers also clarify cyclists' rights on Twitter to dispel misconceptions held by some drivers about the law...
by Simon_MacMichael

Police in Surrey are being applauded by cyclists on Twitter after producing a video that shows motorists how to safely overtake people on bikes.

The video, which lasts just over one and a half minutes, uses animation, real-life footage and text to educate motorists on the issue.

We’ve made a little video to help drivers plan and overtake of a cyclist safely.
The same advice would be relevant for overtaking a horse rider.

Passing too close is dangerous and scary.

You could be dealt with for driving without due care and attention: 3 points + £100 fine. pic.twitter.com/3TrBWJkuZ2

Since it was tweeted shortly before noon today, the video has been retweeted more than 200 times.

A number of people congratulated the force on the video, including the Metropolitan Police Service's Cycle Safety Team.

One Twitter user asked if they could produce a video explaining why it is often safer for cyclists to ride two abreast, something that many motorists mistakenly believe is against the law.

We’ve discussed it. We need a drone and a group of cyclists so a little more challenging, but it’s pencilled in to develop!

In the replies, the officers behind the account also clarified some issues relating to cyclists' use of the road.

Yes, most cycle lanes are not maintained suitably for a road bike, so cyclists will not use them because of the risk of punctures, pot holes and debris.

Mark you have raised many points here…

1. Cyclists can use as much of their lane as they wish, they are a vehicle using the road.
2. It’s not illegal to ride 2 or 3 abreast, most of the time it makes overtaking them easier
3. Riding too fast - as in breaking the speed limit?

Let’s deal with the real issue of drivers doing the same (and a lot worse) first.
The majority of cyclists obey the rules.

We wouldn’t ignore an offence which we witnessed on patrol, from any road user.

Surrey Police have proved to be very proactive on Twitter in dispelling misconceptions about the law as it relates to cyclists, and in October invited a road.cc reader who had submitted a video shot in the county submitted as part of their Near Miss of the Day series to send them the footage.

1
“Everyday tasks have become my new challenge”: Christina Mackenzie in “excruciating pain” after being struck by hit-and-run motorist
2
Cyclists report multiple muggings and thefts on London cycle route
3
Near Miss of the Day 827: Two close passes and a screenwash shower
4
Are you tempted by this app that links video and 3D mapping of your rides? Plus new stuff from Shimano, Pirelli, Endura & loads more
5
Near Miss of the Day 826: Police force lottery continues as no further action for this driver's close pass on cyclist (video includes swearing)
6
Remco Evenepoel solos his way to World Championship victory
7
Mathieu van der Poel charged with assault after incident at hotel hours before World Championship road race
8
Jury clears ‘hungover’ Porsche driver of killing cyclist by dangerous driving