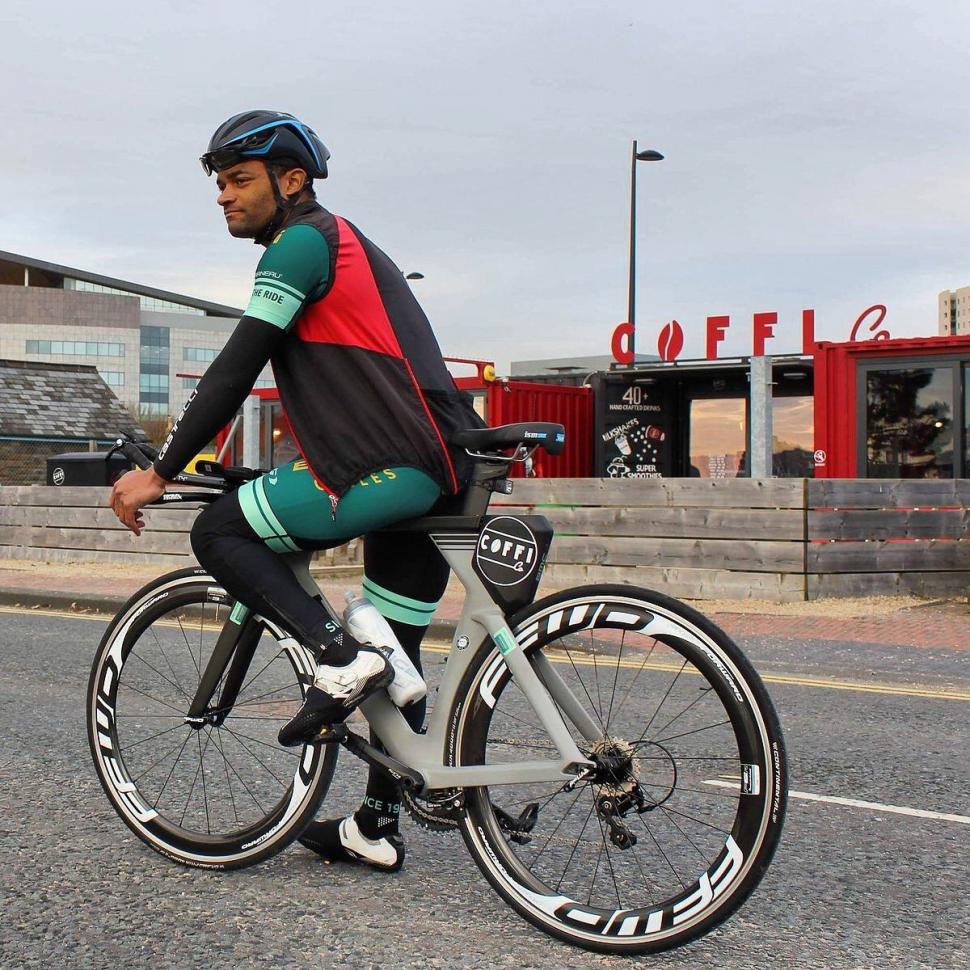 A man who spent three months sleeping rough in Cardiff last year has broken five world records during an attempt to break the 24-hour distance record.

Wales Online reports that 36-year-old Celso Fonseca – who is originally from Portugal – was homeless for six months due to mental health problems.

Forced to leave the property he shared, he explained: “My mental health became worse and worse and I had to take sick leave from my job as a security guard.”

He eventually got a place at a YMCA hostel in Roath and more recently a home of home of his own. From then on, he began pursuing his dream of breaking the 24-hour record.

“After four months of training I decided to ride around Wales, completing 572 miles in 50 hours. I liked the madness of ultra cycling and everyone started saying I should go for the record.”

Fonseca cycled competitively in Portugal and continued to ride after moving to Cardiff for a job opportunity 11 years ago.

His effort, sponsored by Evans Cycles in Cardiff, was a bid to raise awareness of homelessness for the YMCA. “Now that I have moved out I would like to give something back,” he said.

You can still sponsor him via his JustGiving page.

“I didn’t stop for 16 hours,” he said. “The three officials from the UltraMarathon Cycling Association said other riders attempting the record had taken breaks every three or four hours. They’d never seen anything like it.”

After he took a break, the temperature started to bite, but Fonseca said he never became demoralised and always remembered why he was making the effort.

“I had been eating from a trash can a few months before so no way was I going to stop the ride. Because of my mental health problems I can take a lot more than the average guy.”

Fonseca ultimately fell short of Christoph Strasser’s 24-hour outdoor track record of 556.856 miles (896.173 kilometres), but he wants to have another go.

“I will try again because there are too many people who have said I am an inspiration. But I need to change my nutrition one hundred million per cent, get a proper bike fit and find a sports scientist to work with.

“Breaking the record was a crazy, crazy thing to attempt but the 24-hour record is the one I wanted. And I still want it, one hundred per cent.”