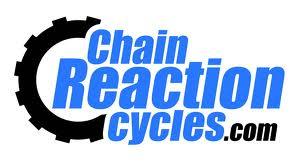 BikeBiz reports that Chain Reaction noticed a significant loss of stock from its warehouse in Carrickfergus and subsequently discovered that four eBay traders were selling parts similar to those it believed to be missing.

Directors of the firm made a test purchase and when serial numbers matched, they informed the police.

Alan Bowen's fingerprints were found on the bubble wrap of one of the packages and detectives discovered that £88,645 had been deposited into the bank account of his mother, Valerie, via PayPal.

When she returned from holiday, she denied all knowledge of the money. Her other son, Brian, later told police that he had put her under pressure to use her account.

Brian Bowen was jailed for six months after he admitted selling stolen bike parts online over a six-month period from October 2012.

Alan Bowen had used two trade names on eBay and transferred PayPal money into his girlfriend's bank account. He was handed an eight-month prison sentence, suspended for two years, for selling almost £14,000 of stolen goods over a four-month period up to August 2013.

The aggravating factors for Brian Bowen were the high value of the transactions and their repetitive nature.

Brian Bowen claimed that he bought the goods at a "car boot sale" and that all had come in plain packaging with no barcodes.

Judge McFarland told the brothers: "I am satisfied there is sufficient proximity between you and the sale of these stolen goods.

"I just don't accept that these items were randomly purchased at a car boot sale. I don't know the exact relationship between you and the person who stole the items but it is clear it was a mutually beneficial relationship."