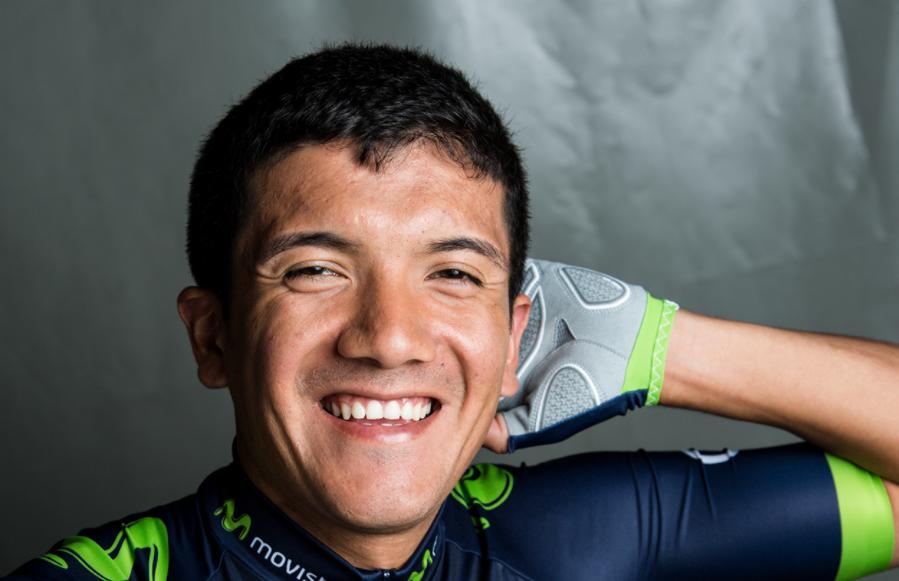 The three riders, due to compete in road race, reportedly went out on the lash after opening ceremony of regional multi-sports event
by Simon_MacMichael

Three cyclists from Ecuador, including UCI WorldTour professional Richard Carapaz of Movistar, have been sent home from the Bolivarian Games in Colombia after being caught drunk following the opening ceremony of the multi-sports event.

Carapaz, also aged 24, finished 36th overall at the Vuelta a Espana in September and had been one of the favourites to win the gold medal in Colombia.

Augusto Moran, president of the Ecuadorian Olympic Committee, confirmed today that the trio had been ordered home.

He told journalists they had been discovered “in a drunken state” following the opening ceremony in Santa Maria, reports Marca.

The Ecuadorian Cycling Federation will reportedly decide upon suitable sanctions for all three in the coming days.

The trio are in some elevated company in being sent home from an event after being caught drinking.

In 2010, Saxo Bank manager Bjarne Riis sent two of the team’s star riders – Andy Schleck and Stuart O’Grady – home from the Vuelta after they were discovered drinking at the team hotel a few hours before the start of a stage.

Shortly afterwards, it was confirmed that the no doubt demob-happy pair would be heading to the new Leopard-Trek team for the following season.

Days before the 2015 edition of the Spanish Grand Tour began, Katusha riders Yuri Trofimov and Egor Silin were dropped from its line-up for the race, reportedly because they were found to have been drunk ahead of boarding a flight back to Europe from the Olympic road race test event in Rio.

Initiated in 1938, since 1973 the Bolivarian Games has been held every four years and originally featured athletes from the six countries liberated from Spanish rule by Simon Bolivar.

Those are Bolivia, Colombia, Ecuador, Panama, Peru and Venezuela, with competitors from Chile, the Dominican Republic, Honduras, Guatemala and Paraguay also now able to take part.