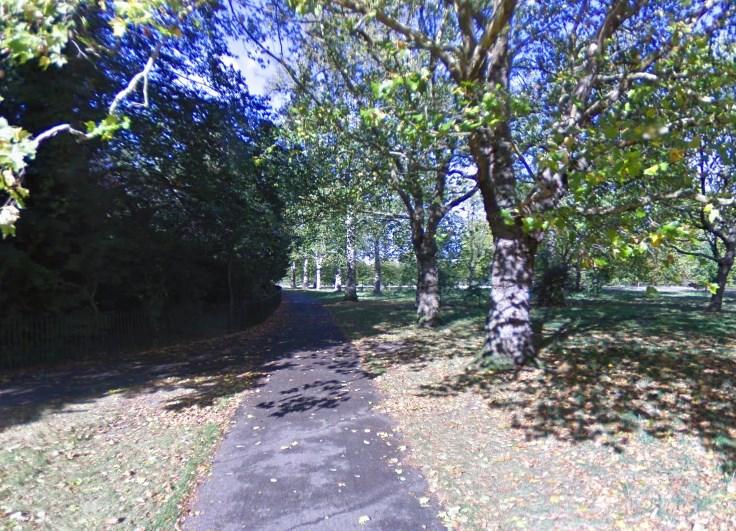 The London Evening Standard reports on a “vigilante dog walker” who has started wearing a GoPro in Kensington Gardens, claiming that he has experienced a number of near-misses with cyclists.

Kensington Gardens has a number of shared-use paths, but Jay Miller says his two Boston Terriers have nearly been hit by bikes on pedestrian-only paths on four occasions.

“The bikes are an absolute scourge in the park,” he said. “Lots of them think they are Lance Armstrong in a Tour de France trial, speeding down through a pedestrian-only path.”

“I’ve lived near the park for four and a half years and for the entire time have felt that my dogs’ lives are in danger from cyclists, both on Santander bikes and private bikes.”

Miller, who is originally from San Francisco, has begun challenging cyclists, stockpiling footage of their reactions.

“I have accumulated footage of more than 850 illegal cyclists in more than 560 videos. Sometimes when I challenge them they are so rude, they swear at me and one lady called me a ‘fucking American’.

“I was being polite, even though I do shout sometimes as I am so angry because my dogs’ lives are at stake.

Miller says the videos will serve as evidence. “I am trying to arrange a meeting with Karen Buck, our local MP, to discuss the issue. I know police resources are strapped, but when a child or an old person gets killed by someone on a bike, it will be a hot button issue.”

Simon Richards, who leads the Royal Parks’ cycling board, said: “For everyone’s sake we want to encourage cyclists to adjust their behaviour when moving from busy roads to peaceful paths.”

A London Cycling Campaign spokesman said the solution was to install more cycle lanes on roads. He said: “Instead of cracking down on rogue cyclists, we should consider why they are cycling in Kensington Gardens in the first place — because the surrounding roads are terrifying and car-dominated. Where there are separate cycle tracks, people use them.”

Earlier this year, a number of cycle speed bumps were installed in Kensington Gardens in a bid to reduce speed. We published footage of one cyclist’s confrontation with a Royal Parks police officer who was somewhat confusingly riding up and down Mount Walk asking people to dismount while the work was underway.