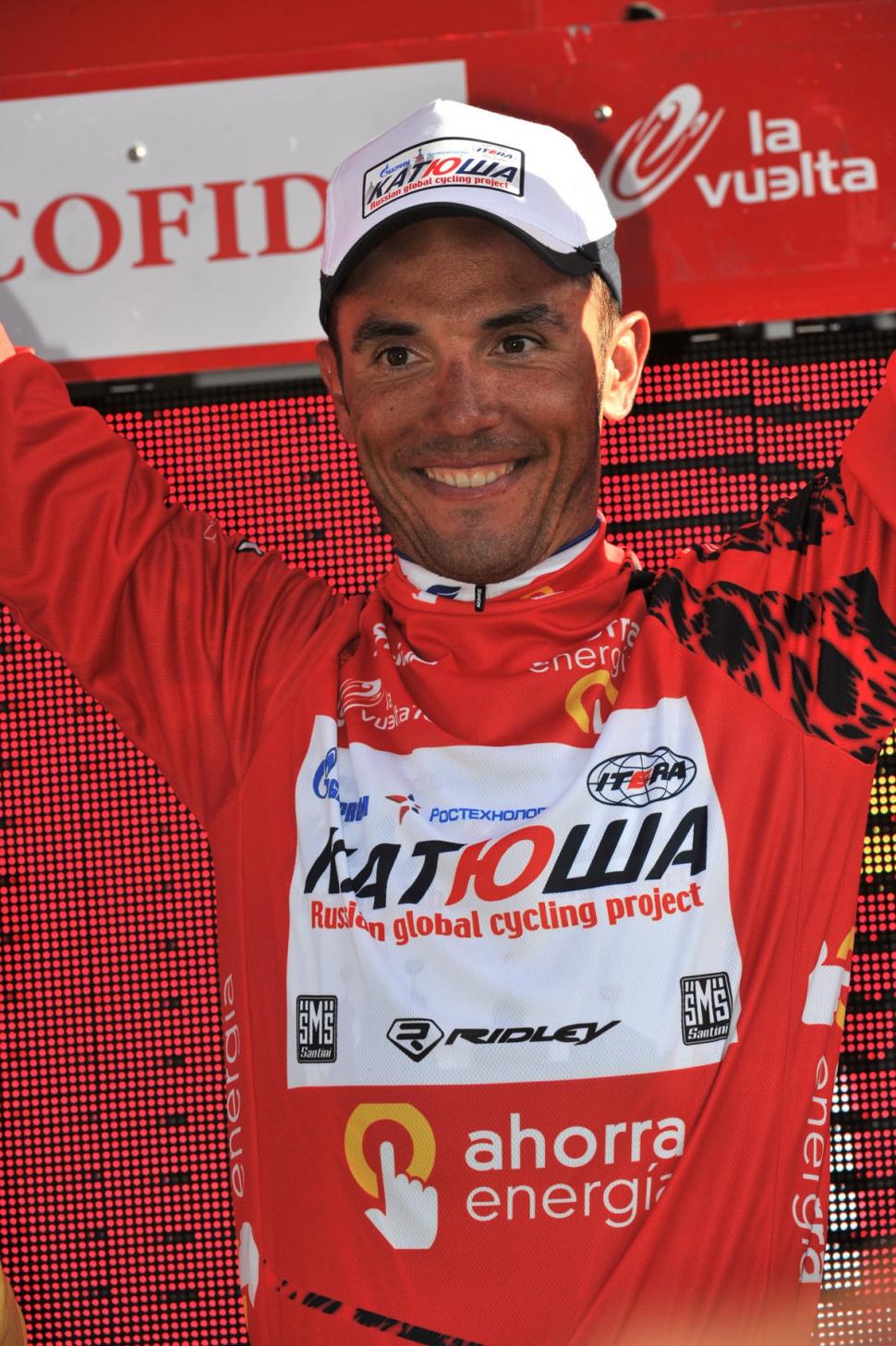 Meanwhile, reports conflict on just how late Schleck and O'Grady's late night was...
by Simon_MacMichael

Jouaquin Rodriguez of Katusha, frustrated in his attempts to claim the Vuelta’s red leader jersey ahead of the race moving into his native Catalonia, finally took the overall lead on yesterday’s Stage 10 in the region, which took the peloton from Tarragona to Vilanova i la Geltrú.

The 31-year-old, who snatched third place in an intermediate sprint behind green jersey contenders Mark Cavendish and Tyler Farrar to get the time bonus that put him ahead of Euskaltel-Euskadi’s Igor Anton in the overall standings, admitted afterwards: “I struggled a lot to get the jersey, as did the team, and what better way to get it than here at home?” 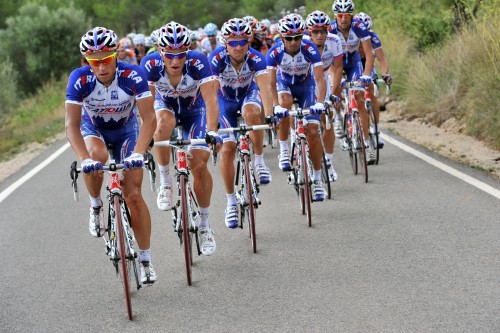 The Katusha rider, who previous race leader Igor Anton had singled out at the weekend as the favourite for this year's race, is determined to keep the jersey, too, starting with today’s only Pyrenean stage of this year’s race. The stage sees the peloton head up through the mountains into Andorra, roads that Rodriguez knows well through his training, with the cyclist saying “I’ll continue to fight for victory and to take time out of my rivals.”

Caisse d’Epargne may have five riders in the top 20 of the GC, but in the last two stages it’s been two of their less heralded team members, David Lopez on Sunday and Imanol Erviti (picture below) yesterday, who have got the stage wins, profiting from the fact that they’re not going to be as closely marked as some of their colleagues to slip into breaks and stay away. 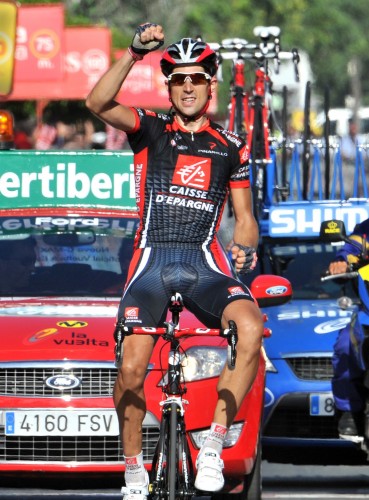 Erviti got away from his fellow escapees after the day’s main climb, the short but sharp Rat Penat, and said after his victory: “"I made my move in the descent, I took a few seconds, and I benefited from it.”

He dedicated his win to the memory of former team mate Isaac Galvez, who died four years ago in an accident during the Six Days of Ghent, a crash that also involved the Belgian rider Dimitri De Fauw, who suffered ongoing depression afterwards and committed suicide last November.

Two riders who didn't figure in yesterday's stage, which headed north from Tarragona, at times skirting the Catalan coast, were the Team Saxo Bank pair, Andy Schleck and Stuart O'Grady, who had broken team orders by going for a drink on Monday evening and were sent home by team principal Bjarne Riis after being discovered drinking. 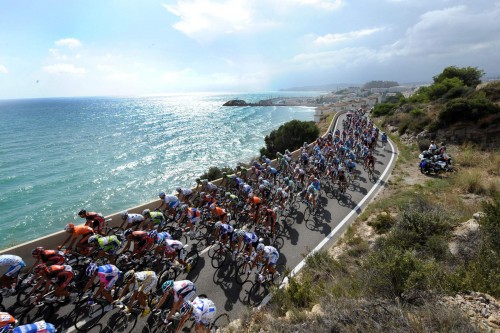 Both cyclists, together with Frank Schleck, are leaving Saxo Bank at the end of the season to join the new Luxembourg-based cycling team, and the pair's escapade, together with Riis's perhaps Draconian punishment, suggests that not all is well within the squad ahead of close-season personnel changes that will include Alberto Contador joining the Danish outfit.

Quite how long the pair had been out for is a matter of some confusion - Italy's Gazzetta dello Sport says 1am, Denmarks Politiken 5am - but reports are that Riis has been unhappy with the younger Schleck's attitude since he finished second to Contador during the Tour de France, with his lack of fitness evident from the fact that he was already more than half an hour off the pace in the first week of the Vuelta.