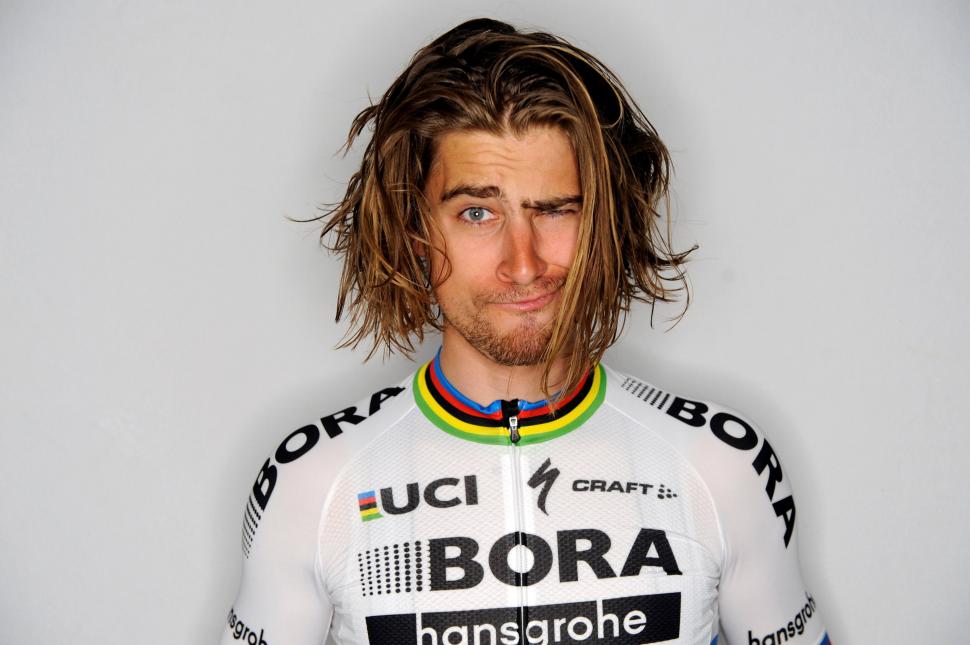 Peter Sagan and his wife Katarina have announced the birth of their first child, a boy named Marlon.

The Slovak cyclist, who last month became the first man in history to win the road world championship for the third year running, broke the news on Twitter.

Our family just got bigger! Kate and I are delighted to announce the arrival of Marlon. Both the baby and his mother are in excellent health pic.twitter.com/ltSPz7AKhX

He had used the same social media platform earlier this year to announce that the couple were expecting a baby.

Hmm, I guess, this is not from the pancakes

Life is all about love!
Toto asi nebude z palaciniek

The new addition to the Sagan family was born yesterday in Monaco, where Sagan is now based, the star-studded principality affording him a degree of anonymity that he cannot enjoy in his native country.

The past few weeks have been a happier time for Sagan than the first few months of 2017, with just one win in the Spring Classics campaign at Kuurne-Brussels-Kuurne and his disqualification from the Tour de France in July.

In September, he took his 100th professional win at the Grand Prix Cycliste de Quebec then followed that up with his third consecutive rainbow jersey as he outsprinted Alexander Kristoff, racing on home soil in Bergen, Norway.

Sagan chose to stay in Monaco to be with his wife as their child’s birth approached rather than attend the UCI World Gala in Guilin, China.

“I think you understand that family comes above all, so I want to be by the side of my wife,” he told the audience at the event, where Belgium’s Greg van Avermaet was crowned as UCI WorldTour champion for 2017.