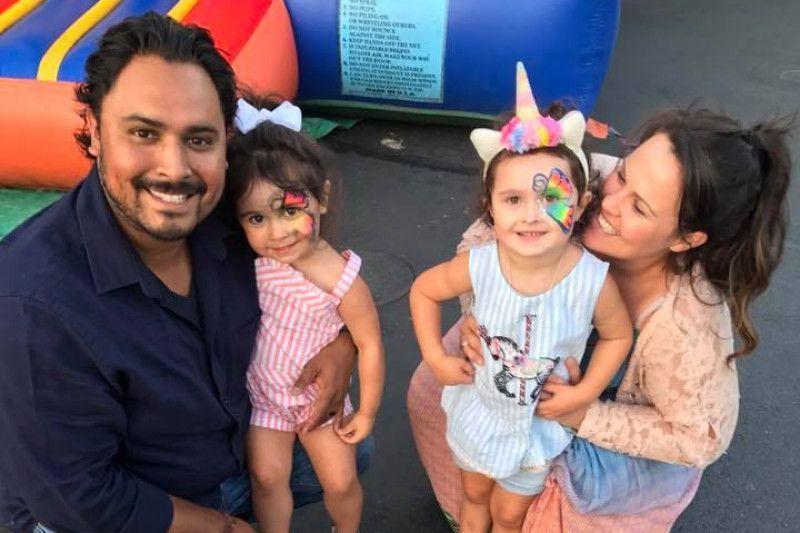 A pregnant woman in California has told of how she put her children in a bike trailer and cycled through the wildfire that has ravaged large parts of the state’s wine growing region north of San Francisco. Others to lose their homes to the fire, which has claimed more than 30 lives with hundreds of people missing, include former pro cyclist Levi Leipheimer and a bus driver for the Cannondale Drapac team.

Charity Ruiz from Santa Rosa had been attempting to flee the firestorm by car but she, her husband Mike and their two children became stuck in a traffic jam on a street where buildings were already ablaze, reports CBS Local.

She said: “Honestly, I’ve never in my life felt like I was going to die like that moment. Not just me, but my girls and unborn baby.”

Ruiz ran back to the family home and grabbed her bike as well as a trailer to put her two daughters in.

She met up with her husband later after a stranger gave her and the two girls a lift to the house of a family friend.

Ruiz was due to have her third child delivered by Caesarean section next week, but said: “Our hospital is shut down right now, so I don’t know if that will happen.

“I’m just waiting to hear back from somebody.”

She added: “To know that the baby is going to come into this world and of course be loved. And it will be beautiful, but I won’t have a place to bring him home to.”

As for a name for the boy, CBS Local says that Phoenix – the mythical bird reborn through fire – is one option being considered by the parents.

A Go Fund Me page has been set up for the family, with well-wishers donating more than $19,000 to date.

Meanwhile, retired professional cyclist Levi Leipheimer’s house was destroyed by the fire, with the former US Postal Service, Rabobank and Astana rider breaking the news in a post on Instagram.

I lost my house but not my home here in Sonoma County. We WILL make it through this.

Another person to lose their home and belongings – including their pet cat – to the fire was Cannondale-Drapac team bus driver, Silvano Rastelli. A crowdfunding campaign to help him get back on his feet has so far raised almost $20,000.