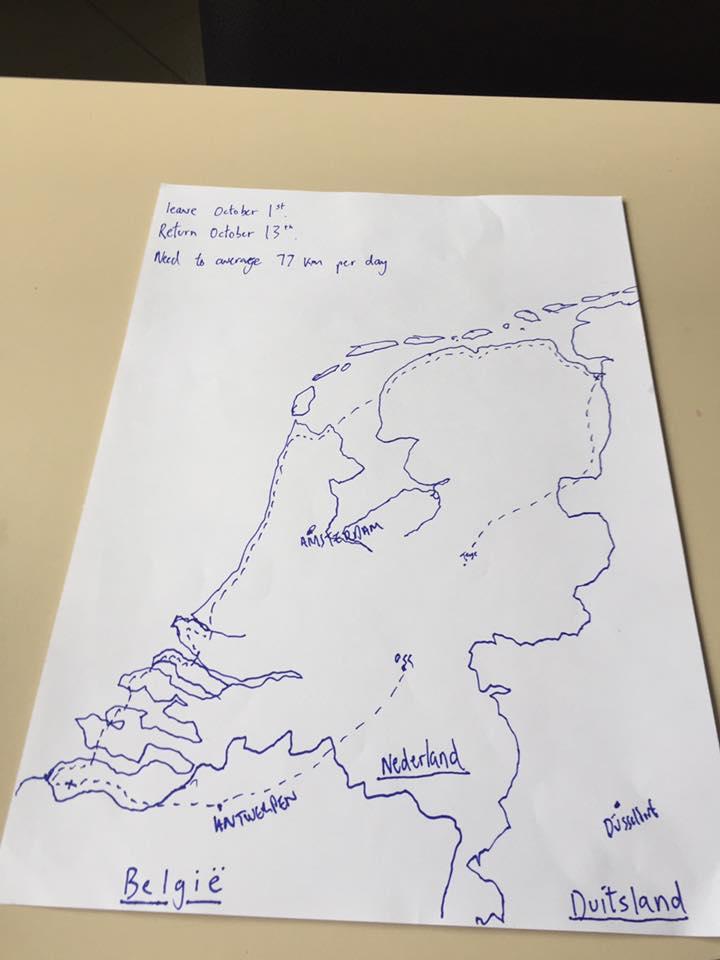 It's a good job the land is flat too, when you take a look at his bike.....
by Sarah Barth

A man from Milton Keynes plans to cycle 1,000km in a pair of flip flops in order to raise money for survivors of Hurricane Irma in the Caribbean.

Jean-Louis Button was born in the Dutch territory of St Maarten, which was devastated by storm force winds and catastrophic sea water surges earlier this month.

He said: “ Although I have lived in the UK for most of my life, I still feel a connection to the island.”

He has begun crowdfunding for his efforts, and will pass any donations to the Red Cross relief effort.

He added: “When I saw the first images of the devastation left by Hurricane Irma I couldn’t help myself but curl up in a ball and just cry uncontrollably.

“My thoughts and prayers go out to all those affected across the nations and I wish I could do more to help.

He added that his bike was hardly fit for purpose, saying it was "not designed for long distance. It only has one gear, and to brake you have to pedal backwards." During the hurricane’s landfall in the USA, we reported how footage emerged from Miami of two men riding bikes in the height of the storm.

“This is incredibly stupid", remarked a reporter live at the scene. "These two guys going out in the rain and in these storms. First of all I don’t know how they’re staying up on two wheels… they may be joyseekers but that is absolutely unsafe.”

Overwhelmed emergency services were unable to respond to calls at the time according to the reporter, heightening the danger the cyclists had put themselves in.

The hurricane created havoc through the east coast of the United States and parts of the Caribbean, with several deaths reported.

1
Owner of van with spiked wing mirror claims it is to deter vandals, not harm cyclists
2
Highway Code changes aimed at protecting cyclists to become law next month
3
Car wing mirrors studded with spikes reported to Greater Manchester Police
4
Richard Dawkins claims “psycho” cyclist smashed up his Tesla – while he was in it
5
Government clamps down on handheld mobile phone use while driving
6
Road rage driver who rammed and killed cyclist and then boasted about it jailed for 10 years
7
Five cool things coming soon from Black Inc, Met, Koo, 7mesh and Moon
8
Cyclist shot by hunter who says he mistook him for a rabbit