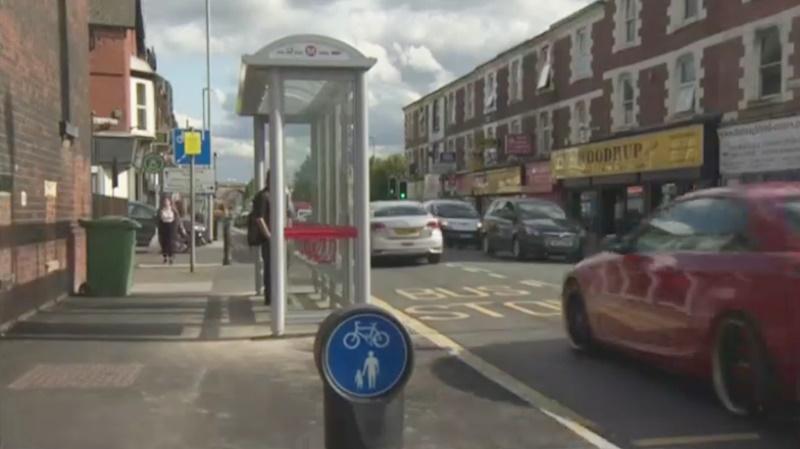 Leeds City Council has come in for criticism after constructing a bus shelter across a cycleway on one of the city’s busiest commuter roads.

In November, the council said that segregated cycle lanes and Copenhagen style junctions were planned for the A65 Kirkstall Road between Woodside View and Weaver Street. The 850m stretch of road saw 59 people injured in reported collisions between January 2011 and January 2016 with 32 of those incidents involving cyclists.

The BBC now reports that part of the new cycle lane has been interrupted by a bus stop with cyclists having to either ride behind it or bump down the kerb into the road.

Craig Bilclough, who works in Woodrup Cycles opposite, said the arrangement was “a joke” and that it was putting both cyclists and pedestrians in danger.

"It just popped up over the weekend and now cyclists are having to negotiate it and they can't do it in an easy manner. It's dangerous to pedestrians as well who are stood waiting for a bus. I just don't think it's been thought about properly."

In a statement, the council said: “We needed to meet the needs of bus users, pedestrians and cyclists, so we made this into a shared space. There is signage indicating that this is the case which is available for everyone using the area to see.”

Local cyclist Anthony Woodrup said: “I can see the point why the council put this in. However, no-one seems to know where the right of way is now.”

Martin Stanley, from Leeds Cycling Campaign, said: "I think there's opportunity to take some carriage space away and move the bus stop further on to the road so the pathway could have continued in a straight line."