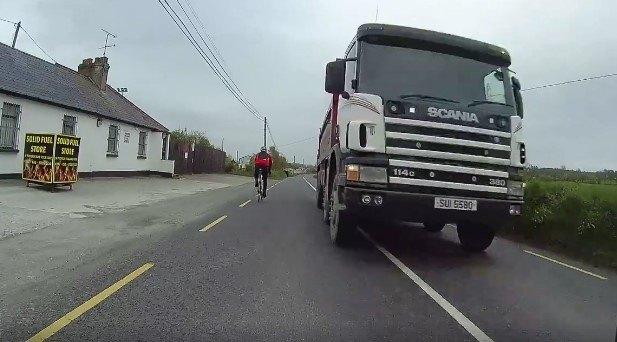 Plans to fine motorists for close passing in Ireland are 'unworkable'

Plans to fine motorists for close passing in Ireland are unworkable, according to Department of Transport officials.

Regina Doherty, the social protection minister, and Ciaran Cannon, junior minister for the diaspora, have introduced a bill making it an offence to pass a cyclist at closer than 1.5m in areas where driving speeds are over 50km/h, and at closer than 1m in slower zones.

The offence would carry a fixed charge penalty of €80 and three penalty points.

But a briefing from civil servants says that the plan is “unenforceable”, and that “passage of such a law would actually make it more difficult to prosecute for dangerous overtaking”.

It went on to say: “Proof would hinge on establishing the precise distance rather than on the degree of danger involved.

“How would the 1.5m be established? Having unenforceable laws can undermine the effect of road traffic law generally.”

The briefing, given to Shane Ross, the transport minister, also noted that “a law in which a driver could in principle be prosecuted if a cyclist were to move within 1.5m would raise serious legal issues”.

Shane Ross’s spokesman told the Times the minister has is seeking information from his counterpart in Queensland, Australia, where similar legislation has been introduced.

Last year we reported how a study of the effects of the minimum passing distance law in Queensland concluded that despite limited enforcement and inconclusive effects on casualties: "Overall, 56.3% of riders and 43.1% of drivers agreed or strongly agreed that “compared to 12 months ago I am more aware of bicycle riders when driving on the road”.

“In response to the question regarding their opinion of the rule, 26.8% of drivers said that it has made them more aware of cyclists"