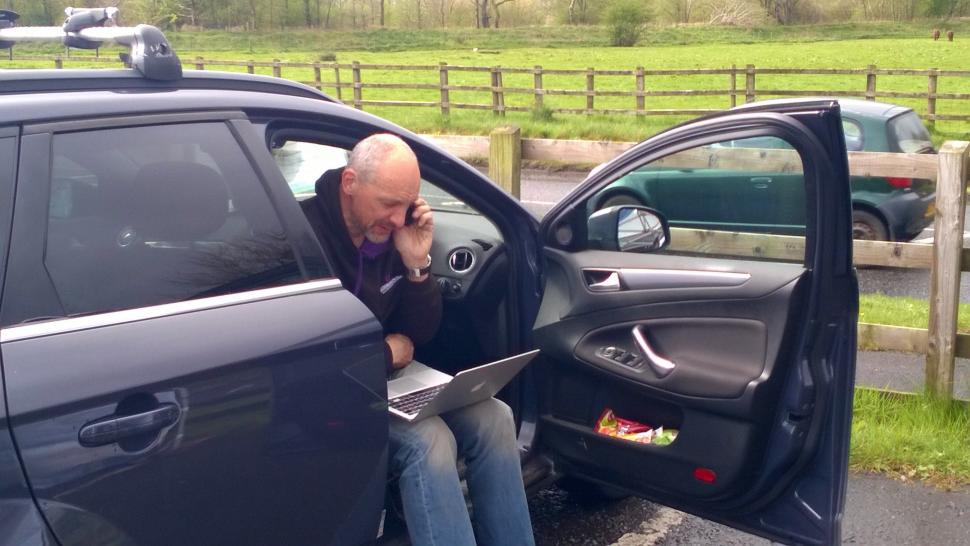 Guardian writer's career on the race has spanned three decades coinciding with huge changes in the sport and the way it is reported...
by Simon_MacMichael

William Fotheringham, one of Britain’s longest standing and most admired cycling writers, has filed his final stage report on the Tour de France – for the time being at least – as he bid ‘au revoir’ to the race after covering 26 editions over almost three decades.

He announced his farewell in an article published yesterday on the Guardian’s website, and was taken aback by the reaction to the news from professional colleagues, fans of the race and even former world champion Mark Cavendish.

I'm touched by this. That's all I'll say. https://t.co/j0VyzEwhsE

His blog post for the Guardian yesterday had the title, Tour de France: why I am bidding au revoir to the greatest race of all, and that choice of French phrase by someone who graduated from Cambridge in the language is no accident.

Au revoir, Le Tour: @willfoth on why he is bidding farewell to the greatest race of them all https://t.co/YXa7IoVG4n

It’s clear from the dozens upon dozens of messages Fotheringham has received on Twitter that he was equally as respected as his reports of the race were eagerly anticipated (and even after watching a stage live, it was always illuminating to read up on his take of it, and his reporting of the aftermath).

“I will return to the race, I would hope, but not as a full-time, daily reporter, which is what I have been for 26 of the past 27 Tours – 20 of them completed in full – with all the stimulus, constraints, rewards and stress that role entails,” he wrote.

“I won’t be on the road next year; if and when I return it will be at a time of my choosing, to write about it in a different and equally rewarding way. I would hope it will be for the Guardian, but that particular decision can wait.”

His time following the Tour de France encompasses more than a quarter of a century in which both cycling, and the way the sport is followed and reported on, have undergone huge changes.

Back in 1990, the first year Fotheringham covered the race, if you missed the Channel 4 highlights show, the morning papers were the next best way to follow it but there certainly wasn’t the same depth of coverage that British success over the past decade has brought about.

Copy would be phoned in or perhaps sent by fax if a machine were available, with a strict word count. And as Fotheringham recounts, the race had an intimacy, a connection between the racers and the men writing about them that has been eroded over the years as the event has assumed truly global status.

It’s a far cry from 2017 when multiple outlets report each stage live, the whole of each stage is shown on TV as it happens, reports can be published online within minutes of a stage finishing, British riders are enjoying unprecedented success and the sport is booming in the UK.

In his blog post, Fotheringham recalls some of the more memorable episodes of his time chasing the Tour de France – including, in 2008, the first of 30 stage wins by Mark Cavendish, whose newspaper column he ghosted that year, leading to the gloriously self-indulgent front-page headline of Guardian man wins Tour de France stage.

To be honest, if Geraint Thomas were still contributing to our Tour de France previews on road.cc, as he did back in his early days at Team Sky, we’d have been tempted to follow suit after the Welshman's victory in this year’s opening stage.

Fotheringham wrote: “My favourite remains a time trial in 2001 or so, following Jacky Durand (who knows why): Dudu’s bars came loose, he had no team car with him, but we happened to have an allen‑key set – the best thing about the Tour being that such a thing could probably happen even now."

In conclusion, he said: “It has been a good race this year; massive events such as Peter Sagan’s eviction, a wealth of attacking, and a tense – if slightly sterile – battle for the yellow jersey. It had its undercurrent of controversy but we are used to that now.

“I am far from looking at the race with the ‘tired eyes’ Jacques Goddet said reporters displayed when they slammed his 1968 Tour. And that, as much as anything, is why now is time for something else in July.”

We’re guessing there are some things he won’t miss about the race, however, and that's even before one starts to consider how many jambon et fromage baguettes an on-the-road journo may have gone through in more than a quarter of a century  – which, by the way, based on three and a half weeks on each edition is getting on for two years of his life.