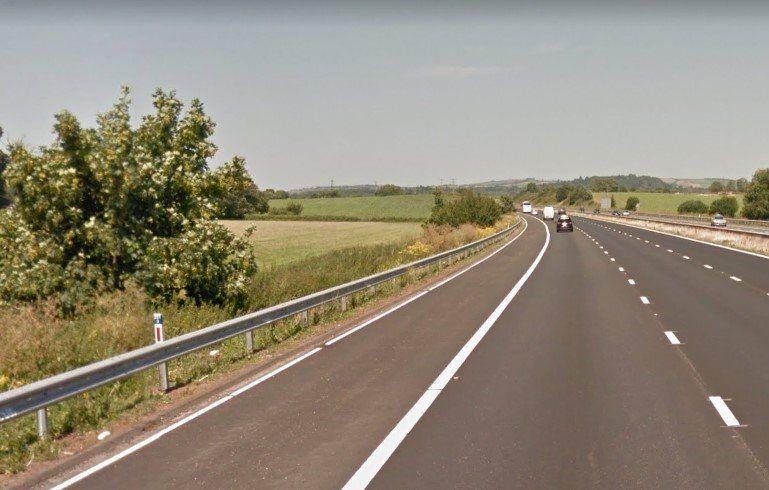 Hard shoulder of the M5 (via StreetView).jpg

"I did not intend to cycle on the M5 but I had to try and find my way to Bristol and then London," was Balin Hobbs’ not entirely watertight defence for riding on a motorway on April 29. The 52-year-old Devonian – who says it is against his spiritual beliefs to be driven in petrol or diesel vehicles – had ridden for three days to defend himself at Exeter Magistrates Court.

Devon Live reports that Hobbs was riding back from an ex-partner’s home in Bovey Tracey to London when police were called to the northbound carriageway of the M5 between junctions 28 and 29, where he had been spotted cycling on the hard shoulder.

When a patrol car pulled in ahead of him, he moved into the inside lane to pass before continuing on his way.

Richard Parkhouse, prosecuting, said that when officers pulled alongside and shouted for him to stop, he refused and shouted back: “It's you blocking the road, get away – I am not stopping until I get to London.”

Parkhouse added: "He called the officers cunts and told them to fuck off.”

He said police continued to "monitor" Hobbs and eventually persuaded him to exit at junction 29.

When they attempted to arrest him, he shouted: “You're putting me in shackles for no reason. Policing is by consent and I don't consent."

He is said to have resisted by twisting left and right and it reportedly took three officers to put him into the car.

Hobbs had ridden from London to Exeter for his hearing and slept on the courthouse steps. He admitted using a pedal cycle on the motorway and a second charge of resisting arrest, but said he was only doing so to avoid repeating the three-day ride to attend a trial.

"I have been intimidated into coming here with threats used against me – forcing me by bringing me in a vehicle which I do not want.

"I have cycled here over three days and will cycle back. I arrived last night and slept on the steps outside.

“I would rather be here under my own steam than use a car which used petrol – these are against my spiritual beliefs. I don't know what to do about a system which is supporting global destruction and destroying the natural environment.

“I don't support the car structure – I don't want to be here, nor do I want to be in prison. I collect sandwiches and give them out on the streets. I have no income, I don't sign on – people give me pennies."

Hobbs was given a 12-month conditional discharge and ordered to pay a £20 victim surcharge.

He said the sentence was "fair enough".

When the chairman of the bench wished him a safe journey home and urged him not to take the motorway, he replied: "I know the way now. I turn left out of the court and keep going."

1
"Check the Highway Code": Police officer claims cyclist shouldn't ride "in the middle of the road"
2
Snake Pass section shuts to all road users... but cyclists can still reach the summit (and turn back around)
3
Footage of cyclist's encounter with mountain goat "on steroids" goes viral
4
Driver "used bus as a weapon" against cyclist, loses appeal over sacking
5
Hit-and-run driver moved unconscious cyclist off road before fleeing scene
6
Road rage van driver who assaulted cyclist, knocking him unconscious, handed suspended sentence
7
Why was Mark Cavendish riding with Lance Armstrong this week?
8
Five-year-old boy killed after van driver knocks him off bike