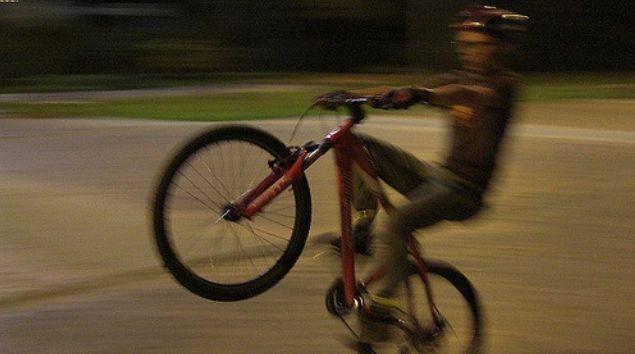 Children caught cycling anti-socially in a suburb of Birmingham face being excluded from school following complaints from local residents.

Responding to concerns raised by members of Streetly Neighbourhood Watch on Facebook, Billy Downie, the head teacher of The Streetly Academy said that he was prepared to take tough action against students found breaking the law or behaving in an anti-social manner.

In a post on the group’s Facebook page one member, Chantelle Birtwistle, called for action to be taken against children pulling wheelies while riding in groups on the road.

She wrote: "I've nearly gone into a young lad attempting one and he lost balance on Ferndale Road!

“It's unsafe for drivers too what if my baby was in her car seat and I'd knocked him off?”

In response, Mr Downie wrote: "We share your concern over the conduct of a minority of our students on bikes outside of school hours.

"In the past three months every student has had a hard hitting assembly on the dangers of thoughtless behaviour on bikes.

"Road traffic accidents are the number one cause of death in the UK for 14-to-25-year-olds and we have driven home this point to our students.

"In addition to this, we have run the national Bikeability scheme with over 50 students, mainly boys. This course entails a day working with cycling officers on road conduct and awareness.

He said that pupils would also be required to wear a cycle helmet when riding a bike to school, although given there is no mandatory helmet law in the UK the legality of that, or how it could be enforced, is questionable.

“We have also introduced a ruling that no student will be allowed to cycle to school without wearing a helmet or on a bike that is not roadworthy,” he said.

“Unfortunately, we are still seeing many of our students on the roads without a helmet.

“From a personal perspective, I believe this should be the law, but in the absence of that I believe the onus should lay with parents to encourage their child to wear a helmet when out on their bike, irrespective of their age."

As for anti-social riding, he said: “Where we have any reports of anti-social behaviour and where we can identify the culprits, we always take action.

“This can include warnings, engaging with parents and even exclusions from school.

“Sadly, whatever advice and guidance we offer or consequences we implement, we cannot take full control of every child at every moment beyond the school gates," he added, urging parents to take responsibility for the behaviour of their children.

In response. one mother of a child at the school wrote on Facebook: "Thanks Mr Downie. As a parent of a Y7 boy who is keen on wheelying I'm very keen to work together with the school and local community on this, and have spoken already with Mr Wood and Y7 parents. I'm keen to help prevent any further incidents if I can in any way?"

Another member of the Neighbourhood Watch group on Facebook said: "I absolutely agree with Mr Downie. PARENTS AND PARENTS ONLY are responsible for their childrens' behaviour.

"What Streetly school is doing is admirable but it is NOT their responsibility so to the parents of these kids I say GET A GRIP ! I saw a lad of about 9 or 10 doing wheelies on his bike on Lowlands Avenue and he nearly hit a parked car. He wasn't wearing a helmet either."

She added: "I have to say that if a child on a bike doing wheelies on the road damaged my car and I was not at fault I would be claiming the repair bill from the parents."