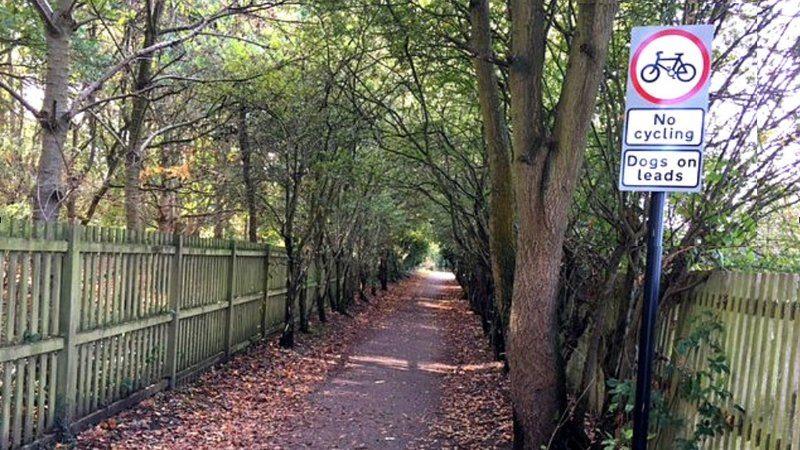 The Royal Parks has announced that Bushy Park’s Duke’s Head Passage has been reopened to cyclists after ‘no cycling’ signs were put in April 2016. New signage states that is a pedestrian priority area and that ‘considerate behaviour is welcome’.

When cyclists were banned, the behaviour of some and ‘near misses’ with other park users were given as reasons – an explanation that was questioned by campaigners, who launched a petition.

They argued that the route had been used by cyclists for decades and a Freedom of Information request put in to the Royal Parks revealed that there had been no reported accidents involving cyclists and few complaints.

Richmond Council commissioned Sustrans to produce an independent report on the route and it concluded that the more significant conflict issues occur where 'the pathway is constrained and the visibility of people approaching is most restricted'.

Royal Parks has therefore implemented a number of recommendations to return Duke’s Head Passage to being a shared-use route.

As well as the signs advising that it is a pedestrian priority area, bushes and shrubs will be pruned and verges mown to improve visibility.

In its statement, Royal Parks said: “Although we will be re-opening the pathway for cyclists to share, it must be stressed that we continue to have concerns about the behaviour of some cyclists, and we hope that cyclists will not give us cause to re-appraise our assessment of the risks posed to pedestrians in the future.

“We mustn’t lose sight that across all the Royal Parks, wildlife and pedestrians are our priority, but we recognise there is a big juggling act to accommodate the huge range of visitors, and millions who enjoy the parks every year.

“We welcome considerate cyclists in our parks, but it is essential we manage them in a way which also considers the needs of all park users.”

Vince Cable, who was among those to back the petition against the cycling ban, proclaimed the news ‘a great campaign success’.