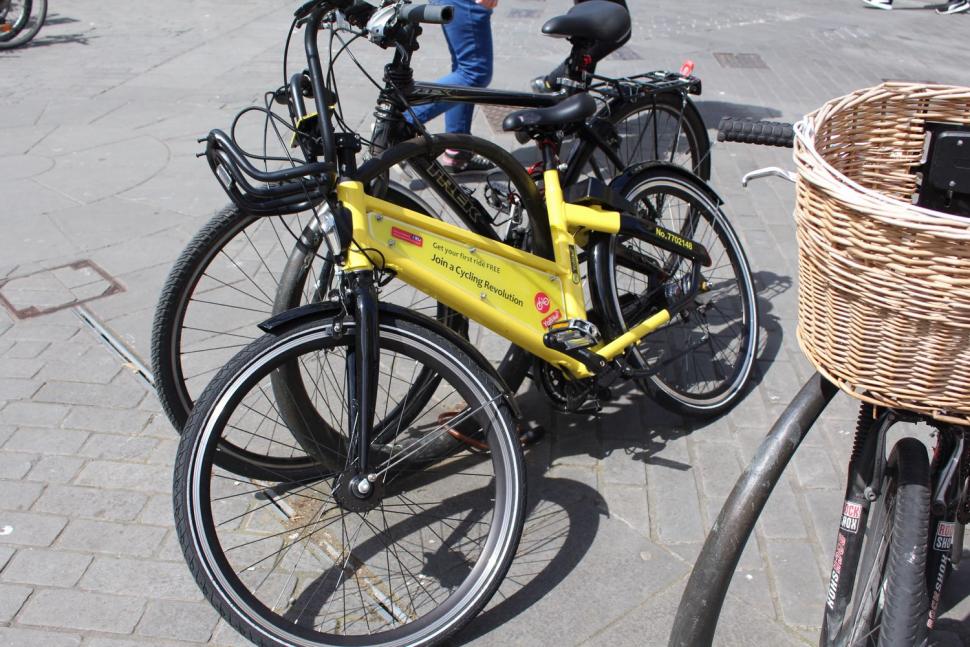 Company was accused of entering the neighbouring market 'by the back door'...
by Sarah Barth

A Chinese hire bike firm has officially announced plans to roll out its service in Bath after it was accused of invading neighbouring Bath ‘through the back door’ when they started appearing in Bath, despite being intended for Bristol-based cyclists.

YoBike was accused of being “like a wrecking ball” in its approach by rival rental company nextbike, which is contracted by Bath and North East Somerset (Banes) Council.

YoBike spokesperson Will Trafford told the Bristol Evening Post: “We are pretty shocked by the accusations of YoBike coming in 'like a wrecking ball', or 'through the back door' to Bath.

“At present we do not, and have not operated our shared-cycling initiative in Bath. We obviously do want to operate in Bath in the future, and this is something that we have actively put to Bath’s councillors.

“So far their feedback has been overwhelmingly upbeat. Rather than coming in 'like a wrecking ball', our policy is, and will always be to reach out and negotiate directly with local councils.

“Ultimately both ourselves and Banes Council have the same goals - to help more people cycle.”

YoBike allows its customers to dismount their bikes in any given location, provided they click ‘end session’ in the app once finished.

But a “virtual boundary” means any rider who leaves their bicycle outside of Bristol could be fined.

Trafford added: “This is of course something that happens in both directions, with nextBike bikes regularly visiting Bristol also.”

nextbike Managing director Julian Scriven told the Bath Chronicle : “We have no problem with them coming into Bath, but they should do it responsibly and to benefit the city with a sustainable point of view.

“We don’t want people saying no bike shares, we want it to be enjoyed and YoBike appear to be trying to hold the council to ransom by coming into Bath and then asking for permission.”

A statement from Banes Council said: “Bath & North East Somerset Council is aware of the issues regarding the bikes being left in the area and has contacted YoBikes to resolve the matter.

“Anyone who finds an abandoned YoBike in Bath and North East Somerset should contact the company directly at www.YoBike.co.uk to arrange collection.”

Recently we reported how YoBike was actively encouraging its users to go to Bath using the Bristol to Bath railway path.

nextbike said: “We thought it was just teething problems with a new start-up, but the bikes were still there at the end of the week and when we offered to pick them up for them, they said they were coming to Bath.

“The council were surprised about this as while they did have the initial conversation with YoBike, they didn’t see the need for two sustainable bike schemes in the city.”