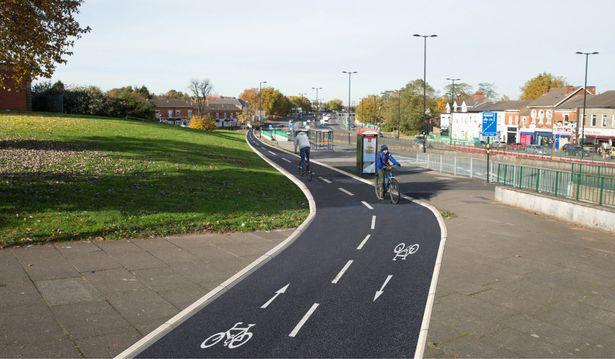 A £700,000 cycle path planned for a Birmingham park will ‘spoil’ the area and generate anti-social behaviour, according to local councillors.

The plans for Woodgate Valley Country Park were opposed by a group led by Conservative councillor John Lines.

But the plans were approved following representation from Labour cabinet member Stewart Stacey who argues that the path would be more attractive to cyclists and pedestrians and encourage more use of the park.

Cllr Stacey said: ”This is about giving people the opportunity, with their bicycles, to go through and enjoy a green area,” according to the Birmingham Post.

The £728,000 path has been developed under the Government-funded Birmingham Cycle Revolution scheme.

But Coun John Lines said he feared it would encourage motorised traffic.

He said: "They want to tarmac through Woodgate Valley - a wildlife park - and spoil it. We are all for more cycling but they should not be paving over our park.

"We get the motorbikes and motor scooters are already enough of a nuisance and this will only encourage them.

"They have had all this money from the Government and are desperate to spend it," he added.

A report to the council's cabinet states: "The Birmingham Cycle Revolution programme seeks to increase the attractiveness of cycling which will contribute to reducing car usage, improving health and the environment and improving connectivity for households without a car.

"Many of the proposals including this route through Woodgate Valley Country Park will also benefit pedestrians.”

As we reported in 2014, a councillor in Birmingham said that the city’s £24.3 million ‘Cycle Revolution’ will only benefit “young, white men” and that cycling is a “discriminatory” form of transport.

In 2013, England’s second largest city was awarded £17 million under the government’s Cycle City Ambition initiative, which together with £7.3 million in local funding is aimed at getting 5 per cent of journeys made by bicycle within a decade, rising to 10 per cent after 20 years.

According to the 2011 Census, Birmingham has the lowest proportion of bike commuters of any major city in England – just 1.44 per cent of adults, virtually unchanged from 2001.

Among features of the council’s strategy aimed at driving growth are 71 miles of new cycle routes, improvements to 59 miles of existing routes, including segregation, lower speed limits for motor vehicles, and a network of traffic-free routes using canal towpaths and open spaces.