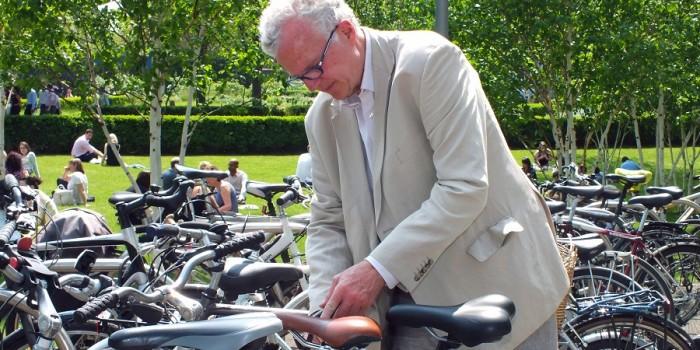 Labour needs to push its green credentials much further in order to hold its new support among young people in the UK, according to keen cyclist and former Mayoral candidate Christian Wolmar.

Writing in LabourList, the politician said: “The key issue is the environment and there was not much about it in the manifesto. There was a bit about sustainable energy and a ban on fracking, but climate change was only mentioned in relation to the Paris agreement.”

He added: “There was nothing on cycling, for example, except cursory support for a national cycling strategy that is all but meaningless without serious money behind it. The transport policy was of the “we want more of everything” attitude which argued for investing in public transport and in highways, rather than suggesting that there are hard choices to be made.

“Cycling can be transformational, too, as has been shown by the opening of the cycle superhighways in central London which have attracted thousands more people on to two wheels, and most are precisely the sort of voters Labour needs to keep.”

He added that large scale infrastructure projects like HS2 risked the funding for cycling, and Labour needed to look closely at its priorities.

‘“To radically increase cycling, which would have fantastic benefits in reducing NHS bills – as has been shown by research released recently showing cycle commuters are 50 per cent less likely to suffer heart disease, with almost the same reduction for cancer – requires a long term concerted approach. This needs to be backed by significant funding though far, far below the levels gobbled up by mega-projects such as new roads and HS2. It is the sort of policy which will inspire young people to retain their enthusiasm for Labour.”

He added: “Labour clearly gained a lot of the Green votes in the election but to keep these young people onside it will need to show genuine commitment to the environment, which does involve making some tough decisions.”

As we reported at the time of the 2015 London Mayoral election, Wolmar targeted the cycling vote by putting 50,000 spoke cards on bicycles across the capital.

Wolmar aimed to target London's approximately 400,000 cyclists to try and entice some of those votes.

The spoke cards included phrases like "10% of all journeys in London by bike by 2020", "A 20mph default on London's roads that is properly enforced" "Cyclists at the heart of every road junction redesign", "A network of safe, segregated, Dutch-style cycle lanes on major roads"

He also proposed to replace the controversial Garden Bridge with a cycle bridge, introduce 50,000 more bike parking spaces in the capital, and make the cycle hire scheme "cheaper and more extensive".

Wolmar said: “There are an estimated 400,000 cyclists who use London streets every day. As the Wolmar for London campaign has already shown, we can reach hundreds of cyclists during a single rush hour. With our vision for a more affordable, liveable and sustainable city, we are attracting people to Labour who like our ideas.

“We have a fresh and inspired message that appeals to real Londoners. We’re going to splash our bicycle spoke cards out across London over the summer, recruiting new supporters and members.”