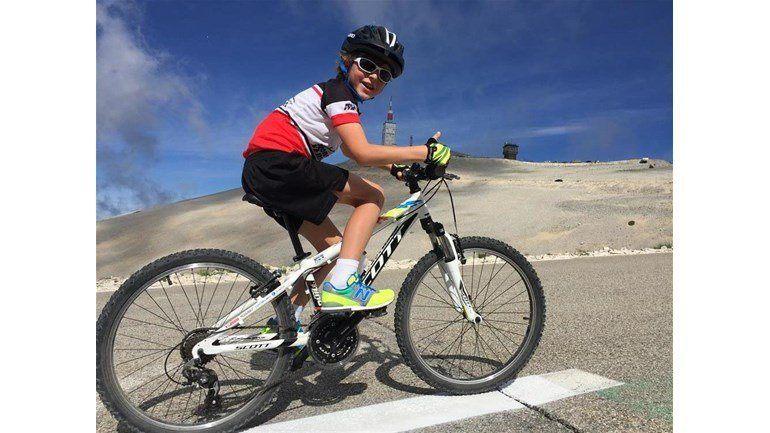 A ten year old is to take on the French mountain stage of Mt Ventoux to raise money for a hospice.

Gavin Siebert from Oxford will ride the climb with his father Eric next Saturday, and hopes to raise money for Helen & Douglas House, where a relative was cared for.

Gavin told the Oxford Times: “I ride to school every day too. I ride pretty much anywhere.”

Amazingly it’s the child’s fourth time reaching the summit, but he is attempting his most ambitious route to date.

On his JustGiving page, he wrote: “On June 3rd I'll be riding up Mont Ventoux, the highest point in Provence.  This will be my 3rd ascent of Le Géant de Provence, but my first taking the same route ridden by the pros during the 2016 Tour de France (unlike Froome, I don't plan to run any portion!).

Gavin has already surpassed his fundraising goals to reach over £1.800 already.

He added that he was even going to make his life a little more difficult by leaving his road bike at home.

He said: “It’s going to be a mountain bike because that’s the tradition.

"Dad is riding one too. I’m forcing him to make it fair!”

Of the hospice, where his mother’s cousin was looked after, he said: “I think it’s important because it’s nice to help other people. So if I raise some money for them they can buy something fun like a football table, Risk or Monopoly.”

Gavin’s mother Sarah said: “We realised the importance of hospices to families of people suffering from congenital diseases.”