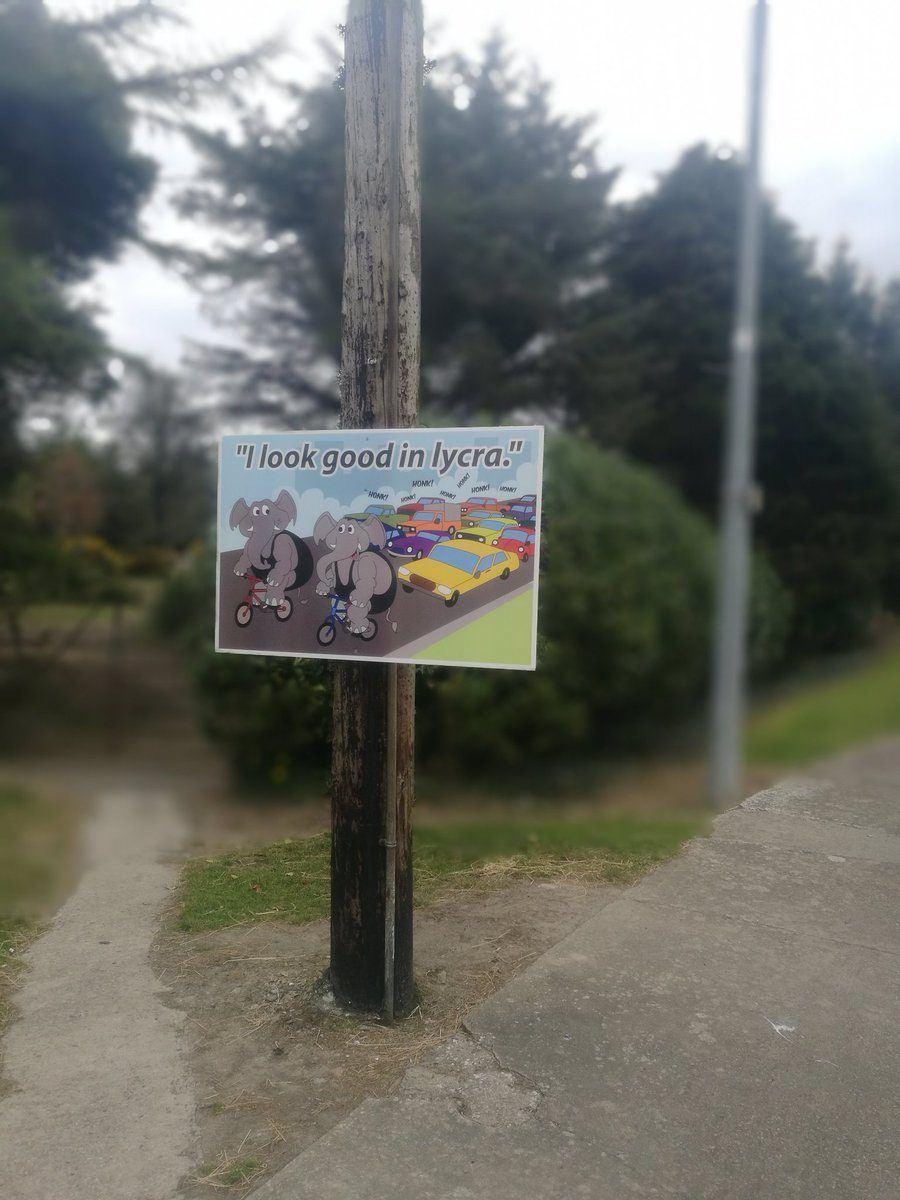 "I just thought they were very insensitive" said local cyclist...
by Sarah Barth

The signs were spotted by a local cyclist, who posted a photo to Twitter.

@Fingalcoco Any idea who's responsible for these #AntiCycling posters that appeared in #Howth and #Sutton today? #Cycling pic.twitter.com/DCZShxUxVE

"There was about two dozen in all starting at Sutton Cross and going up Howth Hill until The Summit pub," Mr McManus told the Irish Independent.

"Obviously someone having a pop at cyclists but I think in the current climate over obesity and lack of exercise, particularly amongst the young, I just thought they were very insensitive.”

"We have been made aware of these signs and will be taking appropriate action," Fingal County Council told the paper.

Mike McKillen, spokesman for cycling.ie, went to check on the posters this weekend and said they had now been taken down.

"It's slightly funny but it's disturbing that people hate cyclists so much. It's a visceral hatred," he said.

"Things will be thrown out windows at us. It's worse in Australia or the US, where they'll throw beer cans at you. But it's very dangerous if someone is driving 50mph and throws something at you, which will also be travelling at 50mph.

"It encourages a redneck driver to do a punishment pass. "It is disturbing."