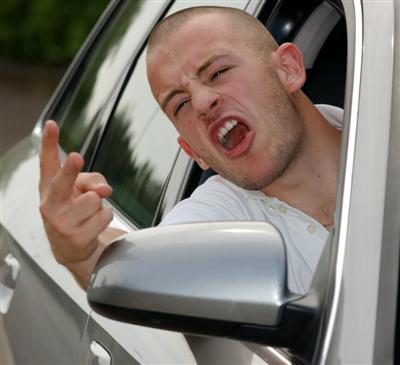 When the red mist descends cyclists are more vulnerable

However, a poll by the Institute of Advanced Motorists (IAM) suggests a driver’s ability to manage his or her anger or annoyance with other road users is a very significant factor in how safely they conduct themselves behind the wheel. In a sample of 1500 drivers those who lose their temper admitted they not only distract other motorists, they also make their own driving worse.

As many as 70 per cent of respondents to the online poll claimed they regularly got angry with other road users and 28 per cent felt that this in turn affected their own driving competence.

Tailgating is the behaviour that most annoys drivers according to the poll, with 28 per cent deeming it to be the most provocative behaviour they encounter while 22 per cent felt that other people taking a call while driving was the biggest irritation.

The poll revealed that 33 per cent of respondents read or send text messages while waiting in a queue of traffic - still an offence -  and that almost 30 per cent would instigate or answer a hands-free phone call, even though research suggests this is just as distracting as using a hand-held phone.

More than a third of drivers found passengers the most distracting thing about driving, with more than 60 per cent saying they are more likely to be distracted with passengers in the car.

The next most distracting thing was billboards and advertising, followed by watching out for safety cameras, mobile phones, in-car entertainment and satnavs.

Neil Greig, from IAM, said: “It is good to see motorists disapproving of bad driving, but it’s worrying so many still get angry when driving.

“With road rage directly affecting drivers' ability to concentrate it is the most vulnerable groups that will suffer. Innocent cyclists and pedestrians may go unnoticed as road rage takes over.”