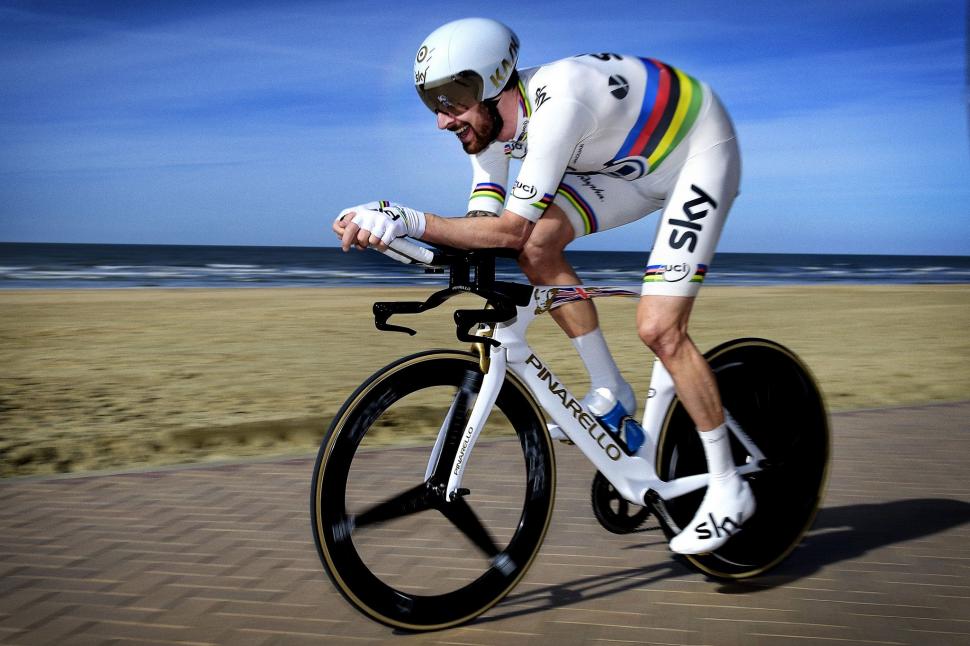 Sir Bradley Wiggins has slammed Team Sky's famous 'marginal gains' philosophy in his first public appearance since breaking his leg on the skiing reality TV show The Jump last month. The Tour de France winner also says that his side of the mystery package story will "shock a few people".

The five-time Olympic gold medalist, who is currently embroiled in the ongoing 'mystery package' scandal that is threatening to undermine many of the values that Team Sky were built upon, told an audience of 300 that he believes that marginal gains are "a load of rubbish," highlighting how much money people had made from the idea.

Talking about marginal gains, Wiggins said: “I think it’s a load of rubbish, if I’m honest. I do. A lot of people made a lot of money out of it and David Brailsford used it constantly as his calling card. But I always thought it was a load of rubbish.

“It’s a bit like the whole chimp thing. At the end of the day, chimp theories and marginal gains and all these buzz words – a lot of the time, I just think you have got to get the fundamentals right: go ride your bike, put the work in, and you’re either good or you’re not good.

"Sometimes in life or in sport, whatever, you’re either good at something or you’re not. That’s what makes you a better athlete: your physical ability and whether you’ve trained enough – not whether you’ve slept on a certain pillow or mattress."

Sir Brad may have been playing up to the audience of corporate-types, but this bout of classic Wiggo bravado appears to be a move to distance himself from his former team's coaching styles while the 'mystery package' investigation continues to unfold.

Digging deeper into the comment he had made earlier about people making "a lot of money" off the back of these ideas, Wiggins claimed that it is all about the talent of the rider underneath all the  buzz-word sprinkles.

>Read more: "Without Dave B, there is no Team Sky" says Chris Froome

"In some ways it’s almost a bit disrespectful for these people to come along and say, ‘Yeah, it’s because we made him sleep on this certain pillow, or he drunk this certain drink before this race’.

"So I think that marginal gains are more for other people maybe to justify their jobs. I think it’s true. Fundamentals – talent, hard work and dedication – are more important. Because that 5% on top – that’s not going to make you win the bike race if you don’t have the other 95% underneath."

"You can overanalyse things but at the end of the day it’s about your ability and whether you’re a better athlete than the other person or not. Whether you’ve come to grips with this other person living inside you, it’s all a bit… well, each to his own. That may work with some people, but as Roy Keane would say: it’s utter nonsense.”

In a separate interview earlier this week Wiggins broke his silence over the ongoing investigation into the 'mystery medical package' that was sent to him at the Criterium du Dauphine in 2011.

"It's the worst thing to be accused of when you're a man of my integrity," Wiggins said.

"It's been horrible. But fortunately there's an investigation and I obviously can't say too much because that investigation will run its course and then I'll have my say.

"There's a lot to say, and it's going to shock a few people."