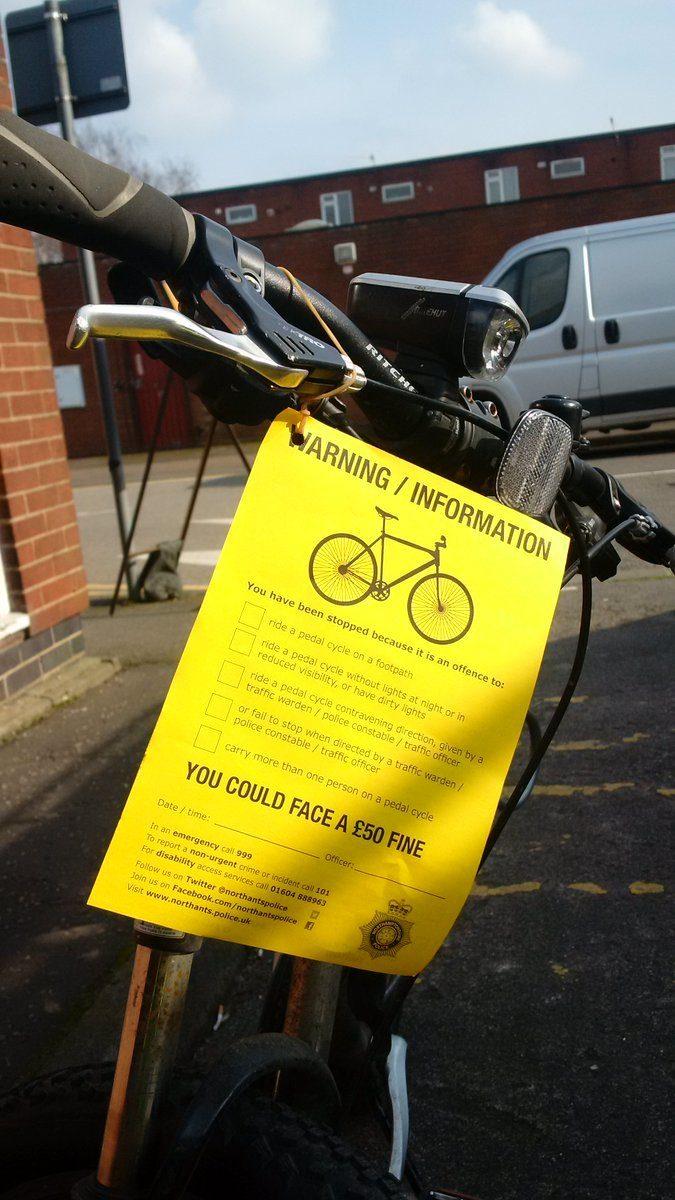 Northamptonshire Police under fire for ‘educational’ leaflet aimed at cyclists

Northamptonshire Police has come in for criticism for Operation Push, an initiative where leaflets will be placed on bikes “to highlight basic rules of the road and consequences.” The leaflets inform cyclists they could face a £50 fine for a series of offences, several of which have been questioned.

The force says that PCSOs in St James, Northampton, will be attaching the leaflets to bikes.

PCSO Andy Emberton said: “Our aim is to inform the riders of their responsibilities when riding their cycles. This action forms part of our education process and is intended to inform riders of some common offences.”

Cyclists in St James to be educated on safe riding https://t.co/HhraKqz0Ef pic.twitter.com/zqslms0Vmi

The leaflet has been translated into four languages on the reverse side.

“If a leaflet has been attached to your pedal cycle, don’t assume that you have done anything wrong but please take time to read it and note its content,” said Emberton.

“We recognise that cycling is a healthy pursuit but riders must realise that they have a responsibility to obey the rules of the road. Further cycling operations will be carried in the St James and Spencer areas throughout the coming weeks.”

Cyclists were quick to point out that if it were an offence to carry more than one person on a pedal cycle, that would be bad news for anyone who owned a tandem, such as Alexander Dutton and his wife who were recently told by the force that ‘cycling isn’t a priority’ after they were forced off the road by a bus.

It was also pointed out that while cycling on the footway is an offence under section 72 of the Highways Act, Home Office guidance is that police officers should use their discretion.

West Midlands Police, the originators of the pioneering close pass initiative that is now being rolled out by several other forces, were unimpressed with the measure.

@beztweets @pedalparity As we police the real "causes of harm" to our communities rather than the vexations of the few, we won't be printing

The operation was also promoted by local councillor Rufia Ashraf, who went further and emphasised the enforcement aspect over the educational one.

PCSO Emberton is getting ready to enforce powers on cyclist who offend. You could face £50 if caught. @NorthantsPolice @Npton_Labour pic.twitter.com/xj1kIPBqjB

Last month, Hampshire Police were forced to apologise for a leaflet sent out by one of its neighbourhood policing teams as it featured an inaccurate list of ‘endorsable’ cycling offences, including “cycle helmets used correctly.”