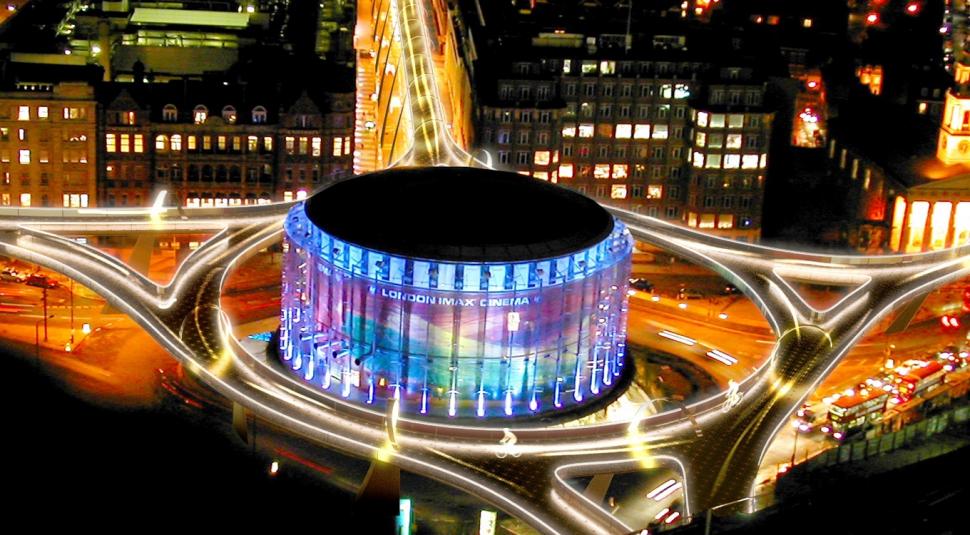 According to a collaboration between Ribble Cycles, university researchers and transport consultants this is what the near future could look like
by Elliot Johnston

Ribble Cycles has put together an expert panel to imagine how two iconic locations in Manchester and London could look in the near future if city planners start prioritising cycling.

As part of its Future Cities project, Ribble Cycles has employed the expertise of professors from the University of West England Transport Engineering department, the regional planning department of York City Council, students at the London School of Economics and transport planning consultants to give Piccadilly Gardens in Manchester and Waterloo in London a rework.

The results, which you can see below, prioritise cyclists at both of these locations.

Ribble says that despite as many as 23 million cycle journeys occuring in London alone every year, only small tweaks have been made to the infrastructure in these areas to accommodate cyclists.

The cycling retailer says that it has taken examples of already-existing urban design and city planning to steer its vision.

The Ribble study located Picadilly Gardens's "dim, grey aestetic" as part of the reason many locals and tourists have struggled to fall in love with the central Manchester location.

Not only that, but the study highlights the proximity of the city's busiest bus and tram terminal as a hazard for cyclists, as well as the 132 incidents of bicycle theft in the area in 2016.

To counter these problems, and the other problem of poor night time lighting in the area the panel created the following model. According to the Ribble think tank, the solution to the problem of the area's dimly-lit walkways and treacherous roads is a combination of solar panel-powered LED strip lighting, and raised cycleways.

The kicker, is those solar panels are embedded into the cycleways themselves.

In order to better protect cyclists from theft, the design features automated underground bike storage throughout the area.

Member of Ribble's panel, and Professor of Transport Engineering at the University of West England, compared the design to art and said "we need to create an environment that's pleasant and different."

Meanwhile Regional Director at York City Council said the direct routes across Piccadilly Gardens that these plans allow should take centre stage during any future discussions relating to cycling infrastructure.

While these roads may look excessively futuristic, we've seen similar examples of raised cycleways throughout Europe and Asia, underground bicycle storage in Tokyo, and solar cyclepaths in Poland.

Just last month a raised cycleway opened in the Chinese town of Xiamen.

The problems faced by the Waterloo project were slightly different to those faced in Manchester.

For starters, Waterloo is one of London's biggest train terminals, and therefore footfall in the area is significantly higher than in Picadilly Gardens.

Thousands of cycle commuters pass through the area on an hourly basis, and the IMAX roundabout - pictured in this article's lead image - as well as the Westminster Bridge Road roundabout are considered to be two of the scariest spots for cyclists in the city.

£22 million worth of plans have been submitted to overhaul the area in the near future, but sadly, the panel predict that an insufficient level of attention will be paid to cyclists in the redesign.

The panel's suggestions focus on the dangerous areas of the area's existing danger hotspots, specifically the roundabouts mentioned earlier.

The image below shows the elevated roundabout, which took inspiration from the raised roundabout in North Brabant, Netherlands, known as the Hovenring. 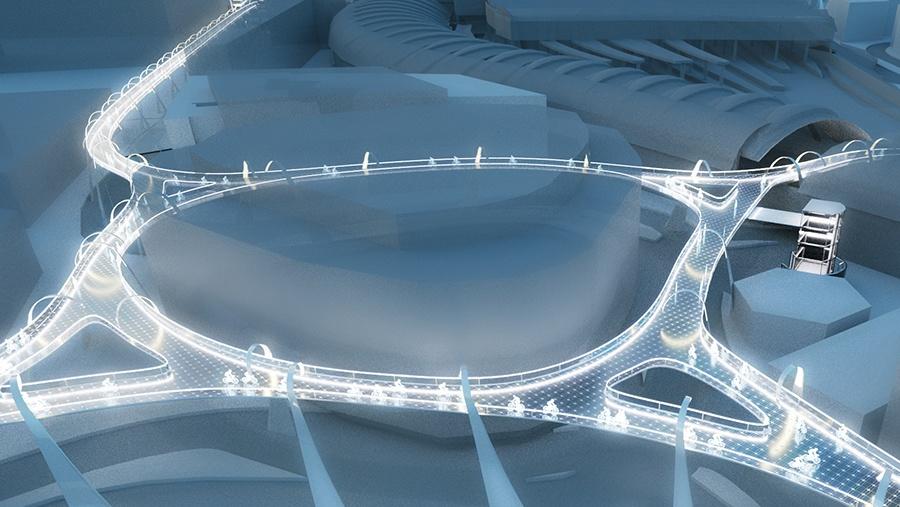 The structure is made from a series of steel structures supported by cables, like a bridge, which ensures vibrations are reduced and cyclists have a significantly more comfortable ride.

Much like the Manchester project, solar panels embedded into the cycleway will power the lights, and if projections are correct enough energy will be produced to power a local office block for an entire year.

The project will extend all the way out to Waterloo Bridge, and run along the top of it.

While these designs may seem farfetched, the report says that all of the designs were based on features that already exist throughout the world.

The concluding statement reads: "These designs may be ambitious, but that's not to say they're unattainable.

"Remember, nothing changes until something changes. So clip yourself in, don your Lycra and help to create a brighter, safer future for those who'll choose two wheels over four in generations to come."