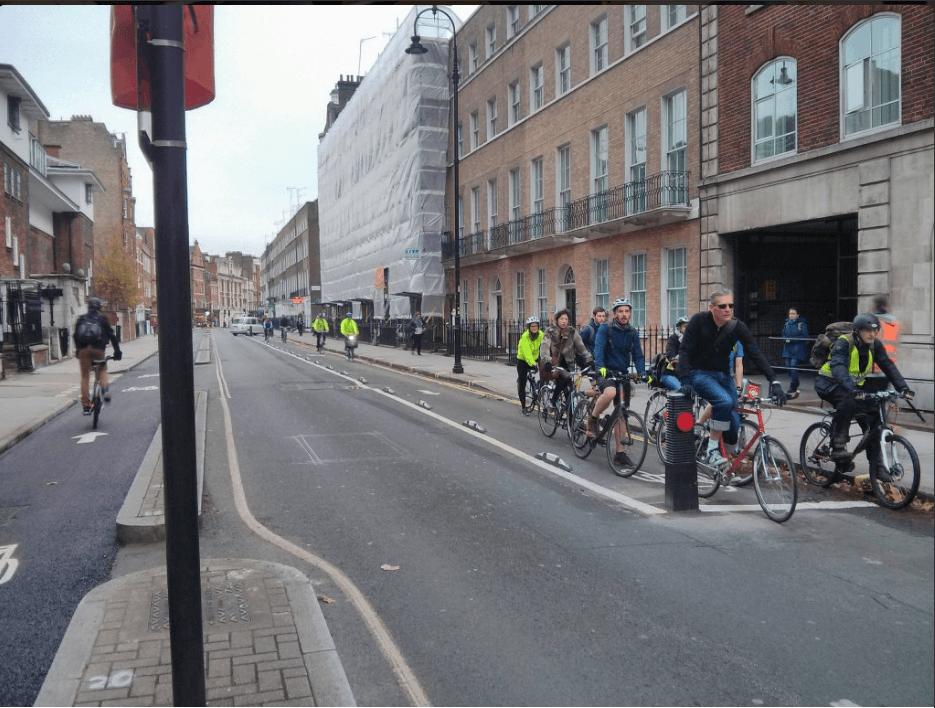 A popular cycle way in central London could be scrapped following a 12 month pilot, after protests from taxi drivers.

Drivers were moved onto a one-way route, freeing up more space for cyclists.

The scheme saw a 52 per cent increase in the number of cyclists on the stretch of road, but it now faces disaster after 15,000 people and groups gave their views in Camden council’s six-week public consultation.

The council had never seen such a response, and 79 per cent were in favour of continuing the cycle scheme.

But a fifth of respondents, mainly residents and taxi drivers, wanted it scrapped.

The council is now to have a public enquiry into the scheme.

The Licensed Taxi Drivers’ Association (LTDA) said the authority should nowbring back two-way traffic while waiting for the inquiry to take place.

Richard Massett, chairman of the LTDA, told the Evening Standard: “We are pleased that Camden Council has responded to the concerns raised by the LTDA and many other stakeholders through the consultation by recommending an independent public inquiry into the measures.

“Whilst we are committed to improving conditions for cyclists on London’s roads, we felt that at Tavistock Place the trial measures did not balance this aim with the legitimate interests of pedestrians and other road users.”

But Simon Munk, infrastructure campaigner at the London Cycling Campaign, said: “We feel very, very confident that unless there is a grave miscarriage of justice, unless something goes terribly, terribly wrong, we can’t see any reason why any planning inspector would not accept Camden has been very diligent and they have put forward a very good scheme.

“We know the taxi drivers hate the scheme but at the end of the day Camden’s report makes very clear that most people can really see the advantages. The scheme has been a huge success.”

Responding to the taxi drivers’ objections to the scheme, Mr Munk said: “They are trying to hang on to a London that’s not going to change but we know London is changing.

“Pollution is growing, congestion is getting worse. They are standing in the way of progress.

“I would be flabbergasted if the inquiry result is anything but support for the scheme.