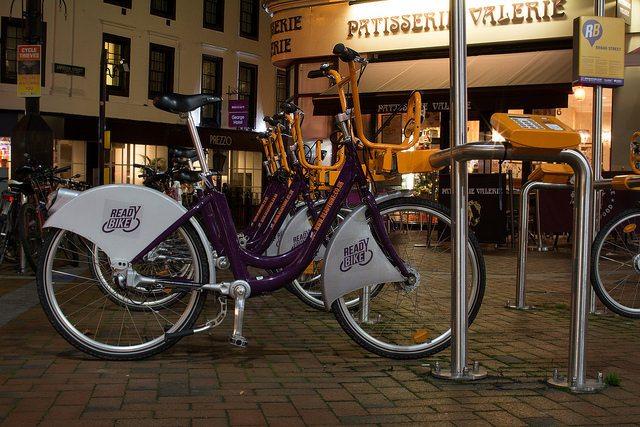 Reading’s bike hire scheme’s future is in chaos after University of Reading staff said it was not “financially viable".

Councillor Tony Page, the deputy leader of Reading Borough Council, had criticised the university for not offering to help fund the ReadyBike scheme, which is run by HourBike.

He said: "I think it's regrettable the university hasn't yet to put its hand in its collective pocket, bearing in mind the two most popular hubs are at the university."

But the university said the responsibility was not theirs to bear, and that they were ‘surprised’ to be lumbered with it.

A spokesperson said: "The current ReadyBike business model, determined by the council, is not financially viable for the long-term success of the scheme.

"ReadyBike is currently reviewing its plans for the future and the University is in regular contact with them about potential improvements to the scheme to help support it going forward.”

ReadyBike provides 200 bicycles for hire for residents and visitors from 29 locations in Reading and the surrounding area.

The council was originally to fund £130,000 in running costs, but austerity measures have meant this has been pulled and alternative measures have to be found to save the scheme.

Cllr Page said earlier this month, according to Get Reading: "ReadyBike is not some isolated council vanity project, it formed part of a very comprehensive bid to central government for local sustainable transport funding which secured around £25 million of investment.