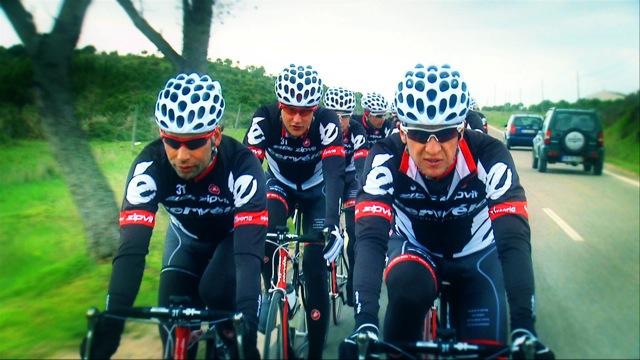 Updated: Cervélo Test Team confirmed to fold at end of the season + video

Cervelo confirmed in a statement released late on Thursday evening that the Cervelo Test Team will fold at the end of this season. In its statement Cervelo said that "certain subtle changes in the rules" had led to a trend towards bigger budgets something with which the company was not comfortable – put simply they were priced out.

"We were okay with the significant commitment we originally made to the team, but to increase it is not prudent.

"To create the best opportunities for riders, staff, sponsors and other stakeholders, a bigger team environment is needed. At the same time, the very positive response to a focus on "more than just racing" has been great," said the statement.

Although the men's team will fold, it is unclear what will happen to Cervelo's highly successful women’s squad, which includes British riders Emma Pooley and Lizzie Armistead, reports suggest it will continue and Cervelo's statement conclusion does appear to leave the door open to the possibility of the women's team continuing:

"We look forward to continued involvement in pro cycling at the highest level with an emphasis on product R&D, as we have since 2003. To that end, we will announce the details soon." it would certainly be much less of a drain on Cervelo's budgets.

Several riders are now expected to move to Garmin-Transitions, which is also set to switch from riding Felt to Cervélo bikes next season – Garmin are currently sponsored by Shimano while Cervelo ride SRAM, the likelihood is that the bikes will revert to the Shimano set ups used in CTT's first year of operation.

Rumours surrounding Cervélo TestTeam and Garmin-Transitions had been circulating for several days, and were even discussed on the forum on the Cervélo website, gathering pace yesterday following a story on the Norwegian website Procycling.no and today directeur sportif told the Dutch website NUsport that there was substance behind them.

"I can’t deny it’s true,” he admitted, adding: “the future will change.” He went on to say that it was now a question of how the team’s demise would be managed, saying he expected it to cease totally, but at the moment could not add anything meaningful.

The decision to end the Cervélo TestTeam male squad helps explain why the team, which currently races under a Professional Continental licence, didn’t figure on the recently published list of teams that have applied for ProTour status next year, as well as why Carlos Sastre was not offered a renewal of his contract.

The Spaniard, winner of the 2008 Tour de France, had already announced that he would be leaving Cervélo TestTeam at the end of this season after agreeing to join Geox, as the current Footon-Servetto team will be known after recruiting the Italian footwear brand as sponsor.

It also means that next month's Tour of Britain could be one of the last races the team participates in. Today, Heinrich Haussler was confirmed as leading Cervélo TestTeam in the eight-day race, with Jeremy Hunt, Ignatas Konovalovas, Daniel Lloyd, Gabriel Rasch and Martin Reimer also expected to start. Phiilip Deignan, Roger Hammond and Brett Lancaster have been named as reserves.

Cervélo TestTeam was formed in late 2008 after Team CSC, now Team Saxo Bank, with which Sastre had won the Tour de France, said that it was switching its frame supplier from Cervélo to Specialized from the 2009 season onwards.

The team quickly established itself as a force in the peloton with a strong showing in the Classics and other one-day races during the early part of its 2009 debut season, and that year Thor Hushovd also beat off Mark Cavendish’s challenge to claim the green jersey in the Tour de France.

Since its inception, the team has featured in the beind-the-scenes documentary series Beyond The Peloton, and you can watch below the second instalment of coverage of this year’s Tour de France campaign, which has just been released.