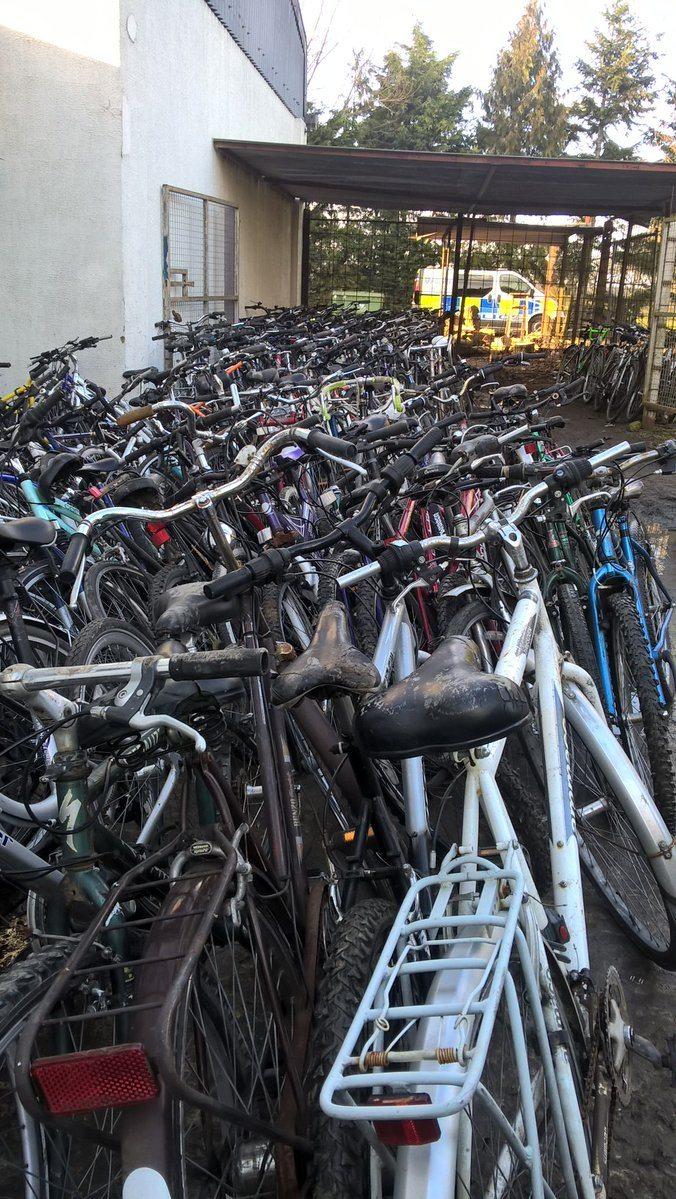 Police in Oxford stop man with two stolen bikes ... and find 164 more in his garden

Police in Oxford who stopped a man who was in possession of two stolen bikes had a surprise when they visited his house the following day to arrest him – they found a further 164 in his garden, and are trying to trace their owners.

Officers from Thames Valley Police stopped the man, who was carrying one bike and pushing along another, in Littlemore in the south of the city on Monday, reports the Oxford Mail.

They subsequently discovered that the bikes had been reported stolen, so on Tuesday went to the unnamed 48-year-old’s home to arrest him on suspicion of handling stolen goods and found the huge stash in his garden.

Police are now attempting to discover which of the bikes now in their possession have been reported stolen by their rightful owners.

160+ bikes seized as a result of a house search following the arrest of a male in oxford. If we find yours, we will be in touch #TVP pic.twitter.com/AkTPYQOShi

The man was arrested and has been bailed until 8 May pending further investigation.

What remains unexplained is why the man’s neighbours did not view such a vast collection of bikes left outside as something out of the ordinary.

In 2014, people living near Maidstone pensioner David Watts complained to the local council about his horde of bikes, kept outside his house, being an “eyesore.”

In this case, the bikes were not stolen – they had been collected by Mr Watts to be repaired or broken up for parts in the second-hand bike business he had set up in retirement.

Heading indoors, in 2011 we reported on a house for sale for almost £1 million in the leafy south west London suburb of Kew that was home to a vast collection of bikes, believed to have once belonged to the Kew Transport Museum.